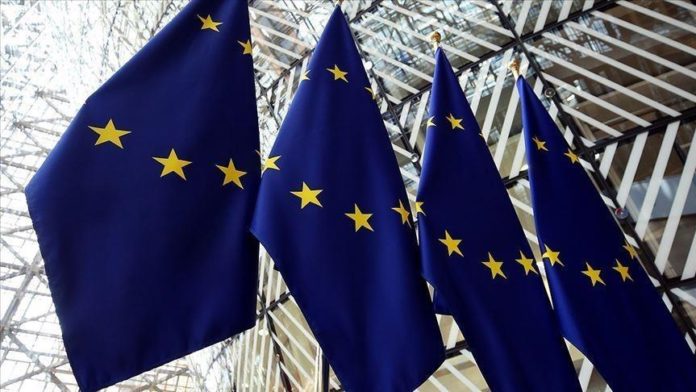 The writer is a faculty member at Political Science and International Relations Department at Istanbul’s Ufuk University.

Last week’s European Union summit in Brussels gave important clues on the future of Turkish-EU relations. Apart from the COVID-19 outbreak, the EU’s relations with Russia and Turkey were among the main topics at the summit.

Ahead of the summit, German Chancellor Angela Merkel’s suggestion to establish direct contact with Russian President Vladimir Putin and French President Emmanuel Macron’s support for this proposal was met with a reaction from the member states, who felt threatened by Russia. So, no agreement was reached on the Russia issue. In this context, it would not be wrong to say that the EU is carefully monitoring Turkish-Russian relations.

The relations between Turkey and the EU had started with Turkey’s application to the European Economic Community (EEC) 62 years ago and the establishment of its legal framework by signing Ankara Agreement in 1963. The relations are now far from talking about Turkey’s full membership of the EU and rights arising from the Ankara Agreement and its additional protocols.

As in the last few summits, EU officials have emphasized that they want to cooperate with Turkey over the refugee problem, and determinations should be made regarding the current situation in the Eastern Mediterranean. On the other hand, it is understood that the expectations on issues such as updating the Customs Union, visa liberalization, and reviving the full membership negotiations, which will mean a genuine opening in the relations and will reflect the vision of the EU for Turkey, are still inconclusive.

The EU, at its previous summit, noted Turkey’s goodwill in Libya and the Eastern Mediterranean, and supported the execution of a “positive agenda”, but kept the issue of sanctions on the table and, in a sense, postponed the solution of the problems. The EU also gave signs that it would follow the NATO summit of June 14 and US President Joe Biden’s attitude towards Turkey.

With this approach, the EU revealed that it adopted the “carrot and stick” strategy against Turkey, while the requests of the Turkish side were dismissed through the recommendations and wishes given by the EU Commission. It looks that the EU still evaluates Turkey in terms of its strategic interests, not its candidacy status.

Although Merkel stated that Turkey has the right to receive all kinds of support and their need for cooperation on the Customs Union, climate change, health, and counter-terrorism issues, she emphasized there were differences between Turkey and the EU in terms of the rule of law and respect for human rights. She said despite these differences, there is a need to move forward on strategic issues. Merkel’s statements were backed by French President and Italian Prime Minister Mario Draghi. European Commission President Ursula von der Leyen also stated that they agreed with Merkel on the extension of the agreement with Turkey and that the issue of updating the Customs Union would be one of the issues on the table at the summit.

Ahead of the summit, news leaks confirmed that the most important agenda of the EU for Turkey is to prevent illegal immigrants from entering EU countries by extending the March 2016 agreement. According to the agreement, the EU will return asylum seekers to Turkey who illegally reaches Greece.

However, as it is understood from the publication of a confidential report by the German newspaper Die Welt, just before the summit, the EU Commission believes that the asylum returns to Turkey so far are very low. In this context, for the EU, the extension of the 2016 agreement is defined as an “important building block” in the future of relations with Turkey.

Under the agreement, the EU is supposed to maintain the 6 billion euros ($7.1 billion) financial support to Turkey. It is recommended to send an additional €3.5 billion ($4.1 billion) to Turkey for Syrian refugees until 2024. In case the recommendation is accepted, this amount can be given to Turkey after the approval of the member states under EU law.

According to Merkel’s statement, after a difficult discussion, an agreement was reached on giving Turkey 3 billion euros ($3.56 billion) for Syrian refugees. In the final statement, the EU summit stated that: “The European Council calls on the EU Commission to present the official proposal without delay for the continuation of the financing to be provided to Syrian refugees and host communities in Turkey, Jordan, Lebanon and other parts of the region.” This shows that a final decision has not been taken on this issue.

According to official figures, there are currently more than 3.5 million Syrians in Turkey, as well as thousands of refugees and irregular migrants from Afghanistan, Iran, and Iraq. It is not an easy task for any country in the world to bear such a heavy burden. And yet, it is not a realistic approach for the EU to want Turkey to get through this with only financial support, and it is not an acceptable approach to bring this issue to the fore by considering Turkey as a strategic partner country rather than its current candidate status. Moreover, the amount of financial aid that the EU has given and promised to give to Syrian refugees is not very adequate compared to what Turkey has spent. At the present stage, this problem needs to be resolved not with partial financial support, but with a holistic approach that also considers the social and political dimensions of the issue.

As a result, there were no sanctions against Turkey at the EU summit. The EU, which wants to keep the refugee issue outside its borders, thinks that instead of seeking an inclusive solution, financial support will ensure that things go smoothly.

At the current stage, the weakening in EU-Turkey relations vis-a-vis Syrian refugees and the Eastern Mediterranean will bring new problems for the parties, and it will become increasingly difficult to find permanent solutions to these problems. The EU, which makes no mention of the Ankara Agreement and the Additional Protocol, which established a partnership relationship with Turkey, is also disregarding the gains Turkey is supposed to achieve with the 2016 Agreement.

This unilateral stance of the EU undermines its credibility in the eyes of the international community while jeopardizing the future of relations. In this respect, updating the Customs Union, which entered into force in 1995, and continuation of full membership negotiations are among the most urgent issues of Turkey-EU relations.

The EU provided a much more advantageous position to third countries even in the free trade agreements it concluded with Turkey after the Customs Union. The EU, which grants visa-free travel to the EU for countries conducting full membership negotiations, still has not granted this right to Turkey, despite the Ankara Agreement and the 2016 consensus.

This unfair approach of the EU, which keeps the sanctions against Turkey on the table at almost every summit, also makes it difficult for the relations to be maintained on healthy ground. Shaping the relations between Turkey and the EU in line with the “positive agenda” and establishing a stable balance is possible not only by considering the interests of the EU but also by meeting the demands of the Turkish side.

On the other hand, although the summit did not make decisions that would be called “concrete steps,” from the point of Turkey’s expectations, the final declaration emphasized preparations of a high-level dialogue with Turkey on issues of mutual interest such as migration, health, climate, fight against terrorism and regional issues. This can be considered as a somewhat promising approach and can be interpreted as an indication that the EU does not want to offend Turkey.

The expansion of cooperation areas to issues such as climate change and the green agenda can create a constructive atmosphere and revive the partnership relationship. However, in the final analysis, the step that will untie the knot in relations will be the EU to decide whether Turkey is a neighboring country, which is seen as a strategic partner, or a possible EU member, which is in negotiations for full membership and presenting its vision.

*Translated from Turkish by Can Atalay

Istanbul Night Flight concerts to kick off in August