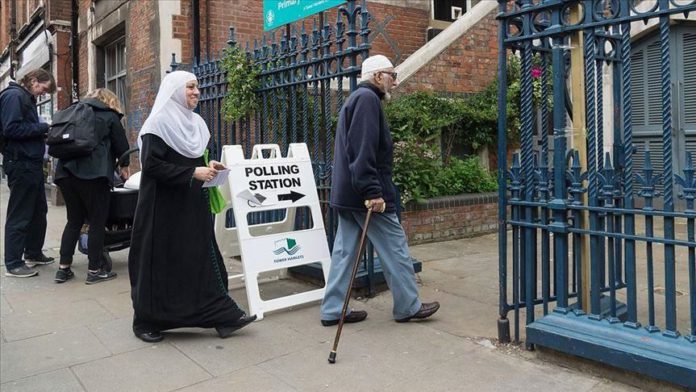 The writer is a political scientist at the University of Salzburg. He is also a non-resident senior research scholar at Georgetown University’s The Bridge Initiative.

A new initiative by several conservative members of the European Parliament (MEP) from Austria and Germany seems to be more of an attempt to criminalize Muslims and expand the surveillance of their religious institutions than an endeavor to empower them.

One should pay closer attention, when an article promoting the creation of a center that studies Islam, starts with the words “The project should by no means be anti-Muslim” – quoting an MEP, who might have exactly this in mind. Three MEPs from the Christian-Democratic European People’s Party (EPP) from Austria and Germany announced to have launched a cross-party and cross-border project proposal, which is an initiative for the establishment of an “EU Research Center for Islam and Democracy” (ERCID). The corresponding EU commissioner in charge is Vice President Margaritis Schinas, who is responsible for “Protecting Our European Way of Life,” a critical title, which sparked outrage with its portfolio covering four policy areas: migration, security, employment and education.

Many observers have pointed out that this title obviously builds on the racist discourse, which has been mainstreamed with the rise of the far-right in recent years, portraying immigrants and people of color as invaders who do not want to assimilate into European societies. These cornerstones do not really give hope for the best point of departure.

According to the first media coverage of the initiative, the ERCID should “strengthen the backs of those Muslims who are already inclined to the European basic values … but are being sidelined by fundamentalist organizations with a lot of Arab or Turkish money.”

So, does the initiative suggest the backing of European Muslims against foreign policy interests of other governments or is it an initiative to domesticate the “wild, barbaric Muslims”?

German MEP Monika Hohlmeier complains that “pro-European Muslims often have difficulty being heard.” On the other hand, she asserts that there are “groups that spread under the guise of religion and represent ideologies that are clearly against European fundamental values.” Yet it is unclear what these “European fundamental values” are and which groups are against these values. But whether this initiative is really about values such as democracy, human rights and equality is highly suspect.

“Sometimes we have to give up our friendliness and naivety of a liberal, open society,” said MEP Hohlmeier to defend the ERCID concept, which says, “The biggest challenge is to start an effective work against Islamist groups and their influence and financial support in the EU.”

According to the report, ERCID should give a certificate to institutions, religious and social communities, which are awarded when they prevent extremism by adhering to the so-called “fundamental rights.” This certificate of approval should then also be a prerequisite for EU grants and other kinds of support. This idea, which sounds like McCarthyism, has a recent history in the Islamophobia playbook.

In June 2017, an initiative was launched with the name European Citizens’ Initiative Against Extremism, or “Stop Extremism” in short, spearheaded by two individuals. Investigative journalists found out that while the budget specified by the EU Commission was €20,000, the initiative drafted a contract for more than €180,000 to pay a PR agency to coordinate a campaign against “political Islam.” We are told from leaked chat minutes what “political Islam” means. “Turkey = Bad, Qatar = Bad, Saudis = Good” was written in one of the internal communications, which cast doubt on the real intentions and (financial) backers behind this initiative. But still, these individuals are very much supported by those conservative politicians who are now launching this center.

In 2017, Stop Extremism called for “the introduction of a joint, EU-wide watch list, to which individuals and organizations with an extremist background could be added” as well as for the introduction of an “Extremism-free” certificate for organizations and businesses. The initiative sounds more like a rebranded McCarthyism that tries to implement new systems of surveillance and policing, an expansion of security apparatuses to govern Muslims against the presence of their racial representations.

Strangely enough, initiatives like these seem to target specifically Muslims, not extremists, and to restrain their scope of activities, which ultimately reflects already existing restrictions in many European countries.

According to the proposal, the ERCID should support conferences on the “Enlightenment of Islam in Europe” and give positions of leadership to certain Muslims, or in other words, native informants. “Leaders of a progressive Muslim community” should be supported in the public discourse, also says the proposal. But what does enlightenment here mean? And what does democracy refer to? Equality for all? Rather, this sounds like a new McCarthyism for Muslims. The central notion of democracy in the name of the center is much too self-evident. Indeed, looking at the tweets of one of the three MEPs in support of this initiative, we can read: “Europe must realize the obligation to work closely with Israel, the only democracy, the only rule-of-law based state in the Middle East, an essential security provider.”

If this is the underlying concept of democracy, then Islam here seems to stand against democracy. And what becomes obvious is that the project, contrary to the promotion of the proclamations, is by all means anti-Muslim.

Pentagon confirms some Colombians accused of Haiti leader’s killing had US...