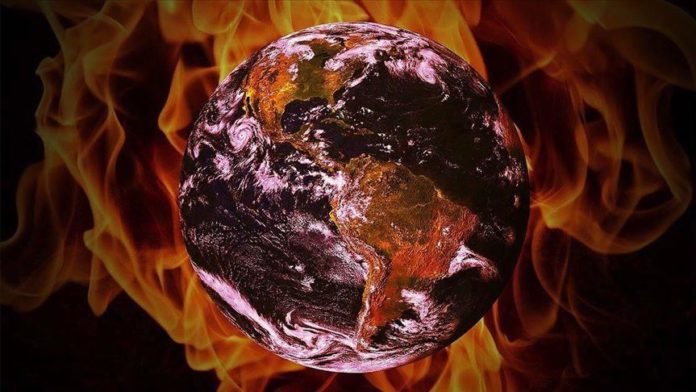 *The Iranian writer holds a PhD in Genetics, Molecular Biology and Epigenetic and works at the Genetics Department of the University of Malaya’s Faculty of Science.

Climate change in the Middle East area is an issue taking on a greater and greater intensity. Middle East countries, especially Iran, will be experiencing an increase of 2.6 degrees C in mean temperatures in the following decades.

It is predicted that the environmental temperature will increase substantially in Southeast Anatolia and the coastal areas of the Mediterranean region, including Iran [2] and Turkey by the end of the 21st century [3]. Iran has been a member of the United Nations Framework Convention on Climate Change (UNFCCC) since 1992 and Turkey became a member in 2004 [4]. Even though both countries are members of the UNFCCC and despite the critical climate situation warnings regarding these regions, the lack of high-quality data and information, the insufficiency of scientific research as well as risk management of natural resources, and the current level of attention given to the profound relationship between human health and climate change are alarming.

The environmental temperature might have fluctuating impacts on many creatures throughout their lives, including humans. This effect may occur yearly, seasonally, or daily, and usually does not remain constant. There is a question to ponder on; how does an organism struggle with long-term or severe temperature changes? [5] Heat exposure will cause a broad range of negative results for human beings, which will start with an unpleasant sensation, continue with decreasing performance in physical activities and cognitive faculties, followed by a number of cardiovascular and respiratory symptoms that will lead to diseases in addition to an increasing number of hyperthermia- and hypothermia-related and heatstroke deaths, all of which mean higher mortality.

Cardiovascular, respiratory and trauma deaths have been reported to increase in extreme temperatures in Iran. It was also reported that diseases like malaria, leishmaniasis and cholera may change pattern and appear in provinces where they were not prevalent before. [2]

Recently, the increasing frequency of extreme weather events due to climate change has shown parallels with morbidity in certain sections of societies. There is a need to identify vulnerable populations. The adverse health effects are often preventable with relatively simple measures; therefore, factors such as age, gender, fitness, subcutaneous fat, shape and form, health, medication, adaptation will affect the heat balance. The development of management at the initial steps of the vulnerability will improve the function and working ability and reduce healthcare costs.

It was estimated that, without accounting for harvesting activities, summer heat accounted for the loss of approximately 23,000 years of life per year during the 1990s. During these years, 55 % of life lost was among individuals younger than 75. A trial study confirmed that mortality displacement was applied in society for 30 days; the overall impact was reduced by 75% on the average count. Harvesting was more pronounced in North-continental cities than in Mediterranean cities and was stronger among young people than among the elderly. [6].

The estimate of the threshold during the period evaluated was 29.4 degrees C for Mediterranean cities and 23.3 degrees C for North continental cities. It was estimated that only a 1-degree C increase in maximum apparent temperature above the Mediterranean cities’ threshold was 3.12%, and for North continental cities 1.84%. The highest mortality rate was seen in elderly people and due to respiratory diseases, demonstrating that the segment of the population most vulnerable to heat were elderly people. Subsequently, those with chronic diseases, children, women above 65 years of age, and people adapted to cold climates had serious difficulties coping with heat, and overall they were considered a vulnerable population.

Socioeconomic factors such as social isolation, air-conditioning usage, exceptional situations (such as long electricity blackouts), and lack of experience in dealing with the new environmental conditions are considered as other factors that increase the mortality rates in these areas. In critical circumstances, individuals taking appropriate approaches towards heat are essential. In healthy people in the population, the amount of exposure to heat, exercise, clothing (i.e. use of textile materials with good moisture transfer qualities), nutrition and hydration are essential. In the at-risk population, right adjustment of medication, treatment, proper behavior in crisis are very important. Lastly, there are discussions on organization management in terms of changing the workplace rules for reducing the time individuals are exposed to heat. In conclusion, human lifestyle plays a vital role in coping with climate change and heat exposure [7].

The impact of climate change has been significantly threatening human health based on different parameters. Temperature is a dangerous abiotic factor that affects organisms on an ecological level through infiltrating their molecular and cellular structures. Temperature (heat-cold) is a measure of the kinetic energy of the molecules in a system. Environmental temperature has a direct effect on the molecular response and enzymatic activity of animals and subsequently has a direct impact on the rate of the disease.

At this stage, a question arises: what other mechanisms might be affected in response to thermal stress? An additional serious question also suggests itself: what effects does temperature have on enzymatic activity?

Enzymes are protein molecules activated in their tertiary structure. An enzyme may become inactive by an inhibitor or under adverse thermal circumstances. The enzyme activity would reach its highest range in the optimum thermal condition and will decrease in high temperature due to denaturation.

All enzymes have a range of temperatures for their activities. In eukaryotes, the enzymes have an optimum temperature that is the best reaction for their optimum enzymatic activity, which in humans is around 37 degrees (98.6°F), the average body temperature. Enzymes’ activity has an interdependent interaction with high temperatures [8]. All animals have the capacity to adapt to the environmental temperature, albeit in limited scopes. In order to survive, animals from hot climates such as deserts and tropical climates adapt their enzymatic activity to the highest optimum range.

In contrast, animals from cold weather adapt their enzymatic activity to the lowest optimum range [9]. Even though the animals have this adaptation capacity to the temperature limits, there is still a limited tolerance range for their enzymatic activity and survival [10]. These limited ranges are the two ends of the enzyme activity. Enzymes are proteins, and they will break down at temperatures above 40 degrees Celsius (104 °F) [11].

Most animal enzymes will lose their activity above 40 degrees C. In high temperatures, the active site of the enzyme will be denatured and lose its 3D structure. The temperature, therefore, has a strong effect on enzyme activity [11]. And the deficiency in enzymatic activity due to heat caused by climate changes will subsequently cause respiratory diseases, cardiovascular diseases, mental health problems [12, 13], and different types of cancer [14].

[4] Wikipedia, List of parties to the United Nations Framework Convention on Climate Change.

[7] MIkäheimo, T., The effects of temperature on human health. Institute of Health Sciences, University of Oulu, 2013.