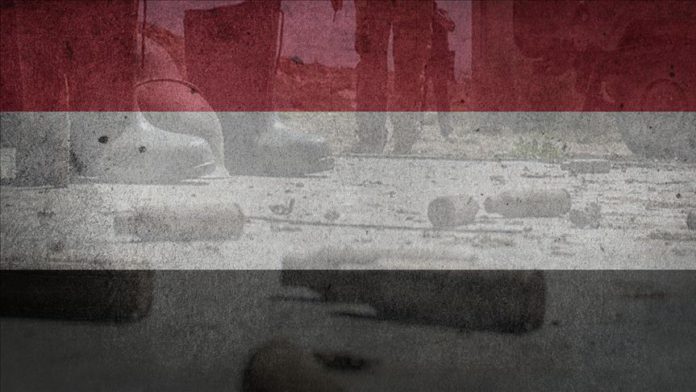 The writer is a researcher and journalist focusing on conflict and geopolitics in the Middle East and North Africa, primarily related to the Gulf region.

Yemen’s fragile Riyadh Agreement effectively met its demise after the UAE-backed Southern Transitional Council (STC) declared nominal ‘self-rule’ and a state of emergency on April 26. This came as part of its bid to establish an independent southern state per pre-1990 unification lines when Yemen was divided into the North and the South.

Such an outcome was inevitable, given the ongoing frictions which have prevented the STC and Yemen’s internationally recognized government of Abdurabbuh Mansur Hadi from implementing the Saudi deal brokered last November, designed to unify them into a power-sharing government.

Yet there were never any real desires to implement it. And rather than a legitimate peace deal, giving an equal say to Yemen’s many diverse political aspirations, it simply aimed to appease Saudi Arabia and the UAE’s diverging geopolitical ambitions, to prevent their otherwise strategic alliance from collapsing, following their divergent strategies in Yemen. Though the STC’s coup in Aden against the Riyadh-backed government last August showed the world that Saudi Arabia and the UAE were not on the same page, these differences had developed previously.

Even in January 2018, the STC, having emerged the previous year, rebelled against government forces in Aden, surrounding the presidential palace in the de-facto capital. Though it was quickly resolved, tensions still lingered. While the STC initially supported the deal, the faction saw it as a means to achieve future southern independence through negotiations.

Yet Hadi saw it as an opportunity to re-align the separatist forces against the Houthi forces – something he was desperate to do as the Houthis have secured control over the north, and the STC’s separatist ambitions threatened his influence there. Refusing to concede any ground to the government, and blaming it for still hosting the Islamist Islah party which it opposes, the STC initially withdrew from the deal on January 1; and while it reluctantly returned to the agreement, clashes erupted between both sides on March 21. Tensions in Yemen’s geo-strategic Socotra island have continued, as STC-aligned militias with Emirati backing seek to wrest it from pro-government forces’ control.

Saudi Arabia’s intervention against the Houthi insurgency in September 2014 allowed such a fractured situation to emerge, as it had no real long-term plan for the country’s political stability.

Riyadh’s air force targeted schools, hospitals, marketplaces, and other key infrastructure, seeking to bring the Houthis into submission and impose its own geopolitical will on the country. Moreover, it clutched onto the Hadi government, whose influence on the ground has faded and is still exiled in Saudi Arabia. Riyadh’s policies effectively further destabilized Yemen, allowing other factions to exploit this vacuum.

Meanwhile Emirati-backed southern militias, originally independent from the government and designed initially to fight the Houthis, gradually became the most dominant southern force throughout the five-year-long war. Though a member of Saudi Arabia’s coalition, Abu Dhabi sought control of southern Yemen and its coastal ports, to bolster its own global maritime trade.

Even with the Riyadh Agreement declared, it still seeks to prevent Hadi reclaiming control over the south, as he previously scrapped an Ali Abdullah Saleh-era agreement, granting the UAE access to Aden’s strategic port. Hadi now possesses little authority on the ground, while the STC has more physical control in the south. Due to the war and Hadi’s absence, and with a lack of central governance, Yemen has long been heading towards international divisions. The country already has two central banks, popular support has arisen for southern secession, and Yemenis often identify themselves as belonging to their own individual fractions, rather than a unified Yemen.

Though the international community and Saudi Arabia still urge the STC to uphold the Riyadh Agreement, continued pursuit of this pact will only worsen Yemen’s divisions and prolong its instability.

Though Emirati Minister of State for Foreign Affairs Anwar Gargash claimed Abu Dhabi supports reunification and that it opposes the STC’s decision, the UAE arguably wants the Riyadh Agreement to fail, in order to prevent Hadi regaining any kind of control over the south, and thus thwarting its geopolitical ambitions. It could even continue backing future efforts to consolidate the STC’s influence.

Meanwhile, the fixation on salvaging the Riyadh Agreement enabled the Houthis to exploit it, after the faction has already consolidated its control in Yemen’s north. It launched another campaign to capture Marib and al-Jawf in January amid the previous focus on the Riyadh Agreement. The STC’s rebellion offers a new distraction in which the Houthis could resume further operations, and ultimately benefits its Iranian backers, allowing Tehran to consolidate its influence in Yemen and become a greater political actor in the country.

There could even be a short-term alliance of convenience with the STC and Houthis, given their shared opposition to the Hadi government and Islah party, which would allow them to consolidate their respective positions in the south and north.

Yet the STC faces an obstacle in that it does not fully control the south; southern governorates unanimously opposed its self-rule declaration. With Hadi government and Islah forces still retaining influence, particularly over the oil-rich Shabwa governorate, which risks a greater power struggle there, the STC would need to impose its will by military force, to secure such vital regions for any realistic southern state.

Yemen will further drift towards decentralization, yet it will do so in an uncontrolled manner; one that is sabotaged by ongoing regional interference in the country. While the international community fails to address the role of these actors, and push for a legitimate peace solution, there will be no lasting agreement that ensures Yemen’s future stability.

Among its other humanitarian woes, this will further hinder Yemen’s abilities to deal with the current coronavirus pandemic, which has been reported in the country. Though there is only a small number of confirmed cases and deaths, authorities would still struggle to know how widely the virus has truly spread and contain it, given its collapsed healthcare system from the war.