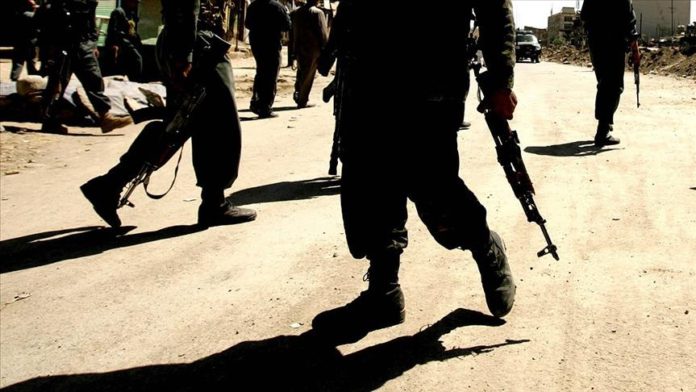 The deteriorating security situation in Afghanistan especially in towns bordering Tajikistan and Uzbekistan has exposed the inadequate capability of the Kabul government led by President Ashraf Ghani to coordinate and execute military response effectively so far. This in turn has degraded the security environment both nationally as well as regionally.

Analysts are looking for possible factors behind the quick collapse of positions manned by the Afghan National Army (ANA) especially along the borders with Tajikistan and Uzbekistan. Some attribute it to flaws in the execution of withdrawal plans by the US and its NATO allies, while others blame miscalculated estimations about the ANA’s defense capabilities to withhold and counter any pressures.

According to Tajikistan-based expert Kosim Bekmukhammad, the success of the Taliban in some provinces may be due to miscalculations by Afghanistan’s central authorities about their capability in ensuring security.

“It is also possible that some powers in Kabul have intentionally allowed seizing some districts in northern Afghanistan. This step was meant to suppress popular non-Pashtun individuals and parties,” he said.

In this context, we can see geopolitical interests of some regional actors,” Bekmukhammad said. He mentioned the growing influence of the Taliban even in non-Pashtun districts, especially in Tajik-speaking ones. They have been swift in taking advantage of logistic failures and lack of adequate political coordination on part of the decision-makers in Kabul.

At the same time, it also allows the Russian military to strengthen its presence in Central Asia under the pretense of countering the increasing threat of the Taliban.

Former Deputy Army Chief of Uzbekistan Shamil Gareev predicts that the Taliban are likely to take over Afghanistan. But it is difficult to say whether they will be aggressive towards their Central Asian neighbors. It can be assumed that having come to power, the Taliban leadership will stick to non-interference in the affairs of their neighboring states. Although direct armed aggression by Afghan illegal armed groups into the Central Asian countries is still unlikely, some individuals may resort to some adventures.

Gareev does not rule out a risk that some individual elements among the Taliban, with “the financial support from Russia’s rivals may potentially encourage the development of illegal armed groups in the Central Asian countries”.

According to Bekmukhammad, the Americans who decided to leave the country at a critical moment have disappointed the state authorities in Afghanistan’s districts. Their “irresponsible” behavior has left many Afghan officials and military personnel to doubt their future prospects.

“In other words, the tense political and military situation in northern and northeast Afghanistan can potentially cause harm to the residents of these border districts on both sides. A Russian news channel said that a precarious security situation coupled with porous borders could encourage “Trojan Horse” elements to penetrate Uzbek and Tajik borders to destabilize the region.

It is not only the deteriorating security situation but, Afghanistan’s trade and economic relations with the Central Asian republics are also suffering significantly as the border crossing at the Sherkhan post in southern Tajikistan has been closed for two weeks, causing a significant drop in trade between the two countries.

Russian commentator, Valentine Bogdanov claims that a section within the ANA is “in a state of mass surrender”. He points out that entire subdivisions not just from the regular military, but even from the militia are surrendering weapons before the Taliban.

The Taliban while displayed their ever-increasing strength, have so far shown compassion. At places, government troops were allowed to leave with their weapons. Some of those who surrendered their weapons were given money to return to their home. News channels in Russia have been showing footage of the Bagram airbase evacuated by the US forces based there in early July.

“This autumn the rise of [Taliban’s] black and white banners could be expected in place of the stars and stripes or Afghan national flags over the concrete towers, which are surrounded by barbed wire for kilometers at stretch,” said Bogdanov.

US Senator Jim Risch, a member of the Senate Foreign Relations Committee, recently voiced his deep reservations about the decision to withdraw all US forces from Afghanistan by September without a plan to ensure the continuation of critical counterterrorism operations.

“There are options in-between departing Afghanistan entirely or remaining there forever. This decision severely hampers any chances of a negotiated peace, and puts our hard-fought counterterrorism gains at risk,” he said.

Greece: Hundreds of animals to perish at old airport site

Yemen: One soldier killed in attack on military camp