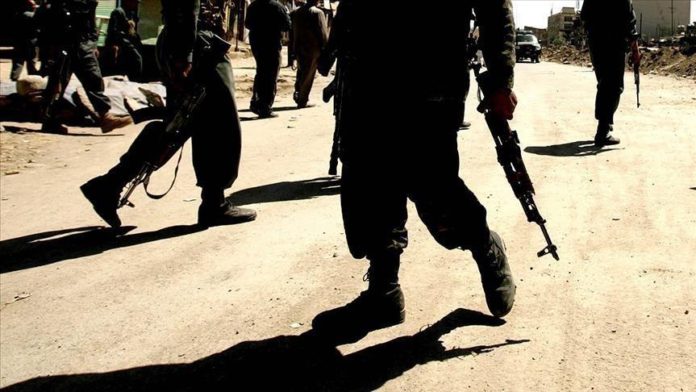 ​​​​​​​The situation evolving in Afghanistan continues to influence the regional dynamics prompting the concerned states to realign their position to thwart common threats and strive for mutual gains jointly.

Speaking in Tashkent at a conference on regional connectivity between Central and South Asia, Uzbekistan’s President, Shavkat Mirziyoyev, has called for strengthening peace and cooperation between our countries, building an open and constructive policy meet the common interests of all states of Central and South Asia. He hoped that the formation of stable trade, economic, transport, and communication ties, which should become the main driver of the further development of our countries and the entire vast region in the long term.

A key observation echoed at different levels in Tashkent is that a positive approach for inclusive and constructive engagement can allow both Central Asian and South Asian states to contribute towards regional stability in order to turn inter-regional cooperation into an effective forum to facilitate peace and development for all participants countries like.

Calling Afghanistan as one of the key links in the practical interconnection of Central and South Asia, Mirziyoyev hoped that “interregional partnership will become an important factor in establishing peace and stability and reviving the economy in that country.”

The plans for promoting transport, logistics, and energy projects, which are connecting Central and South Asia, must fully take into account the security situation on the ground, Russian Foreign Minister Sergey Lavrov said at the same conference adding that “the Afghan crisis is aggravating the threat of terrorism and illegal drug trafficking, which has grown to an unprecedentedly high level.” He warned that “the current situation is fraught with the danger of a spill-over of the instability into neighboring states.” Lavrov named the risk of this spill-over scenario as “a major obstacle to the efforts to involve Afghanistan in regional cooperation.”

Lavrov referred to the general military and political trends in Asia, where new strategies and concepts are emerging, which without naming the United States he alleged were “aimed not at uniting efforts towards collective work but at the containment and isolation of rivals. Such strategies are unlikely to help create a favorable atmosphere for achieving the high goals”.

Only a comprehensive settlement of the internal Afghan conflict will create the conditions necessary for the successful implementation of economic projects and initiatives involving Kabul. Therefore, we think that the establishment of a strong peace in Afghanistan must remain a collective priority both in the region and on the international stage. The implementation of our economic development plans requires the mobilization of our political will and joint action to ensure regional security.

Reflected by series of consultations taking place in the Central Asian capitals in recent days, a realization gathering momentum about the need for the regional actors to play a role to rescue and salvage the deteriorating situation in Afghanistan. As a result of such intensive interaction is expected to help the concerned parties reach a balance of interest which would prove crucial to contribute to stability in the region.

Alongside the regional conference, the foreign ministers of Kazakhstan, Kyrgyzstan, Russia, Tajikistan, Turkmenistan, and Uzbekistan, met in Tashkent on July 16, 2021, noting that the current situation in Afghanistan in connection with the prospects of ensuing escalation of hostilities between government forces and the Taliban, especially in some of the northern provinces bordering Central Asia, cause serious concern. In the wake of the new geopolitical realities, it was necessary to continue looking for opportunities to stabilize the military-political situation and the establishment of peace in Afghanistan. In this regard, all parties to those involved in the conflict in Afghanistan are urged to refrain from the use of force and destabilizing actions in order to ensure an enabling environment for the advancement of the peace process.

In order to develop coordinated approaches to end the long-term war and the establishment of Afghanistan as a peaceful, independent, and sovereign state, Central Asian states, and Russia encourage holding constructive negotiations between the official Kabul and the Taliban Movement. The Foreign Ministers meeting declared that they were convinced that a comprehensive and sustainable peace in Afghanistan could be achieved only through direct inclusive negotiations on a political settlement between the Afghans themselves, under the leadership of the Afghan people, and with more active assistance from states and international structures in the reconstruction of Afghanistan in the post-conflict period.

A key takeaway of the conference is that the realization of the geographical factors keeps the states in the Central Asian region exposed to risks of rivalry and conflict. Yet, at the same time, interlinking the region for future cooperation could turn the same geography into an asset for all to gain.