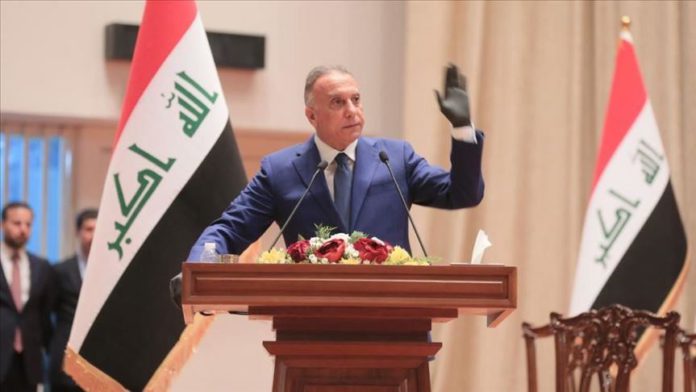 Mustafa al-Kadhimi’s government was established six months after Adel Abdul-Mahdi resigned due to the anti-government protests, which started in Iraq in September 2019.

It seems difficult for the al-Kadhimi government to please the political parties as well as the people at the same time in the medium and long term, given that the parties that make up the sectarian distribution system have vastly different interests. Other, side factors, such as the Iraq policies of the US and Iran, the COVID-19 pandemic, and the course of the world oil markets, will play minor roles in the al-Kadhimi government’s success.

Anti-government protests, centered on complaints of inadequate public services, unemployment and corruption problems not resolved by successive governments in the post-2003 period, have been organized in the central and southern provinces of the country. They have been primarily a challenge to the post-2003 political order, namely, to the dominant political parties. After approximately eight thousand people were injured and five hundred people died, the Adel Abdul-Mahdi government resigned.

The late establishment of the government in Iraq reveals the different interests and long negotiations among the political elite. Because of the vastly different interests in question, which resulted in a failure to satisfy the political parties, Muhammad Tawfiq Allawi could not get a vote of confidence in his attempt to establish a government of technocrats on Abdul-Mahdi’s resignation.

After Allawi, President Barham Salih mandated Adnan al-Zurfi, and not the political parties, to establish the government, but al-Zurfi was not accepted by either the pro-Iranian Shiite political parties or Iran.

As for the US, during the Trump administration, it is concerned with the establishment of a government that will follow a balanced policy in Iraq, since the US policy on Iraq is based on limiting Iran in the region. The US supports prime minister candidates who will keep pro-Iranian Shia militias under government control.

But Iran’s support for Mustafa al-Kadhimi, the president of the Iraqi National Intelligence whose name had been circulating in the backstage, eventually paved the way for his nomination. The green light of the US on the candidacy of al-Kadhimi came with the promise that he would keep all non-state militias under control.

On May 9, after the al-Kadhimi government began its duty after obtaining a vote of confidence, the US renewed the waiver for Iraq to import Iranian electricity for 120 days. Therefore, al-Kadhimi established the government as a candidate supported by the US and a new prime minister awaiting recognition by Iran.

The al-Kadhimi government is facing a difficult situation due to the overlapping of different and conflicting political interests of the US and Iran and the political parties in Iraq. The oil prices plummeting by half due to the COVID-19 pandemic poses another challenge for al-Kadhimi. In a country where oil revenues constitute 90 percent of the budget, continuing to pay the salaries and pensions will be truly challenging.

It was the oil revenues that maintained the political order in the post-2003 period and somewhat provided stability. In the ethno-sectarian distribution system, in which all political parties control parts of the state resources in proportion to the seats they have won in the elections, political parties have engaged in a fierce competition to develop patronage networks. Public sector employment has become the main tool for establishing these patronage networks due to its dominance in the economy.

Salaries and pensions, which have been on the rise since 2005, totaled almost 50 billion dollars in 2019. It is estimated that they will reach 50 billion in 2020. This huge figure caused major problems during periods when oil prices fell and had to be cut, but it went back to normal when such oil-related crises ended.

This obligatory expenditure by successive governments came at the expense of spending on public infrastructure and building the country’s capital stock, which are the essential foundations of a sustainable economic growth.

Misspending, the state’s weakness in enforcing the rule of law, its stifling bureaucracy, and its central role in the non-oil economy through the control of oil rents (another vehicle for the extension of party patronage networks) have all inhibited the private sector’s growth in formal economy and its ability to generate decent jobs.

Therefore, the private sector of the country continued its development largely in the informal economy. Since the Iraqi economy does not have solid foundations, it remains vulnerable to price fluctuations in the oil market.

The al-Kadhimi government, established on May 7 after getting a vote of confidence from 15 ministers of the 22-minister cabinet, announced that its priorities would be to combat the COVID-19 pandemic and hold those responsible for the death of anti-government protesters into account.

Lt. Gen. Abdul Wahab al-Saadi, whose dismissal from the Counter Terrorism Service in late September 2019 by Adel Abdul-Mahdi had helped to spark the mass protests, was appointed as the head of the Iraqi Counter-Terrorism Service again by Al-Kadhimi. Unlike the previous governments, the Interior and Defense ministries are not vacant in the al-Kadhimi government.

It is an important development that these two ministries are not vacant in a period when Deash is trying to take advantage of the COVID-19 pandemic and increasing its attacks in Iraq.

While the formation process of the al-Kadhimi government continues, the post for the Popular Mobilization Committee (the leadership of the Hashd al-Sha’abi) and the Central Bank of Iraq (CBI) will also be subject to heavy negotiations. The appointments to these posts will be significant given the important place of the Popular Mobilization Committee in the US-Iranian tensions.

The nominee for this post will partially reflect al-Kadhimi’s strategy towards this pressing issue. The issue of who will be appointed as the head of the CBI will also be significant in terms of resolving Iraq’s current financial crisis.

Of all the obstacles that need to be overcome, the ethno-sectarian distribution system remains the biggest one in the al-Kadhimi government’s path toward success. The course world oil prices will take and the development of the COVID-19 pandemic will also be important.

Although he is confronted with the US-Iranian tensions, a highly likely economic crisis due to COVID-19, and sagging oil prices, al-Kadhimi can still be successful if he manages to act like a tightrope walker, keeping the internal and external variables in balance in the medium and long term.

*The writer is a researcher and an M.A. student at the Middle East Institute of Sakarya University