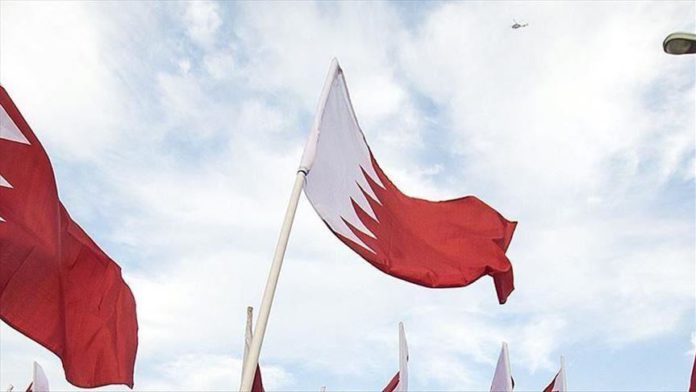 There has been a pattern in the Gulf region with regard to the normalization process with Israel. Kuwait being the exception not fitting this pattern, all other Gulf states seem to be willing to establish diplomatic relations with Israel. Saudi Arabia has been cooperating with Tel Aviv in the area of intelligence sharing. Qatar has been one of the most important trade partners of Israel in the Gulf at least from the 2000s on. Recently, former Omani ruler Sultan Qaboos has welcomed Israeli Prime Minister Benjamin Netanyahu. Bahrain has repeatedly made a call for having peace with Israel. The United Arab Emirates (UAE) has also signed several deals with Israeli security companies and has been cooperating with Israel on many regional fronts. As is obvious, there has been a warm stance within the Gulf towards Israel.

Recently, these partially hidden desires to normalize relations with Israel started to become a reality. US President Donald Trump announced a deal between Israel and the UAE that would allow the two countries to establish diplomatic relations. The decision of the UAE to normalize relations with Israel has been considered one of the turning points in Middle East politics. The move came following US President Donald Trump’s initiatives to create an alliance in the region that includes Israel and other regional actors, particularly Gulf states. The UAE was the first to respond to that call and took the lead in normalizing relations with Israel. It was also argued that other countries, such as Bahrain, would follow suit and normalize relations with Tel Aviv. Just like the UAE, Bahrain has been busy setting the right scene for normalization with Israel. To this end, Bahrain has hosted anti-Iran and pro-Israel conferences, and staked its prestige on its role in the Deal of the Century.

US Secretary of State Mike Pompeo’s visit to Israel, UAE, Bahrain, and Sudan this week is another indication of possible normalization between Bahrain and Israel. Before the visit, it was suggested that Pompeo would finalize details about the normalization process. However, much to the surprise of many, Bahraini leadership reaffirmed its support for a two-state solution in the Israel-Palestine conflict. Despite its statements in this regard, Bahrain remains one of the most ardent pro-Israeli actors in the region.

A closer look at Bahraini foreign policy would reveal a number of clues that affirm the willingness of the Manama leadership to establish better relations with Israel. Signs of such a rapprochement appeared during the past weeks. It was recently reported that Israeli intelligence service official Yossi Cohen spoke to Bahraini Prime Minister Khalifa bin Salman al-Khalifa. Despite the absence of an official announcement regarding the conversation, Israeli news agencies reported that the two officials discussed the remaining details about the possible normalization of the relationship between the two countries. Another direct involvement of Bahrain in the Palestine-Israel issue was a high-profile gathering led by Jared Kushner, advisor and son-in-law of US President Trump. It was at this gathering that Manama hosted, Peace to Prosperity Workshop, where Kushner unveiled his plans for the future of Palestine. The meeting welcomed high-profile figures from other Gulf countries as well as several participants from Israel who do not hold official positions. Given these developments, Bahrain’s sympathy for Israel and its desire to normalize relations with Tel Aviv does not come as a surprise to many.

This stance of Bahrain is not an independent position though. For decades, Bahraini foreign policy has been strongly intertwined with that of Saudi Arabia. Despite having a majority Shia population, Bahraini leadership is a Sunni family and their foreign policy objectives have been in line with Riyadh. Ruled by the Sunni Al-Khalifa family since the early 18th century, Bahrain shaped its foreign policy in the face of the growing Iranian threat that stems from historical and current Iranian claims over Bahrain and its population. This is in parallel with the foreign policy objectives of Saudi Arabia. During the past few years, however, Bahraini foreign policy has fallen into the orbit of the UAE. On many occasions, the Emirati leadership forced Bahraini rulers to follow in its footsteps in foreign policy issues, such as the military coup in Egypt, the blockade on Qatar, the tough rhetoric against Iran, and the hostility toward Turkey.

With such a foreign policy perspective, Bahraini authorities have gone so far as to condemn and denounce Turkish statements regarding the UAE in terms of its growing involvement in Libya. An official statement made by the Turkish Ministry of Defense responded to the Bahraini statement. The statement slammed the Bahraini stance and urged Manama to dissociate itself from the aggressive and destructive policies of the UAE. With that maneuver, Bahrain has demonstrated that it does not have a political perspective of its own and it has merely been closely and helplessly following that of Saudi Arabia and the UAE.

Bahrain as a veiled PR campaigner

Another interesting component of Bahraini foreign policy is its activities that seek to strengthen the image of the Emirati-Saudi axis globally. In this regard, Bahrain has been involved in various PR campaigns and think-tank funding activities. In one such incident, it was revealed that the person who was heading the Bahraini PR campaigns in Europe actually had fake academic credentials.

It was recently uncovered that Bahraini authorities have been investing in Mitchell Belfer, who is the president of the Euro Gulf Information Centre (EGIC) and the editor-in-chief of the Central European Journal of International and Security Studies. It has been indicated that Belfer also holds a position in Prague Metropolitan University as the head of the International Relations department.

However, in July 2020, Prague Metropolitan University removed the profile of Mitchell Belfer from its website without making any explanation. It was later revealed that Belfer did not hold a PhD degree and he was removed from his position at the university. The Euro Gulf Information Centre also removed the profile of Belfer.

The news became public in social media after many international outlets as well as academic Marc Owen Jones unveiled the secret ties between Bahraini authorities and Mitchell Belfer. Jones claimed in his blog that Belfer did hide where he got his PhD from, and that according to the official records, he does not even have one. The main claim is that Belfer has put serious effort into distorting the Iranian image with an astute pro-Bahraini appearance. Belfer’s connection to Bahrain dates back to 2011 when he wrote a commentary for the Wall Street Journal about the protests in the country. Belfer upheld the argument that protests in Bahrain had been triggered by Iran. In his other writings, Belfer took a very anti-Iranian stance while praising the role of the Emirati and Saudi leaderships in the region. Therefore, it was claimed that Belfer and the Euro-Gulf Information Centre was funded by Bahraini officials even though there has not been any official explanation in that regard.

Bahrain was previously involved in a secret funding case for a prestigious British think-tank, the International Institute for Security Studies. In 2016, it was revealed that Bahraini royals were covertly funding IISS to organize the Manama Dialogue, where figures such as Egyptian President Abdel Fattah al-Sisi and the then British Foreign Minister Boris Johnson were speakers. The Manama Dialogue was a high-profile event and attracted experts, politicians, diplomats, and public figures from Middle Eastern countries.

What next for Bahrain?

In a politically volatile and economically inconsistent region such as the Gulf, Bahrain has been going through hard times. In recent years, Bahrain has been bailed out by a stimulus and financial stability package worth 10 billion dollars. The package was delivered gradually by Saudi Arabia, UAE, and Kuwait. As it is seen, in the case of Bahrain, certain foreign policy priorities come to the fore. It will be seen that the most important foreign policy priority is to deal with the Iranian threat in order to ensure the survival of the regime. In fact, this is possibly the main reason why the al-Khalifa dynasty has taken a completely pro-Israel position alongside Saudi Arabia and the UAE. However, Bahrain’s problems, especially with regard to financial stability and budget deficit, herald more difficult times to come. These days when the global economy is also squeezed, addressing the Iranian threat vigilantly may be the least of Bahrain’s problems.

To sum up, we can say that Bahrain seems the most enthusiastic country within the Gulf region that would normalize its relation with Israel after the UAE. Many expected that the move would come sometime after the US Secretary of State Pompeo’s visit and before the US elections in November. Therefore, it could be easily argued that Bahrain’s will to establish diplomatic relations with Israel is diverted by the US. On the other hand, the main driver of the Gulf-Israel normalization is the UAE-Saudi Arabia axis, more specifically the de facto rulers of these countries, Mohammed bin Zayed and Mohammed bin Salman. In this sense, Bahrain’s move to be a diplomatic friend of Israel cannot be understood correctly as separate from the UAE-Saudi Arabia axis. Serving the interests of this axis, Bahrain has launched a PR campaign for fixing the international image of the UAE-Saudi axis and to convince the Arab public that Israel is not a direct threat to Gulf nations. It was also peddled that the real threat for the region is Iran, along with Turkey.