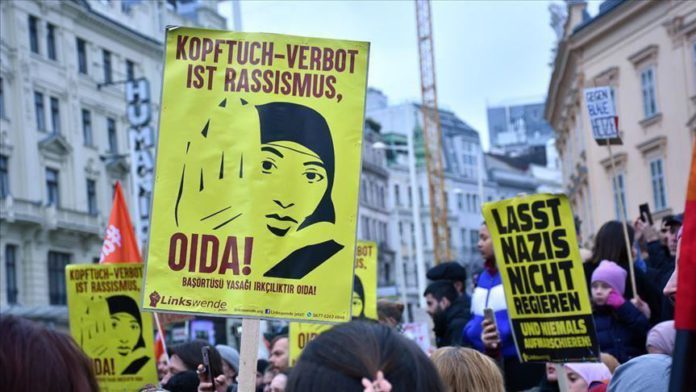 The writer is a political scientist at the University of Salzburg. He is also a non-resident senior research scholar at Georgetown University’s The Bridge Initiative.

The integration minister of the Austrian government has set up a unique new center to document what it calls “political Islam”. But the attempt to “fight the dangerous ideology of political Islam”, as the minister claims, turns out to be the latest step in surveilling Muslims and pushing Muslim civil society organizations to the margin.

The project was praised by all three presenters as a pioneering move in Europe. Integration Minister Susanne Raab, a longtime fellow of chancellor Sebastian Kurz from the governing Austrian People’s Party (ÖVP), has presented the establishment of a documentation center together with two “experts” from the affiliated board, the German theologian Mouhanad Khorchide and the director of the Programme on Extremism at George Washington University, Lorenzo Vidino. Khorchide, who is a widely celebrated “moderate” Muslim, has been known for unequivocally supporting the closure of mosques by Austria’s previous far-right government, which was later ruled to be illegal by the court of administration. And Vidino has been frequently used by the Kurz-led government to support their claims against “political Islam”, although –or rather, because– he has a dubious history with anti-Muslim networks.

The coalition agreement between the People’s Party and the Greens that was presented in January 2020 mentioned the establishment of a “research and documentation center for anti-Semitism, religiously motivated political extremism (political Islam) and racism in the 21st century.”

But the only thing in this agreement left undone was the setting up of a center to actually monitor “political Islam”. And this term has a bad history in Austrian daily politics, becoming especially effective with the previous government, when Sebastian Kurz’s People’s Party coalesced with the far-right Freedom Party of Austria (FPÖ). During the 15 months of the coalition, the government implemented a hijab ban on children in kindergarten and attempted to close mosques and the Arab Islamic Community of the Islamic Religious Authority.

All of these measures were legitimized by presenting it as a means to fight “political Islam”. And last year’s annual report of the Intelligence Service, the BVT, clearly revealed what was at stake: to criminalize Muslims who pose an obstacle to “assimilation”. Anti-Muslim feelings went so far that the general secretary of the ruling People’s Party even demanded that a ban on fasting be instituted in schools for pupils, something previously known only in totalitarian Communist societies. As is the case with the newly set up center, funded with half a million euros by the Integration Ministry, the government claims that all of these policies are aimed at protecting Muslims themselves.

But if the hijab were banned on the grounds of fighting political Islam, what would this center be monitoring? According to Minister Raab, the center is there to “map the associations, look at the structures and ideologies behind them, see which associations are good partners and which are not and which associations would receive no funds.”

She wants to have an annual report on so-called “parallel societies”, which is just another name of an imagined “Muslim ghetto”, which simply does not exist in Austria. Raab has asserted that this project is not directed against Islam, rather it is aiming to “fight against the dangerous ideology of political Islam” and to “contain extremism and foreign influences”. But given the history of the Peoples Party’s agitation against “political Islam”, it sounds unlikely that the government would not be further estranging Muslims, especially those organized in civil society organizations.

As Khorchide argued in the press conference, for him, political Islam presents itself as pro-democracy and equality, while having a hidden agenda. This conspiratorial language is further amplified by the drastic language of the minister, who said: “Political Islam is a poison for our community and social life and it should be fought by all means.”

But it rather seems that the agenda of the Austrian People’s Party is to force Muslims to fully assimilate into the society and ensure that they are not treated based on the same constitutional rights as other religious groups. Increasing surveillance on Muslims, however, will only serve to further estrange Muslims from the government and the state institutions.