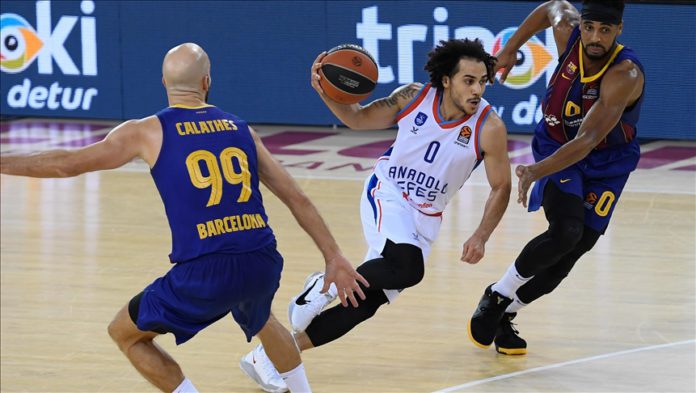 Micic became the highest scorer of his team with 26 points and five assists at Barcelona’s Palau Blaugrana Arena.

For the losing side, Montenegrin forward Nikola Mirotic played with 24 points and American-Ugandan center Brandon Davies helped his team with 14 points and seven rebounds.

Efes improved to 13-10 to jump to seventh spot while Barcelona remained at the top with a 17-7 win/loss record in the regular-season standings.