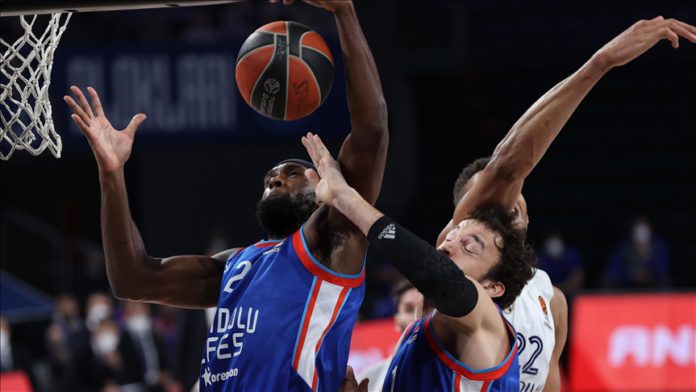 Anadolu Efes suffered a loss at home on Tuesday as they were beaten by Real Madrid 73-65 in a Turkish Airlines EuroLeague game.

Fabien Causeur scored 15 points and Trey Thompkins played with 13 points to give the victory to the Spanish side at Sinan Erdem Sports Hall in the round 17 match.

Vasilije Micic added 16 points for the Turkish club but their star Shane Larkin struggled against Real Madrid by scoring only 7 points in 29 minutes and missed all six of his 3-point attempts.

Real Madrid won their sixth game in a row, sitting on the second place with 12 wins and 5 defeats in the league.

In another Tuesday’s game, Olympiacos Piraeus secured a 105-88 win against Khimki Moscow Region in Russia.