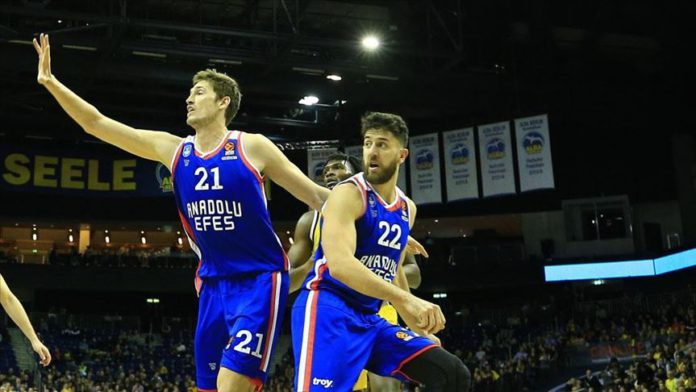 Crvena Zvezda mts Belgrade were named for silver while Fenerbahce Beko Istanbul were selected for bronze.

The award winning teams were announced by EuroLeague on Wednesday.

”Euroleague Basketball singled out three clubs for their outstanding work off the courts over the past year by naming them the recipients of the annual Devotion Marketing Awards. Anadolu Efes Istanbul is the Gold Award winner for 2019-20, Crvena Zvezda mts Belgrade was selected for the Silver Award and Fenerbahce Beko Istanbul for the Bronze Award,” it said.

”The winners were announced during the virtual EuroLeague Business Area Directors Meeting on Wednesday with their colleagues and other top executives from Turkish Airlines EuroLeague and 7DAYS EuroCup clubs watching,” it added.

Anadolu Efes also became the first club in Europe to win this award for the fourth time.