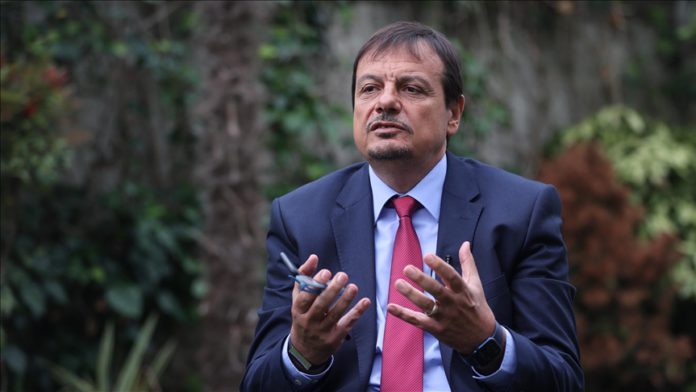 Ataman said he has fulfilled all of his youthful dreams about basketball and now has dreams of coaching with the best of the best.

“We exported a lot of players from Turkey to the NBA and many European players joined NBA teams. But coaching is very different,” he said on Kasapoglu’s YouTube channel. “They haven’t recruited any coach to the NBA for their successes in Europe. This is a challenge for me. My life has always been filled with challenges like this.”

The 55-year-old Turk said he won the Turkish Airlines EuroLeague title and became the best coach in Europe this year but there have not been any European coaches who have moved to the NBA because of achievements in Europe.

“I can continue this sustainable success for the next one or two years. Some coaches may hesitate (to manage an NBA team). I don’t overestimate the NBA,” said Ataman.

He said that he has worked with players whose abilities are on par with NBA players and that he never shies away from big goals, which gives him courage and motivation.

Regarding Anadolu Efes’ winning the Turkish Airlines EuroLeague title, Ataman said he never felt hopeless but he began to worry on the road to the trophy especially during the playoff series against Real Madrid.

Spain’s Real Madrid came back from a 2-0 deficit to force a Game 5 but the Istanbul club won the series to reach the Final Four.

“The last game of the series was the most stressful match that we have experienced this year. I was not stressed in the EuroLeague final. I was very confident that I would win the final, but I was stressed during the games against Real Madrid,” he said.