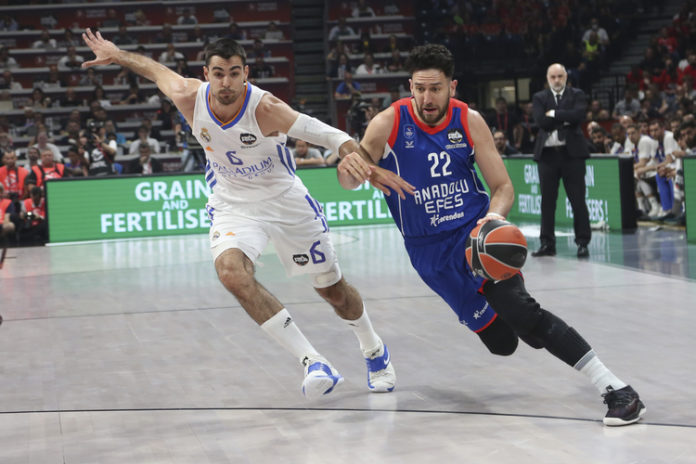 Anadolu Efes became the 2021-22 Turkish Airlines EuroLeague champions, for the second time in a row, by beating Real Madrid 58-57 on Saturday.

The game started slow as both sides could not score for almost first two minutes at the Stark Arena in Belgrade.

Despite Shane Larkin and Vasilije Micic trying to rally Efes by dropping 23 points in the first half, Los Merengues widened their lead to five points at the end of the second quarter, and the first half ended 34-25.

Efes’ James Anderson and Real Madrid’s Vincent Poirier had a row after a challenge and both players were penalized with unsportsmanlike foul in the third quarter, which ended with 42-40 Los Merengues lead.

Anadolu Efes brought the lead in the beginning of the last quarter and managed to stay on top in the end, with German center Tibor Pleiss’ vital points, and won the final 58-57.

Micic, who was also selected as the Final Four MVP, dropped 23 points, while Pleiss and Larkin added 19 and 10 points, respectively. Walter Tavares was the best player of the game for Real Madrid with 14 points and 11 rebounds.

The game marked the third EuroLeague win for Turkiye, as Fenerbahce Beko won the 2016-17 title.