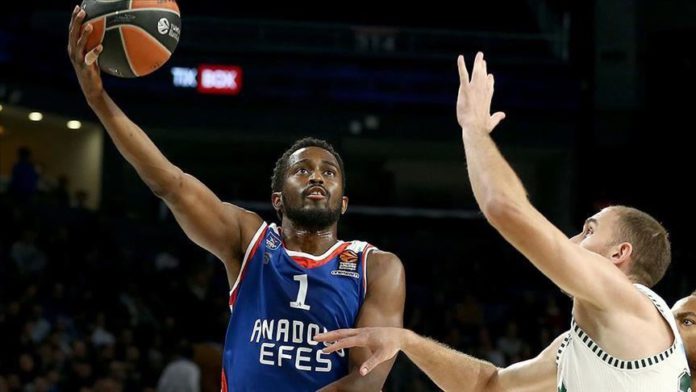 “Making plays right through the final second of a thriller has earned Rodrigue Beaubois of Anadolu Efes Istanbul the second, very deserved, MVP of the Week honor of his six-season Turkish Airlines EuroLeague career,” EuroLeague said on its website.

“Beaubois came off the bench to rally Efes to a 91-89 victory over visiting Maccabi Playtika Tel Aviv on Thursday and sealed it with a blocked shot on Scottie Wilbekin’s attempted three-point game-winner at the buzzer,” it added.

Beaubois had 23 points, 7 assists and 3 steals Nov. 5 against Maccabi Playtika in Round 7 in Istanbul’s Sinan Erdem Sports Hall.

He has been a member of Anadolu Efes since 2018 and won the Turkish league championship in 2019.

Separately, Beaubois is a member of the French national team.

Ukraine says will not designate special status for areas controlled by...