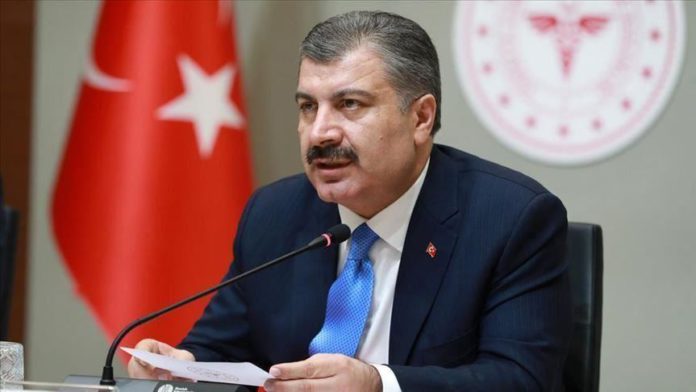 Recoveries from the novel coronavirus in Turkey exceeded infections for the first time in weeks, according to daily Health Ministry figures.

A Turkish doctor gave the first shot of a new coronavirus vaccine developed by China to a health worker.

A Turkish soldier succumbed to his wounds Monday from a terrorist attack in northern Iraq, said Turkey’s National Defense Ministry.

Azerbaijani President Ilham Aliyev signed a decree on partial military mobilization in the country following border clashes at the Armenia-Azerbaijan frontier, while Azerbaijan also issued a final warning to Armenia, which is continuing to attack civilian settlements.

Turkey’s president called on Armenia to immediately end the occupation of Azerbaijani territories so peace will reign in the region again. Meanwhile, Turkey’s mainstream political parties unanimously condemned the Armenian attack on Azerbaijan.

Russia called on Armenia and Azerbaijan to exercise restraint and give up military methods of conducting affairs.

The number of coronavirus cases in India crossed the 6 million mark as 82,170 fresh infections were reported over the last 24 hours, the country’s Health Ministry said Monday.

Between Friday and Monday, Spain registered nearly 32,000 more coronavirus cases and 179 deaths as the government continues to clash with local officials in Madrid over tightening measures.

Britain’s health secretary announced in parliament Monday legal restrictions on indoor mixing between households in any setting in parts of northeast England.

Monday became the start of a series of new measures in France announced by Health Minister Olivier Veran during a televised news conference last week.

Greek authorities have reported the first death of a refugee from the novel coronavirus.

Canada is reporting a record number of cases of COVID-19 in its two most populated provinces because of a “cavalier attitude” toward the pandemic, particularly among younger adults, said health officials.

South Korea imposed severe restrictions for the next two weeks to stem the spread of the deadly COVID-19 infection.

A total of 35,440 people have died of the novel coronavirus across Africa, the Africa Centres for Disease Control and Prevention said Monday.

At least 335 more lives were lost to the novel coronavirus while over 14,300 new infections were confirmed in Brazil over the last 24 hours, health authorities said late Sunday.

Quim Torra was ousted from his post as president of Catalonia as the Spanish Supreme Court upheld a sentence that bars him from holding public office for a year and a half.

US Secretary of State Mike Pompeo met with Greek Foreign Minister Nikos Dendias to discuss bilateral relations as well as recent tensions in the Eastern Mediterranean.

The head of Afghanistan’s High Council for National Reconciliation, who arrived in Islamabad on a three-day visit, said he held a “constructive meeting” with Pakistan’s foreign minister.

Five civilians, including two women and three children, were killed in a rocket attack near Baghdad airport Monday, said the Iraqi Defense Ministry.