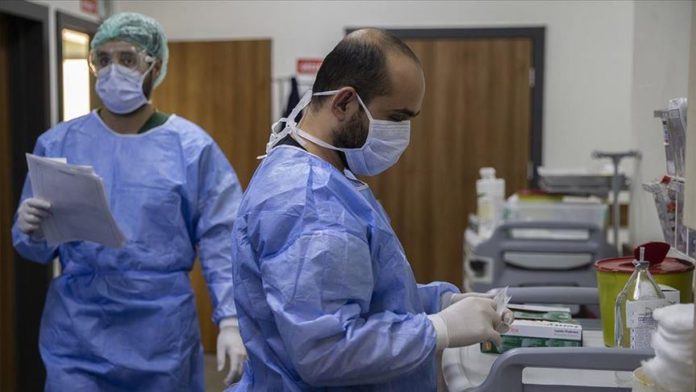 Turkey reported 1,771 additional cases of the novel coronavirus and 1,060 recoveries.

The nation’s overall infection count now stands at 299,810, including 264,805 recoveries, according to Health Ministry data.

A coronavirus vaccine could become available at the end of the year, according to a leading Turkish medic.

Turkey launched a new anti-terror operation in eastern Bitlis province, according to the Interior Ministry.

Operation Yildirim-12 aims to completely eliminate the separatist terror group PKK from the country and neutralize terrorists hiding out in the region.

A total of 71 terrorists have been neutralized as part of Yildirim’s anti-terror operations, said the Interior Ministry

Erdogan said Turkey has no “trouble” meeting with Greek Prime Minister Kyriakos Mitsotakis but what is essential is “what to discuss and on what grounds to meet.”

Turkey’s energy exploration vessel Oruc Reis will return to its mission in the Eastern Mediterranean after maintenance work is finished, Erdogan said.

He also said there is no obstacle to Turkey-Egypt intelligence talks but Cairo’s agreement with Greece has upset Turkey.

Further, Turkish defense minister said French President Emmanuel Macron is adding fuel to the fire in the Eastern Mediterranean and making it harder to solve problems.

In an exclusive interview with Britain’s Channel 4 News, Hulusi Akar said the French president is trying to take on the role of Napoleon who died two centuries ago but Macron is not strong enough.

On NATO’s meditation efforts, Akar said although Greece is reluctant and slowing down a solution to the Eastern Mediterranean issue with preconditions, Turkey supports holding meetings.

Across the world, COVID-19 has claimed at least 950,347 lives in 188 countries and regions since last December. The US, India, Brazil, and Russia are currently the worst-hit countries.

More than 30.3 million cases have been reported, with recoveries exceeding 20.6 million, according to figures compiled by US-based Johns Hopkins University.

South Korea and Vietnam may soon ease COVID-19 restrictions for business travelers, according to local media.

British Health Secretary Matt Hancock refused to rule out a second national lockdown, as cases rise across the country.

Local officials in Madrid announced highly anticipated restrictions to limit contagion of the virus as Spain shattered its all-time record for daily cases.

The US will continue to close its land borders with Mexico and Canada to non-essential travel through late October, Customs and Border Patrol (CBP) announced as the coronavirus rages in the US.

Israel is set to return to a total coronavirus lockdown as infections mount across the nation.

Iran recorded its highest single-day spike in more than three months, as that country battles a fresh wave of the deadly virus.

Infections and deaths continued their upward trend across Eurasia such as Ukraine, Uzbekistan, Armenia, Georgia, Kazakhstan and Kyrgyzstan.

The World Health Organization commended South Africa for its determined efforts which have helped curb the spread of the novel coronavirus.

Chinese video-sharing application TikTok, along with messaging and payment app WeChat, will be banned from US app stores Sunday, the US Department on Commerce announced.

The EU called on Russia to release all “illegally detained” Crimean Tatars.

Libyan warlord Khalifa Haftar announced the lifting of a blockade on oil production and exports.

Milwaukee Bucks forward Giannis Antetokounmpo was named the Most Valuable Player (MVP) of the NBA 2019-20 season.