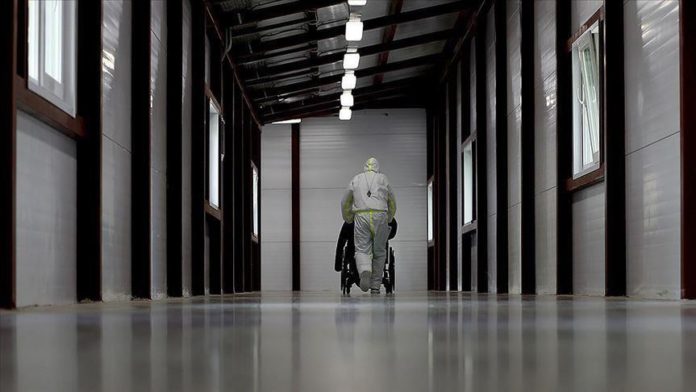 Turkey’s president received the head of NATO on Monday amid continued efforts to resolve differences between Turkey and Greece over the Eastern Mediterranean.

More students in Turkey will be taking in-person classes soon amid new measures to combat the novel coronavirus, the country’s president said.

“We are starting face-to-face education in the 2nd, 3rd, 4th, 8th and 12th grades” in line with determined rules to ensure the students’ safety amid the COVID-19 pandemic, Recep Tayyip Erdogan said.

Six years have passed since incidents on Oct. 6-8 in which two police officers were martyred and 35 people killed across Turkey due to violent acts by supporters of the YPG/PKK terrorist organization.

The OSCE Minsk Group’s top diplomats — the foreign ministers of the US, France and Russia – on Monday condemned the “unprecedented and dangerous escalation of violence” between Armenia and Azerbaijan, calling for the parties to institute a cease-fire. 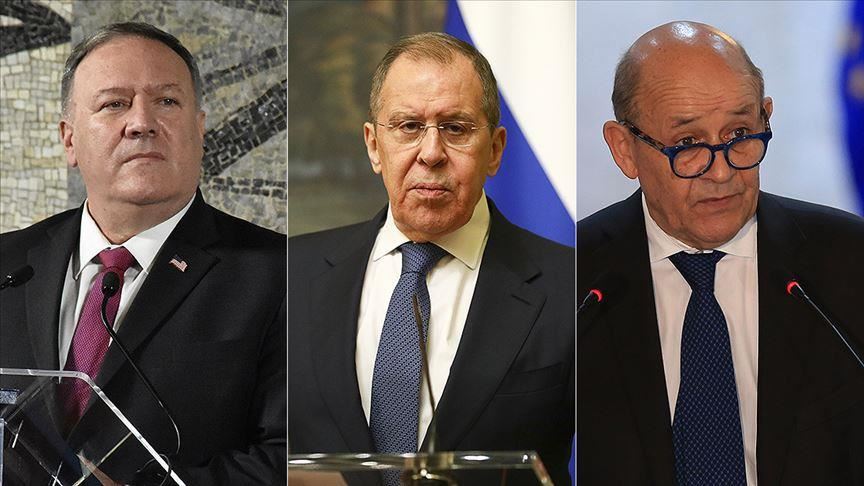 The fighting began on Sept. 27 when Armenian forces targeted civilian Azerbaijani settlements and military positions in the region, leading to casualties.

Azerbaijani President Ilham Aliyev said Turkey should take part in the process to resolve the Upper Karabakh conflict with Armenia. “Turkey, with its strong position in the international community, should participate in the peace process in [Upper] Karabakh,” he said.

Armenia must withdraw from the Azerbaijani territories it occupied and stop cooperating with terrorist organizations, Turkey’s defense minister said.

Here you can access an opinion story on the Armenia-Azerbaijan escalation and Armenian lobby in the US.

The Turkish mission in Los Angeles blasted the city’s mayor for supporting the Armenian community over ongoing tensions in the Upper Karabakh region of Azerbaijan, accusing him of “misinforming the public.”

The total number coronavirus cases worldwide surpassed 35 million Monday, less than a week after the number of deaths from COVID-19 passed one million, according to Johns Hopkins University data.

US President Donald Trump told Americans on Monday not to let the novel coronavirus “dominate you” after arriving at the White House from Walter Reed Medical Center, where he was receiving COVID-19 treatment. 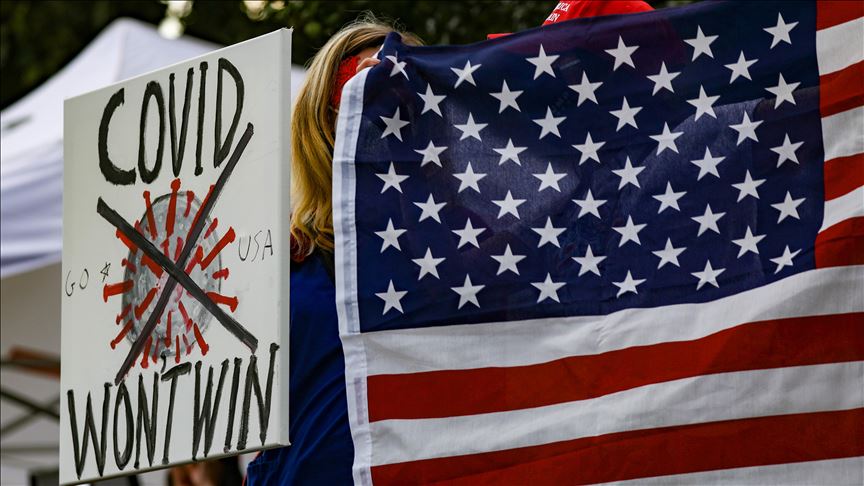 Around 10% of the world’s population may have already been infected with COVID-19, the World Health Organization’s chief of emergencies said.

Sticking by its announcement this May that it would leave the World Health Organization, the US said Monday that it will continue to promote WHO reforms to strengthen the “transparency and accountability” of the UN agency.

Government and health officials from Paris and the Ile-de-France gathered for a televised news conference in the capital to announce new restrictions imposed on bars and restaurants and the population in general.

Paris and the Ile-de-France region were put on maximum coronavirus alert late Sunday with more restrictions to come.

Figures released by the British government showed there were a further 12,594 cases of the coronavirus over the past 24 hours. Over the weekend, around 16,000 unprocessed cases were added to the daily figures on Saturday and Sunday.

The head of the British government’s vaccine task force said less than half of the UK population can expect to be vaccinated against COVID-19.

Two more Spanish cities will be confined, authorities announced Monday, as the total number of coronavirus cases in Spain surged to 813,412.

The US Centers for Disease Control and Prevention (CDC) said the novel coronavirus “can linger in the air for minutes to hours” after an infected person is no longer present, acknowledging its potential for airborne transmission.

Malaysia and Myanmar have become new hotspots in Southeast Asia for novel coronavirus transmission as the Philippines and Indonesia struggle to combat the disease.

A group of Malaysian activists urged Prime Minister Muhyiddin Yasin to focus on fighting the novel coronavirus rather than blaming undocumented migrant workers for the surge in the number of virus cases.

An Israeli minister who tested positive for the coronavirus has broken the Israeli Health Ministry’s rules to stem the pandemic, prompting calls for her resignation, according to Israeli media.

European Commission President Ursula von der Leyen said she is self-isolating due to contact with a person who has tested positive for COVID-19.

The number of coronavirus cases in Africa surpassed 1.5 million Monday, the Africa Centres for Disease Control and Prevention said.

Streets in the Central African country of Cameroon were full of children Monday morning marching towards their schools, seven months after they were closed due to restrictions aimed at stemming the spread of COVID-19.

India’s daily coronavirus cases slightly decreased compared to the first half of last month, when the country recorded around 90,000 cases daily for several days.

South Sudan’s government in partnership with UNICEF launched a campaign against child marriage to address the challenges girls are facing.

Egypt executed 15 political detainees over the weekend in an effort to spread fear among demonstrators as protests underway since Sept. 19 began spreading to other cities.

The Israeli army targeted a position of the Palestinian group Hamas in the blockaded Gaza Strip.
A Palestinian was shot by the Israeli army Monday evening for allegedly throwing a Molotov cocktail at Israeli forces in the northern occupied West Bank.

Hundreds of demonstrators took to the streets of Sudan’s capital Monday, demanding the departure of the transitional government.

Wildfires continue to blaze in California as the US state has doubled its previous record for the most areas burned so far this year.

The United Arab Emirates has funded media and incitement campaigns against Qatar and Turkey, an investigative TV report has revealed.

The Afghan president landed in Doha, Qatar, where crucial intra-Afghan talks between Kabul government representatives and the Taliban are underway, an official confirmed.