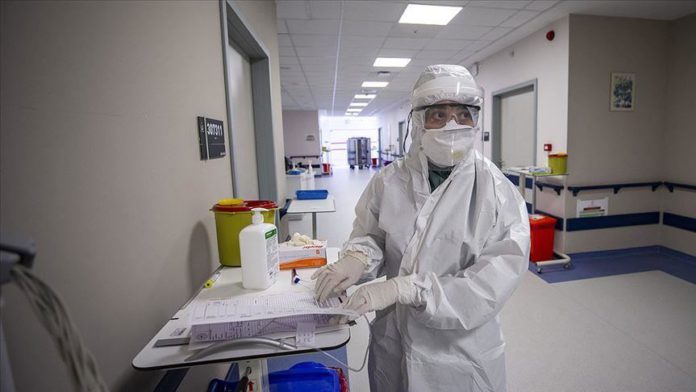 The country’s overall tally now stands at 349,519, the ministry reported.

The figures showed that the number of patients in critical condition currently stands at 1,447 with 5.6% this week suffering from pneumonia. 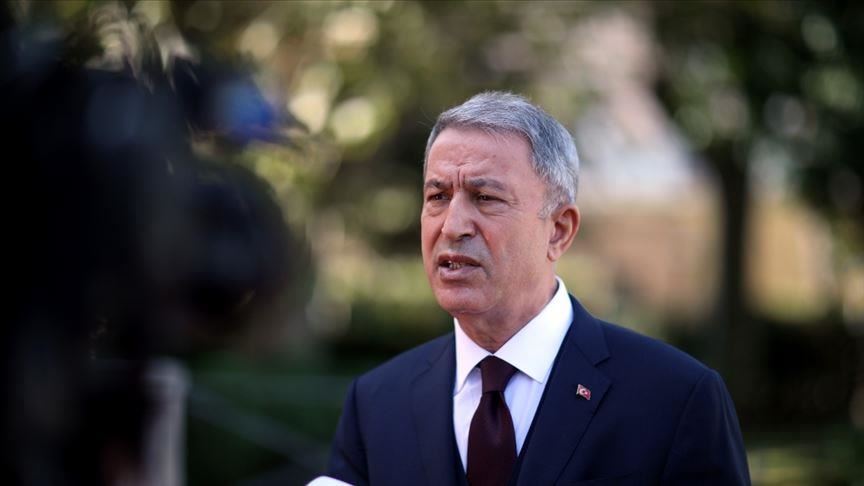 According to a statement from the Turkish Defense Ministry, Hulusi Akar said the elections proved that Turkish Cypriots and their independent state have an exemplary democracy.

Turkey will continue to use its rights derived from international agreements and remain a strong guarantor of peace and stability on the island, which had been secured with Turkey’s peace operations in 1974, the statement noted.

The US will host the foreign ministers of Azerbaijan and Armenia later this week amid a raging conflict over a breakaway region, according to a report published Monday. 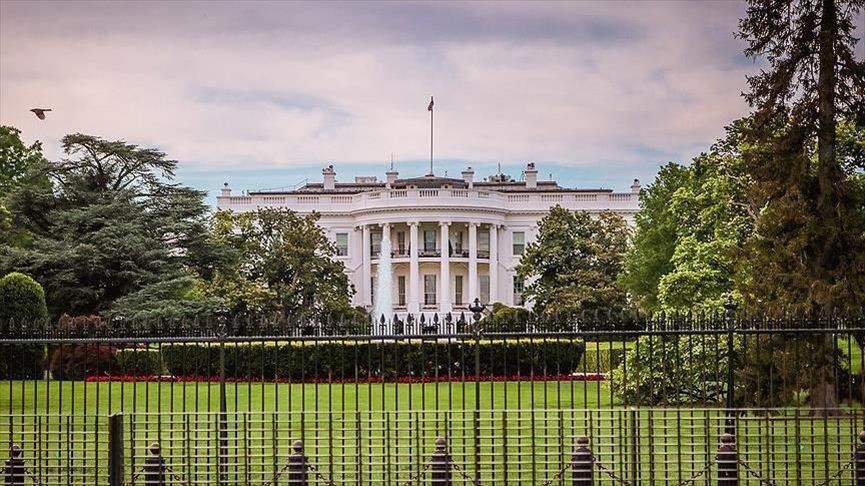 On Friday, US Secretary of State Mike Pompeo will first meet with Jeyhun Bayramov, Baku’s top diplomat, before also sitting down with Armenian Foreign Minister Zohrab Mnatsakanyan, according to documents reviewed by the Politico news website.

It is unclear whether a trilateral meeting is also being planned. Elin Suleymanov, Azerbaijan’s ambassador to the US, did not rule out a potential three-way meeting when asked by Politico.

“We want a substantive conversation,” he said.

Welcoming the delegation, Aliyev said the visit of the Turkish delegation to Azerbaijan has a “special significance in this difficult time.”

“This is further evidence of Turkey’s brotherly attitude towards Azerbaijan, a manifestation of solidarity. We have felt the support of Turkey since the start of these events and we feel it today,” he said.

The number of novel coronavirus cases in the world surpassed 40 million early Monday, according to data from US-based Johns Hopkins University.

More than 1.11 million people worldwide have lost their lives due to COVID-19 so far.

The US still leads the world in the number of COVID-19 cases with over 8.2 million while over 220,000 people there have died from the virus.

Latin America and the Caribbean surpassed 10.4 million cases and 380,000 deaths Monday from the novel coronavirus, which has infected more than 40 million people worldwide. 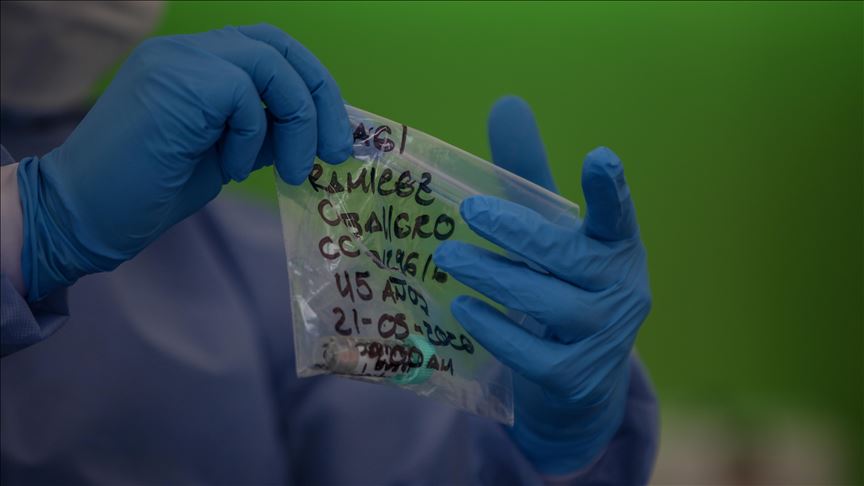 Despite a second wave emerging in Europe, Latin America is still the hardest hit region by the pandemic.

In Canada, coronavirus cases surged past 200,000. Canada Safety Minister Bill Blair announced that the Canada-US border closure to all but essential goods has been extended to Nov. 21.

The border was set to open on Oct. 21, but the minister said the spread of COVID-19 in both countries was enough to keep it closed.

As of Thursday, Navarra will limit all non-essential movement in and out of the region, close bars and restaurants and require all other businesses to close their doors to customers by 9 p.m.

In France, the first lady has gone into isolation for seven days following her exposure to a person who tested positive for COVID-19, her office announced Monday.

Brigitte Macron, 67, will self-quarantine at the Elysee Palace after being “in contact on Thursday with a person declared positive for COVID-19 who presented symptoms of the disease,” said a statement by her office.

The UK reported another rise in COVID-19 infections Monday, with 18,804 more people testing positive for the coronavirus, according to government data.

This brings the total number of people who have tested positive for the virus to 741,212.

The data also showed that a further 80 people died, bringing the total to 43,726.

UNICEF, the UN’s arm for providing humanitarian aid to children, said Monday that it will soon stockpile roughly 520 million syringes ahead of the rollout of a COVID-19 vaccine.

The buildup is part of a broader push to accumulate 1 billion syringes by 2021 to help with the distribution of a vaccine. That is on top of an additional 620 million syringes UNICEF will distribute as part of other vaccination programs.

Colorful hot air balloons floated over the skies of Gobeklitepe, a UNESCO World Heritage Site in southeastern Turkey, attracting local and foreign tourists to be above the world. 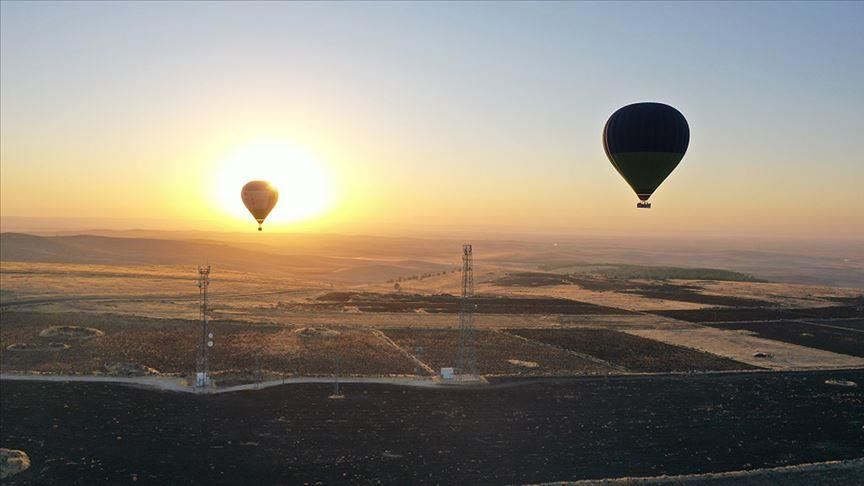 The company operating the hot air balloons over Gobeklitepe started the flights after completing the test and presentation stages, local authorities said Monday.

The flights would start at dawn, allowing tourists and adventurers to watch Gobeklitepe and the city of Sanliurfa from the sky. They are planned to take place at intervals until December because of COVID-19 measures.