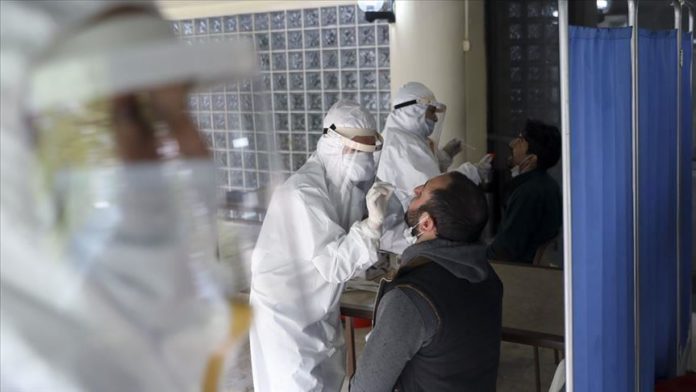 The country’s case count to date now stands at 338,779 with recoveries totaling 296,972, according to the ministry data.

The death toll from the virus reached 8,957 with 62 more fatalities.

A total of 94 military personnel have been arrested across Turkey for their suspected links to the Fetullah Terrorist Organization (FETO), the group behind the 2016 defeated coup, security sources said.

Turkey strongly rebuffed a recent statement by the US on the country’s survey activity in the Eastern Mediterranean, calling it a “serious inconsistency.”

Turkey is ready to fulfill any criteria for EU membership if the bloc wants to negotiate with honesty, said Turkey’s foreign minister.

Average daily cases of the novel coronavirus in India have shown a declining trend, according to figures released by the Health Ministry.

Russia reported 13,868 new cases of the novel coronavirus and 244 fatalities, bringing the total number of cases to 1.32 million and deaths to 22,966, according to health authorities.

France reported 12,993 new coronavirus infections, up from over 8,505 logged on Monday, according to the country’s Health Ministry.

Israeli health authorities reported 3,097 new coronavirus infections amid a total lockdown to stem the spread of the pandemic.

The number of patients who have recovered from the novel coronavirus in Africa has reached 1.31 million, the Africa Centres for Disease Control and Prevention said.

Jonson & Johnson has paused its final stage clinical trials for a coronavirus candidate vaccine due to a patient’s “unexplained illness.”

At least 42 civilians in Azerbaijan have lost their lives while 206 others sustained injuries in attacks by Armenian forces on civilian settlements, Azerbaijan’s Prosecutor General’s Office said.

Azerbaijani mothers in the country’s second-largest city Ganja urged Armenian mothers to take their children out of the Nagorno-Karabakh conflict area.

US Secretary of State Mike Pompeo demanded a cease-fire between Azerbaijan and Armenia amid increasing violence regarding the disputed region.

France’s foreign minister pressed the country Tuesday to adopt a neutral stance on the Nagorno-Karabakh conflict as fighting in the occupied region continued.

Turkey’s presidential spokesman and the US national security adviser discussed bilateral ties, Armenian attacks on Azerbaijan and developments in the Eastern Mediterranean over the phone.

A prominent Turkish politician called on Armenia to withdraw from the occupied territories “without any precondition.”

“Upper Karabakh should be given to Azerbaijan […] After that, the cease-fire and diplomatic talks should begin,” Devlet Bahceli, leader of the Nationalist Movement Party (MHP), told his party’s parliamentary group.

The US described Turkey’s survey activity in the Eastern Mediterranean as a “provocation” and urged Ankara to stop searching and begin immediate exploratory talks with Greece.

Greece will not sit for exploratory talks with Turkey as long as the Oruc Reis vessel remains in the Eastern Mediterranean, the Greek foreign minister said.

Israeli prison authorities punished dozens of Palestinian prisoners who went on a hunger strike in solidarity with a striking inmate, according to the prison service.

Bahrain plans to establish a direct maritime line with Israel as one of the controversial normalization steps between the two countries, according to Israeli media.

Under fire after media reports of corruption, the Greek Cypriot administration is set to end its controversial “golden passport” citizenship program.