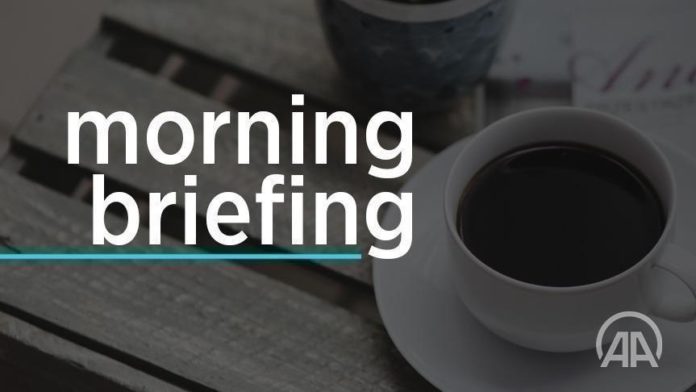 Turkey has administered more than 109.92 million coronavirus vaccine jabs since the country launched an immunization drive in January, according to official figures.

More than 53.94 million people have been given a first dose of a COVID-19 vaccine, while 44.75 million are fully vaccinated, said the Health Ministry.

According to the data, 86.9% of Turkey’s adult population has received at least one dose of a two-shot vaccine.

Turkey has also given booster shots to more than 10.44 million people.

The Turkish president urged all political parties in parliament to share their drafts for a new Constitution.

Pakistan’s prime minister revealed his government is in talks with some groups of Tehreek-e-Taliban Pakistan (TTP) to persuade them to lay down arms and become normal citizens of the country.

Researchers at the University of Washington said they uncovered data that shows since 1980, official government statistics on the number of people killed by police is vastly underestimated, by more than half.

A group of Uyghurs gathered in front of the Lincoln Memorial in the US capital to demand China end its treatment against the Muslim minority.

The International Press Institute (IPI) said there is still no justice for the killing of Jamal Khashoggi in Saudi Arabia’s Consulate General in Istanbul in 2018.

Despite the government’s claims that the energy shortage will be gone in weeks, the UK’s fuel crisis has persisted.

Germany said it is concerned about the deteriorating humanitarian crisis along Poland’s border with Belarus, as migrants from the Middle East continue to flock there in a bid to enter the EU.

The second phase trial of an mRNA-based cancer vaccine developed by BioNTech has started, the German biopharmaceutical company announced.