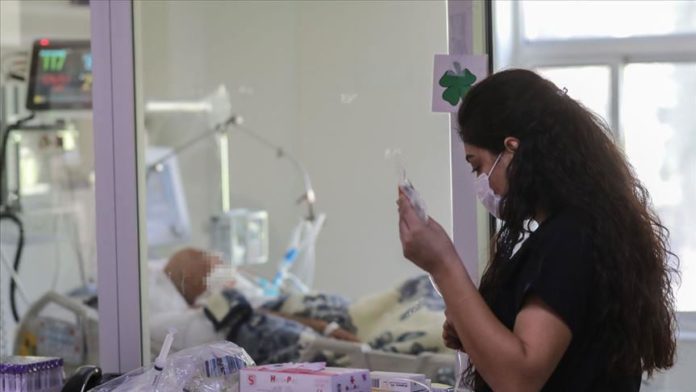 The country’s case count now stands at 343,955 with recoveries totaling 301,098, according to Health Ministry data.

The death toll from the virus reached 9,153 with 73 additional fatalities.

Turkey’s health minister said there have been increases in infections in the Turkish metropolitan city of Istanbul and northwestern Bursa province.

President Recep Tayyip Erdogan hailed relations with Ukraine and said both countries enhanced ties in many fields, including defense, health and tourism through a win-win approach.

As part of Turkey’s anti-terrorism efforts, 107 terrorists have been neutralized in the past 30 days. The country also neutralized four YPG/PKK terrorists in northern Syria.

Soumaya Raissi, a Daesh/ISIS terrorist wanted by France on a red notice, was arrested in southern Turkey, according to security sources said.

Amid tensions between Armenia and Azerbaijan, Turkey strongly condemned Armenian forces’ attack on Azerbaijan’s Nakhchivan Autonomous Republic, according to the Foreign Ministry.

At least 47 Azerbaijani civilians have been killed and 222 injured in attacks on civilian settlements, according to Azerbaijani authorities.

The Azerbaijani army liberated three more villages, including Khirmanjig, Agbulag and Akhullu, in the Khojavend region from Armenian occupation, the country’s president announced.

More than 1.1 million people have died worldwide after contracting the novel coronavirus, according to Johns Hopkins University data.

The US still leads the world in cases and deaths, followed by India and Brazil.

Italy reported a record in the number of daily COVID-19 infections, registering 10,010 new cases in the past 24 hours, the highest daily toll since the start of the pandemic.

Germany reported 7,334 new infections, its highest one-day count since the start of the outbreak.

China carried out 11 million tests in just five days in the eastern coastal city of Qingdao after news cases were reported last weekend.

Currently, the drug dexamethasone is still the only therapeutic shown to be effective against the virus for severe patients, the chief of the World Health Organization (WHO) said.

The WHO also said that a batch of drugs, at least the one used in the treatment of COVID-19, was unable to prevent deaths in patients infected with the virus.

The head of the UN condemned two recent attacks on the international body’s mission in Mali.

The EU is determined to make a Brexit agreement possible but not at any cost, European Council President Charles Michel said after a two-day summit of EU leaders in Brussels.