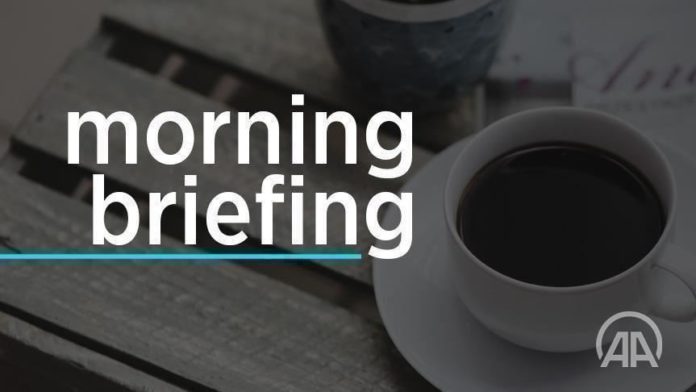 The country’s overall tally now stands at 395,255, the ministry said.

Turkish security officials said Sunday that Turkey shared in-depth information about the Daesh terrorist responsible for the recent gun attack in Vienna with Austrian authorities in 2019.

President Donald Trump claimed on Sunday that he won the US presidential race despite his rival, Democrat Joe Biden, garnering more than 270 electoral votes.

African leaders have welcomed Joe Biden’s electoral victory, expressing hope that Biden’s win will boost trade and other relations between the continent and the US.

Asian leaders congratulated Joe Biden on his election win. In their messages, they said they would work to strengthen bilateral relations and peace in the region.

Azerbaijani President Ilham Aliyev announced Sunday that the Azerbaijani army had liberated the city of Shusha from Armenian occupation.

Azerbaijanis celebrated Shusha’s liberation from the Armenian occupation. Crowds came out on streets Sunday with Azerbaijani and Turkish flags after Aliyev’s announcement.

Global coronavirus cases totaled over 50 million as of Sunday. According to data released by US-based John Hopkins University, more than 1.25 million people have lost their lives to COVID-19, while the number of recoveries totals nearly 33 million.

France saw a sharp drop in coronavirus infections Sunday, a welcome respite after three days of watching numbers careen out of control. A staggering 86,852 cases were recorded Saturday — an all-time high for the country — but they fell by nearly half to 40,439 over the last 24 hours, according to the Ministry of Health.

Iraq and Saudi Arabia agreed to boost economic cooperation. The countries on Sunday announced an agreement to bolster cooperation in the fields of economy and investment.

The Israeli cabinet on Sunday approved the construction of a new settlement near the border with the Gaza Strip, according to Israeli Channel 12.

UAE carrier FlyDubai landed in Israel on Sunday. The carrier will operate two flights daily between Dubai and Tel Aviv as of Nov. 26.