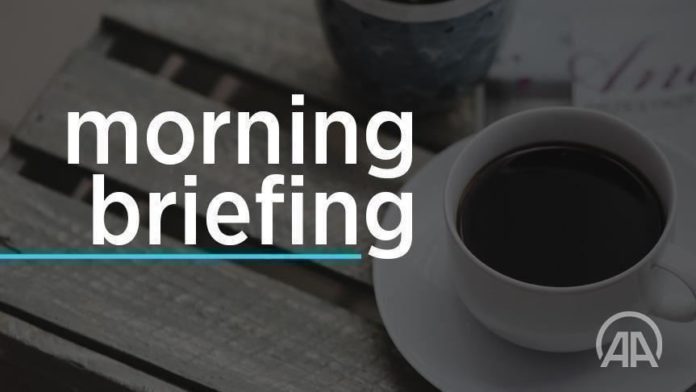 Amid efforts to develop a COVID-19 vaccine, Turkey registered 2,841 more coronavirus cases over the past 24 hours, according to Health Ministry data released Thursday.

Meanwhile, the manager of the clinic where tests on volunteers are being carried out said trials in Turkey of an indigenous novel coronavirus vaccine candidate are on track with no problems so far.

Also on Thursday, Turkey’s Foreign Minister Mevlut Cavusoglu called his Greek counterpart to enquire about his health after Nikos Dendias went into quarantine after coming into contact with someone who had contracted the coronavirus.

Turkey’s industry and technology minister said Thursday that investment demand in the country from January to September was 13% higher than the same period last year.

Following new developments in Turkey’s economy, experts say they are positive steps for giving the green light to foreign investors.

Turkey warned Armenia on Thursday that it will “pay a price” if it violates the latest peace deal and cease-fire agreement with Azerbaijan for settling the Upper Karabakh conflict.

“They [Armenian forces] should either leave the territory voluntarily in abiding by the agreement or the heroic Azerbaijani army will take those lands back as it did so far. There is no other choice,” Foreign Minister Mevlut Cavusoglu said at a news conference in Baku, Azerbaijan’s capital.

Meanwhile, thousands again took to the streets in Armenia to protest against the government and more than 60 people were arrested Thursday in the capital following a peace deal that ended weeks of armed conflict in Upper Karabakh.

While over 80% of US drugmaker Pfizer’s COVID-19 vaccine has already been sold to the richest governments across the world, according to an analysis by a UK-based campaign group, countries continued Thursday to announce new figures for the virus’ toll.

The total number of cases in the country has now passed 1.85 million, with 21,608 new infections, while related deaths have reached 32,032, according to government figures.

Italy reported around 38,000 more cases of the novel coronavirus in the past day as pressure mounted on the government from struggling hospitals asking for urgent aid to avoid collapsing.

Health officials in the UK reported more than 30,000 new cases in the past 24 hours in a record single-day rise since the start of the pandemic months ago.

A minister in Somalia’s Jubaland region survived a bomb attack Thursday from an explosive that was lobbed through a window of his residence in Kismayo, south of the capital Mogadishu.

At least seven people were killed when a UN helicopter crashed in Egypt near the Israeli border Thursday, according to Israeli media.