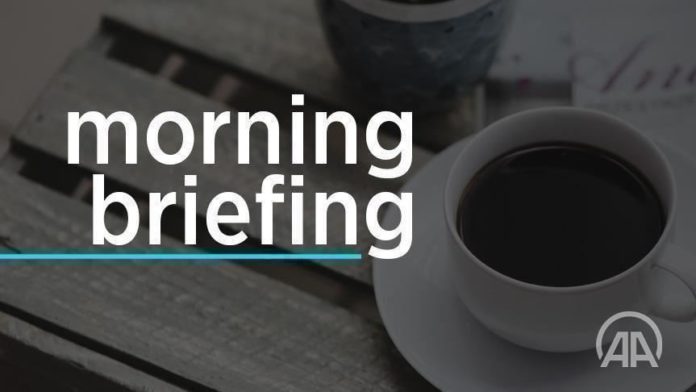 Thanks to Turkey’s excellent crisis management against the COVID-19 pandemic, it reported less than 2,000 new cases for the first time since March 30.

Turkey currently ranks among the top 10 countries that conducted the most virus tests, with the number of tests in the country exceeding 1.1 million.

In addition to its fight against the novel coronavirus, Turkey also extends a helping hand to other countries by supplying medical aid amid the outbreak.

Turkey sent Saturday a shipment of medical supplies, including new Turkish-made ventilators, to Somalia to combat the coronavirus outbreak.

Turkey has helped at least 57 countries, including Italy, Spain and the UK, and remains the world’s third largest provider of humanitarian aid during the pandemic.

Since the virus emerged in Wuhan, China in last December, it has spread to 187 countries and regions, according to a running tally by US-based Johns Hopkins University.

The latest addition to countries reporting deaths was Tajikistan. It reported its first two deaths Saturday.

The global death toll from the virus reached more than 242,000, with the number of cases surpassed 3.4 million, according to the university’s data.

Additionally, over 1.08 million people worldwide have recovered from COVID-19.

The US is still the most affected country in the world, with over 1.1 million cases and more than 66,000 fatalities.

Italy, one of the worst-hit countries in Europe, reported active infections continue to drop, and there are 474 new fatalities, bringing the total to 28,710. The tally of active infections fell by 239 from Friday and now stands at 100,704.

Another country that is among the worst affected countries from the virus is Spain that registered 276 more COVID-19 deaths and 1,147 more infections Saturday. Data suggest a decline in the number of cases, as Madrid closed a massive makeshift hospital that was in the center of the fight against COVID-19.

In Russia, a record number of coronavirus cases was registered for the fourth day in a row, as 9,625 more tested positive for the virus.

Three top Russian officials, including Prime Minister Mikhail Mishustin, were hospitalized this week with the virus.

In another video released by The Libyan Army, Haftar militias’ are shown attacking a civilian settlement in the Zenata region, south of Tripoli.

On Saturday, the Libyan Army hit an oil tanker and armories belonging to Haftar militias.

Meanwhile, a delegation from the United Arab Emirates arrived Friday in Khartoum, Sudan to discuss possible assistance to Haftar amid reports of a diminishing number of fighters in his rank. The visit was allegedly aimed at convincing Sudanese officials to send fighters to help Haftar.

Two Turkish gendarmeries were unfortunately martyred in eastern Turkey in a clash with terrorists, the Interior Ministry announced late Saturday.

On the other hand, Turkish forces neutralized five YPG/PKK terrorists in a counter-terrorism operation, including three having surrendered.

As asylum seekers continue to go on dangerous journeys in hopes of reaching Europe, Turkish coast guard teams rescued two boats carrying 62 asylum seekers in the Aegean Sea, which were turned away from the Greek side, officials said Friday.

The Greek coast guard confiscated fuel and disabled the engine before pushing it to Turkish waters, officials from Interior Ministry told Anadolu Agency, on condition of anonymity.