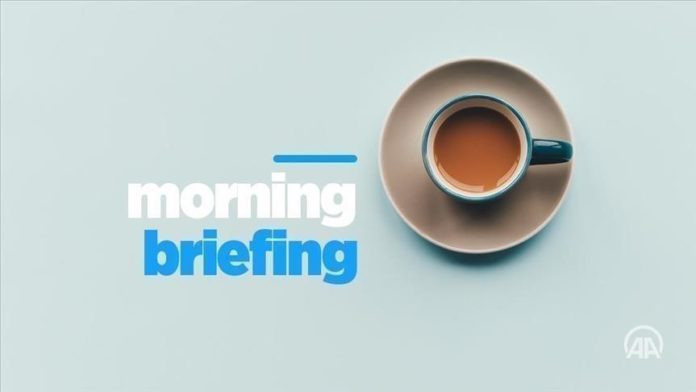 The Turkish president spoke to the Swedish premier and discussed Stockholm’s bid to join the NATO alliance, according to Turkiye’s Communications Directorate.

Ignoring terror organizations that pose a threat to a NATO ally is not compatible with the “spirit of friendship and alliance,” Turkish President Recep Tayyip Erdogan told his Finnish counterpart Sauli Niinisto in a telephone call.

Unless Sweden and Finland “clearly show” they will stand in solidarity with Turkiye on fundamental issues, especially the fight against terrorism, Ankara will not approach their NATO membership bid positively, the Turkish president told the alliance’s chief on the phone.

Pro-PKK/YPG protesters gathered in Swedish cities chanting slogans in support of the terror group in rallies organized to object to the country’s NATO membership.

US President Joe Biden assured South Korea that Washington will protect its ally against any threat as the two countries agreed to expand measures to deter North Korea.

Russia announced it barred 963 American citizens from entering the country, including Biden and other top officials.

Prime Minister Scott Morrison conceded defeat as the opposition Labor Party stormed to power in Australia after almost a decade.

Germany is facing mounting criticism after authorities banned various peaceful protests in recent weeks, triggering a debate about rights and liberties in the country.