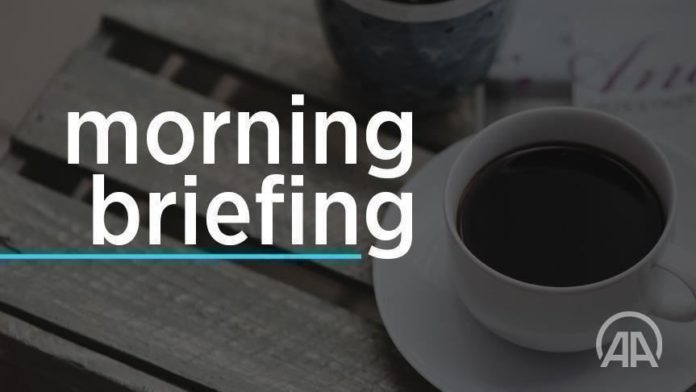 The number of recoveries from the coronavirus in Turkey rose to 108,137, with active cases dropping to 35,834, according to Ankara’s health minister.

The death toll from the pandemic rose to 4,096 as Turkey reported 41 new fatalities in the past 24 hours, said Fahrettin Koca, citing health ministry data.

Meanwhile, the nation will accept patients from 31 countries beginning May 20 as it loosens restrictions, according to the health ministry.

Also, Turkey expects to have domestic tourism begin in late May; internationally after mid-June, the Culture and Tourism minister said.

Moreover, “TurkishBeam,” a ray treatment system developed in Turkey, was officially invited for testing and analysis by the Cleveland Clinic in the US, and New York University, according to developer RD Global INVAMED.

Nearly 700 Turkish nationals were repatriated from the US and Kyrgyzstan as part of an initiative by Ankara regarding the coronavirus pandemic.

The US death toll from coronavirus surpassed 88,700 after 1,580 more fatalities were reported.

Headlines in British newspapers were dominated by a row between the government and trade unions about reopening schools, as health authorities announced 468 new deaths from the coronavirus in the UK in the last 24 hours.

Italy reported 153 more fatalities from the virus, bringing its death toll to 31,763, as the government unveiled new rules for retailers as they reopen Monday.

Moreover, Italy will allow international travel to and from the country from June 3, according to a decree signed by the government.

In France, the number of fatalities plummeted after a week that proved uneven at best, according to the latest statistics reported by the French Health Ministry.

Deaths in Spain’s dropped to its lowest level since March 15.

The Netherlands reported 189 new cases and 27 more deaths from COVID-19.

In Africa, the number of cases exceeded 78,000, according to the Africa Centres for Disease Control and Prevention.

India’s tally surpassed China to 85,940, according to the country’s health ministry.

In Indian-administered Jammu and Kashmir, the number of coronavirus cases passed 1,100 after the region’s highest single-day spike.

Russia’s single-day tally of new cases fell to its lowest point since May 1.

Iran confirmed 35 more fatalities in the past 24 hours, taking the nationwide death toll to 6,937.

There is no current plan to cancel the Europa League football competition that was suspended because of the coronavirus pandemic, according to UEFA President Aleksander Ceferin.

US coroner’s office in Los Angeles released Kobe Bryant autopsy that said as all victims aboard the helicopter when it crashed, including the NBA legend, were killed by “blunt trauma.”

A Lokomotiv Moscow player was infected with the novel coronavirus, the football club said.

Turkish coast guard units rescued at least 26 asylum seekers who were pushed back into the sea by the Greek side as they attempted to enter Europe.

Known as the financier of the Rwandan genocide, fugitive Felicien Kabuga was arrested in a suburb of Paris in Ile-de-France.