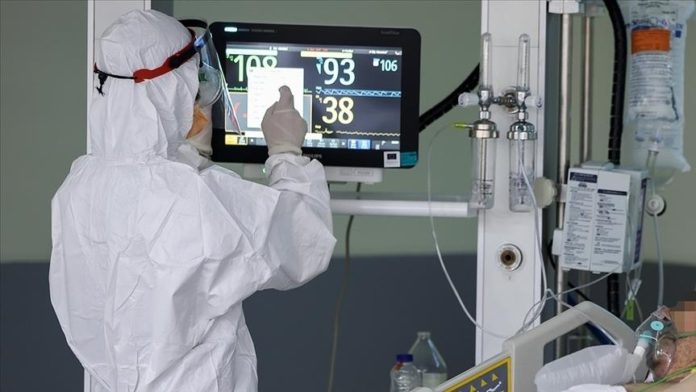 Turkey reported 11,534 new coronavirus cases, including 1,217 symptomatic patients, as daily infections in the country continue to drop amid a nationwide lockdown. Turkey’s overall case tally is now over 5.08 million, while the nationwide death toll has reached 44,059, with 238 fatalities over the past day. The latest figures show that the number of COVID-19 patients in critical condition stands at 2,765.

Ongoing Israeli attacks on Gaza have killed a total of 103 people, the Palestinian Health Ministry said in a statement. Fatalities include 27 children and 11 women, while a total of 580 people have been injured to date, the ministry statement said.

At least three Palestinians were injured in attacks by Israeli police at Jerusalem’s Damascus Gate, according to a Palestinian humanitarian organization.

Sierra Leone has launched the Ebola vaccination campaign to prevent a new outbreak in the West African country.

On the occasion of a landmark three-day truce for Eid, Afghan President Ashraf Ghani said the government is ready for early polls for the sake of peace in the war ravaged country.

An Israeli missile in Gaza scraped a correspondent for Turkey’s broadcaster TRT.

Turkish President Recep Tayyip Erdogan spoke to his Kyrgyz and Afghan counterparts over the phone amid recent Israeli attacks in Palestine.

Israel has not over-reacted in its response to rocket fire from the Gaza Strip, US President Joe Biden said as the violence continued to escalate.

France imposed a ban on pro-Palestine demonstrations amid escalated violence in the region in a bid to avert a repeat of previous clashes and riots that took place in Paris over half a decade ago.

UN Secretary General Guterres called for an immediate halt to hostilities between Israelis and Palestinians.

The Israeli Defense Forces (IDF) said that three rockets were fired from Lebanon toward northern Israel.