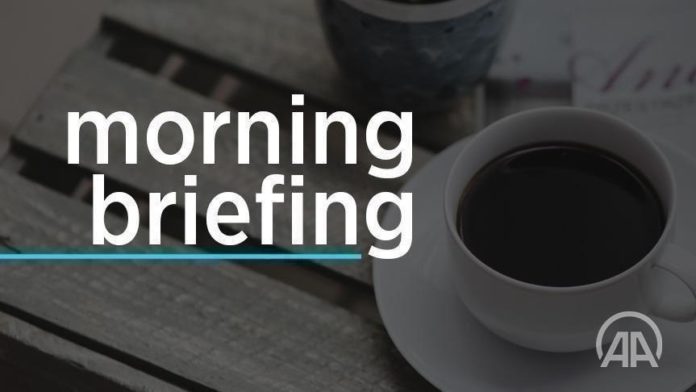 Turkey reported 15,191 new coronavirus cases, including 2,102 symptomatic patients. Turkey’s overall case tally is over 5 million, while the nationwide death toll has reached 43,029 with 283 fatalities over the past day.

Turkey’s president in a statement urged the world to take effective action against Israeli attacks on Al-Aqsa Mosque, Jerusalem and Palestinian homes.

Turkish President Recep Tayyip Erdogan issued a message on the occasion of Europe Day, which “celebrates peace and unity in Europe” on May 9 every year.

Turkey has neutralized at least three terrorists as part of Operation Eren-14 so far, the country’s Interior Ministry said Sunday.

Spain’s state of emergency was lifted, putting an end to nightly curfews for the vast majority of Spaniards and allowing travel across the country for the first time in more than six months.

The administration in Indian-administered Jammu and Kashmir extended the ongoing complete lockdown by a week.

At least 14 Palestinians were injured in clashes with Israeli police in East Jerusalem, according to the Palestinian Red Crescent.

An Israeli warplane struck an observation post belonging to Hamas in central Gaza. The warplane targeted the post of the Izz ad-Din al-Qassam Brigades, an armed wing of the resistance group.

Debris from China’s Long March rocket, announced to be out of control on May 7, fell to Earth in the Indian Ocean near Maldives.

The death toll from explosions outside a school in Afghanistan’s capital Kabul rose to 58 as friends and families mourned the loss of their loved ones.

The patriarch of the Ethiopian Orthodox Church said a genocide was happening in Tigray, the country’s northernmost region.

Israeli Prime Minister Benjamin Netanyahu said they will continue building illegal settlements in Jerusalem in remarks that are likely to escalate ongoing tensions.

Taliban leader Hibatullah Akhundzada warned the US of violating the 2020 peace agreement with regards to troop withdrawal from Afghanistan.

A suicide bomber targeted a police station in Somalia’s capital, killing at least six people and leaving more than four others wounded.

The Taliban declared that they will observe a three-day cease-fire this week across Afghanistan for the Muslim Eid al-Fitr holiday.