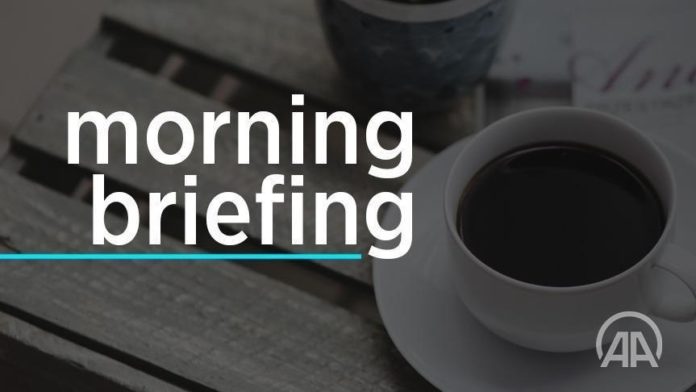 A total of 21,061 cases, including 958 symptomatic patients, were confirmed across the country, data showed.

Turkey’s overall tally is more than 2.99 million, while the nationwide death toll reached 29,959 with 95 fatalities during the past 24 hours.

“We cannot ignore the virus. Nor should we let it take away our normal lives. We can achieve this by following the precautions,” Fahrettin Koca said on Twitter while sharing statistics.

Turkish officials voiced support for a decision to withdraw from a European treaty on preventing and combating violence against women and domestic violence.

Vice President Fuat Oktay took to social media to praise the move.
“We are determined to carry our sincere struggle to raise the reputation and dignity of Turkish women to the levels they deserve in the society, by preserving our traditional social fabric,” Oktay wrote on Twitter. “There is no need to seek the remedy outside, to imitate others. The solution is in our traditions and customs, in our essence.”

Turkey’s president, speaking to his Slovenian counterpart on the telephone, hailed advancements in ties between the two countries, according to Turkey’s Communications Directorate.

The UK reached another milestone in its fight against the coronavirus, having administered at least one vaccine dose to more than half of its adult population.

According to data published by the government on Thursday, 49.9% of people aged 18 and older had been administered the first dose of a vaccine. Friday recorded 660,276 doses at more than 1,600 sites, the largest daily figure recorded since January.

“Like the rest of the country I am immensely proud of the progress we have made so far in rolling out vaccinations. There is still further to go and I encourage everyone to take up the offer when asked to do so,” Prime Minister Boris Johnson said in a statement.

Khan is self-isolating at home, the premier’s office said on Twitter.
The news comes days after the prime minister received his first dose of the Chinese Sinopharm vaccine.

Pakistan has witnessed a surge in infections in recent days, with 42 more deaths and 3,876 new cases — the highest daily tally since July, according to the Health Ministry data.

A strong earthquake rocked northeastern Japan, according to the country’s meteorological agency.

The magnitude-6.9 quake occurred at 6:09 p.m. local time (0909GMT) in Pacific waters off the Miyagi region at a depth of 59 kilometers (36 miles), said the Japan Meteorology Agency.

No casualties were reported from the tremor, which was also felt in Tokyo, Iwate, Akita, Gunma, Fukushima, Saitama and Aomori.

In sports news, Turkish Paralympic athletes won eight medals at the 2021 World Para Athletics Grand Prix, according to the Turkish Sports Federation for the Physically Disabled.