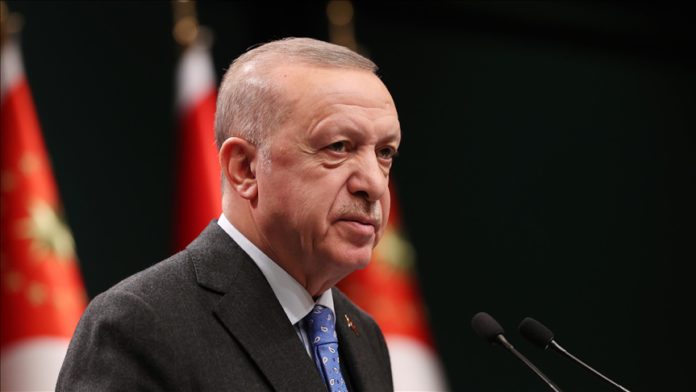 Argentines mobilized outside Congress in the capital Thursday to protest against a $45 billion agreement with the International Monetary Fund (IMF).

Japan has lodged a formal complaint with the International Criminal Court (ICC) against Russia for “war crimes” perpetrated in Ukraine, the country’s Foreign Ministry said Thursday.

The foreign ministers of Turkiye, Ukraine and Russia met Thursday with the aim of reaching lasting peace as the Russia-Ukraine war entered its 15th day.

Ukraine claimed Thursday that in the 15-day-old war, Russia has lost over 12,000 soldiers as well as heavy weaponry, including 49 fighter jets, 81 helicopters and 335 tanks.

Russia has no plans to establish a truce, the Ukrainian foreign minister said following a tripartite meeting hosted by Turkiye on Thursday.

Thursday’s meeting with Ukraine’s top diplomat showed that nothing can replace the negotiation process, said Russia’s foreign minister after a tripartite meeting with his Ukrainian and Turkish counterparts in Turkiye – the highest-level meeting of its kind since the war began two weeks ago.

More than 2.3 million people have fled Ukraine since Russia launched a war on its neighbor late February, the UN refugee agency said Thursday.

More than 1 million children have fled Ukraine as the Russian war continues to ravage the country, UNICEF said Thursday.

Russia and Ukraine are having talks to sign a “comprehensive peace agreement,” the Turkish foreign minister said Thursday after a three-way meeting amid the Russia-Ukraine war.

In a phone call with the Russian president, German and French leaders called for an immediate cease-fire in Ukraine, government sources said Thursday.

As Russia’s war on Ukraine, at NATO’s doorstep, enters its third week, “the US is prepared to defend every inch of NATO territory,” the nation’s vice president said Thursday in Warsaw.

Russian President Vladimir Putin said Thursday that it is odd when Western countries blame sanctions on Russia for their domestic economic woes.

Western Union suspended operations in Russia and Belarus on Thursday, joining a growing number of businesses that have pulled out from the region following Moscow’s war on Ukraine.

The continuing war between Russia and Ukraine will bring dire health consequences, including the spread of COVID-19, impacting millions of people, the Red Cross warned Thursday.

President Joe Biden blamed Vladimir Putin on Thursday for last month’s record inflation in the US.

The top diplomats from the US and Poland on Thursday discussed ways to provide Ukraine with humanitarian and security assistance amid stalled efforts to send Kyiv fighter jets.

Turkiye’s President Recep Tayyip Erdogan and his Azerbaijani counterpart Ilham Aliyev met in the Turkish capital Ankara on Thursday and discussed bilateral relations as well as the war between Russia and Ukraine.

The White House continued to push back on allegations from Russia that the US has biowarfare labs in Ukraine, maintaining Thursday that it is Moscow that has a biological weapons program.

President Joe Biden announced Thursday that the US will designate Colombia as one of its major non-NATO allies.

Ghana’s government evacuated 210 citizens from Ukraine on Thursday due to Russia’s war on the Eastern European country.