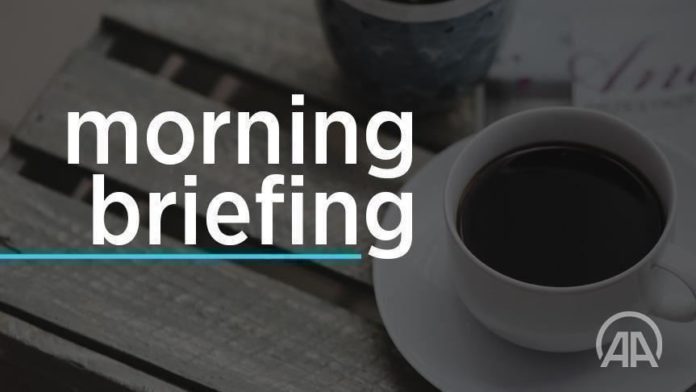 While the global community has been discussing the second wave of the novel coronavirus outbreak, Turkey’s health minister said his country was not currently experiencing a new wave but was still observing the impacts of the first phase.

While the normalization process continues similar to many other countries across the globe, Turkey is set to open testing centers for the virus in its busy airports as of July 1.

In western Turkey, neighboring the Mediterranean, coast guard units rescued dozens of asylum seekers after they were pushed towards Turkish territorial waters by Greek coastal authorities.

For about 300 days, mothers longing for their children kidnapped by the PKK terror group staged a sit-in protest in Diyarbakir province in the south.

A total of 12 Iraqi nationals were arrested in northern Turkey over links to the Daesh/ISIS terror group. Turkey is one of the very first countries to recognize the group as a terror organization.

A large cache of ammunition of PKK terrorists was seized by Turkish security units operating in northern Iraq as part of the recently launched Operation Claw-Tiger.

A Turkish soldier injured during reconnaissance activity on the southeastern border succumbed to his wounds, with the Defense Ministry saying the harassment fire came from the direction of Iran.

The pandemic has killed more than 482,000 people worldwide, with an excess of 9.4 million confirmed cases and greater than 4.7 million recoveries, according to figures compiled by US-based Johns Hopkins University.

Deaths in Latin America due to the novel coronavirus have surpassed the 100,000 mark, with Brazil one of the most affected countries in the world as it reports around 1,000 deaths per day.

Both China and South Korea reported more infections from the virus Wednesday and UNICEF argues that the pandemic is profoundly impacting the future of some 600 million children in South Asia.

Meanwhile, the tally of coronavirus cases in continental Africa neared 325,000, while about 155,000 people have fully recovered from the disease.

Spain witnessed a rise in infections and the IMF predicted that the country’s economy would shrink by nearly 13% this year.

In the UK, the number of fatalities passed the 43,000 mark, and Britain has the highest death toll in Europe despite a slowdown in new cases.

Experienced Anadolu Agency photojournalists pressed their shutter buttons to portray the scenes of silence across the world as people stayed home due to the novel coronavirus outbreak. Collecting 320 photographs from all over the world in an album, the agency prepared Lockdown, which is actually a historical document for the future.

Officials from Turkey, which backs the Libyan government against warlord Khalifa Haftar, said the Turkish administration was coordinating with the US in Libya. Also, Turkey’s vice president said the future of Libya would be determined through international law.

While China and India have been at odds following a recent deadly incident, the former has “accelerated” army training. If you want to take a look at the military might of both sides, you should take a look at our infographic.

Turkey also condemned Israel’s removal of a plaque in Jerusalem that was installed at Yusufiye Cemetery following its restoration by a Turkish agency.