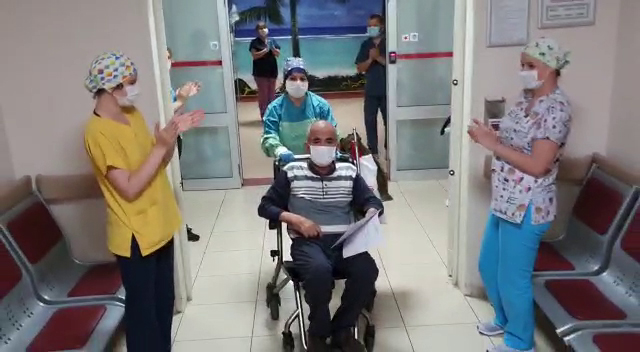 Turkey is reopening mosques for congregational prayers as of Wednesday, the head of the Religious Affairs Directorate said Tuesday.

Following normalization steps taken by the country, Turkey has now carried out over 3 million coronavirus tests since the outbreak began, the country’s health minister announced Tuesday.

A total of 1,315 more people won the battle against COVID-19 over the past 24 hours, bringing the tally of recoveries to 162,848, Fahrettin Koca said on Twitter, citing Health Ministry data.

The pandemic has claimed nearly 477,000 lives in 188 countries and regions since originating in Wuhan, China last December.

More than 9.2 million cases have been reported worldwide, with an excess of 4.6 million recoveries, according to figures compiled by US-based Johns Hopkins University.

Brazil reached 1,145,906 cases with 39,436 new infections recorded in the last 24 hours. The number of people in Latin America who have died from the coronavirus surpassed 100,000 Tuesday.

Meanwhile, at least 315,410 people have been infected with the coronavirus in Africa, according to the Africa Centres for Disease Control and Prevention.

However, British Prime Minister Boris Johnson announced on Tuesday a widespread easing of the lockdown in England, including a relaxing of the two-meter social distancing rule.

Five municipalities in Portugal’s capital region imposed new restrictions on residents Tuesday to stop the spread of the coronavirus.

While the world watches with concern as new coronavirus outbreaks emerge in countries that suffered from the first wave of the pandemic, in Latin America, COVID-19 has already infected more than two million people.

The UN announced Tuesday that 28 of its staff have died due to the novel coronavirus.

The Libyan Army published a document Tuesday implicating eastern warlord Khalifa Haftar in bringing mercenaries into the country from Syria.

All NATO allies are concerned about the increased Russian presence in Libya, the head of NATO told a forum on Tuesday.

The United Nations Human Rights Council (UNHRC) adopted a resolution without a vote Monday asking the High Commissioner to send a fact-finding mission to Libya to address the human rights situation in the country.

In an apparent broadside against the drive to take down statues of figures linked to racism, US President Donald Trump said Tuesday that he had authorized the government to arrest anyone who vandalizes or destroys historical statues, with penalties of up to 10 years in prison. 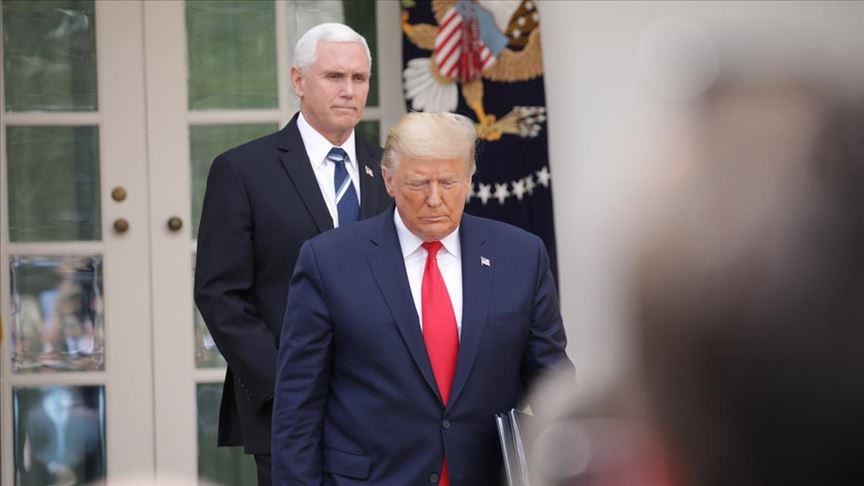 Sudanese Prime Minister Abdalla Hamdok and the opposition Forces of Freedom and Change (FCC) coalition agreed Tuesday to take steps to form the country’s parliament, according to a joint statement.

France’s National Assembly passed a bill early Tuesday that would impose additional restrictions on terrorism convicts up to a decade after their release from prison.

A French court on Tuesday sentenced a police officer to 18 months in prison for striking a 62-year-old woman with excessive force during one of the Yellow Vest protests in January 2019.

The Saudi-led Arab coalition said Tuesday that it had shot down eight “booby-trapped” drones and four ballistic missiles launched by Yemen’s Houthi rebels towards Saudi Arabia.

A new round of clashes erupted between government forces and the separatist Southern Transitional Council (STC) in Yemen’s southern Abyan province Tuesday, according to a Yemeni military source.

The World Meteorological Organization said Tuesday it is seeking to verify reports of a new temperature record for north of the Arctic Circle of 38 C (100.4 F).

Twitter on Tuesday put a “public interest notice” on a tweet by US President Donald Trump that threatened protesters with “serious force.”