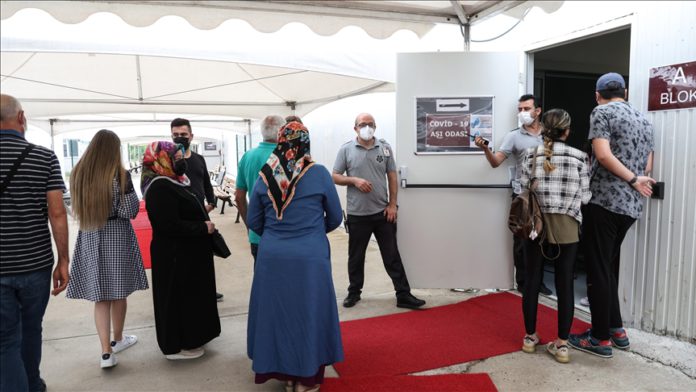 Turkey administered over 1.2 million shots of COVID-19 vaccines over the past day, according to official figures released Monday.

Amid a nationwide fall in COVID-19 cases, Turkey is set to end pandemic curfews as of next Thursday, July 1, the country’s president announced Monday.

Over the last seven days, Turkey became the number one country in the world in giving the most COVID-19 vaccines per 100 people, the nation’s health minister announced Monday.

In video interviews, foreign expats who have long lived in Turkey voiced their admiration for Turkey’s healthcare system and its COVID-19 vaccination campaign.

Turkey will use oxygenation technology to protect the Sea of Marmara from mucilage, also known as sea snot, as part of the country’s clean-up campaign launched earlier this month, the environment minister said Monday.

Over the past 13 days, Turkish sea cleaning teams have collected a total of 4,929 cubic meters (174,066 cubic feet) of mucilage from the Sea of Marmara, the country’s environment and urbanization minister said Monday.

Relations between Bangladesh and Turkey have reached a new high, with the two countries particularly stepping up defense exchanges.

India has reported 53,256 new COVID-19 cases over the past day — the lowest daily count in 88 days, the Health Ministry said Monday.

As Russia faces a sharp increase again in infections, the Kremlin on Monday called the coronavirus situation in the country “difficult.” 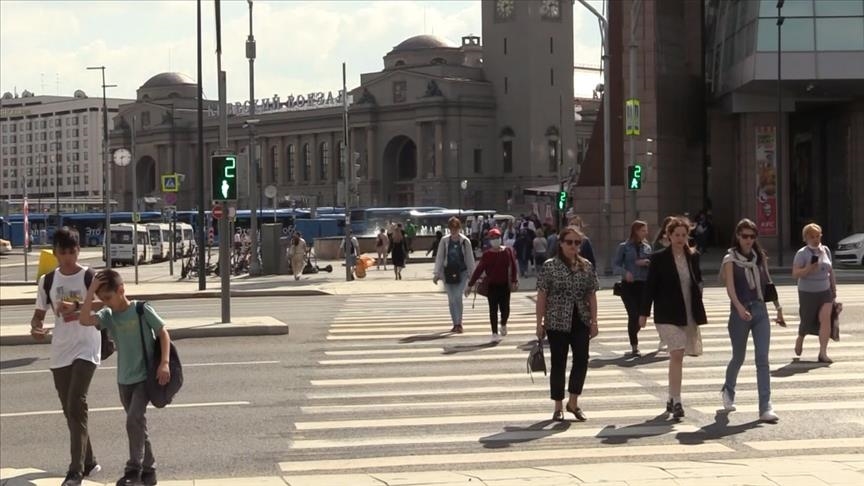 Over 2.66 billion doses of coronavirus vaccines have been given worldwide so far, figures compiled by Our World in Data, a tracking website, showed Monday.

France announced Monday the final relaxing of restrictions in the coronavirus pandemic, with Culture Minister Roselyne Bachelot holding a news conference to discuss the lifts after morning meetings with some top industry professionals of the country, according to BFM TV.

Bangladesh imposed regional restrictions Monday on movements in more districts as the deadly virus situation spiraled out of control and started creating new hotspots outside the capital Dhaka.

For the first time in its political history, Uganda got a woman vice president and prime minister Monday.

Nearly 20,000 boys and girls were victims of “grave violations” during wars worldwide in 2020, a UN report said Monday.

The party of Armenia’s acting Prime Minister Nikol Pashinyan won early parliamentary polls with 53.92% of the vote, according to preliminary results Monday. 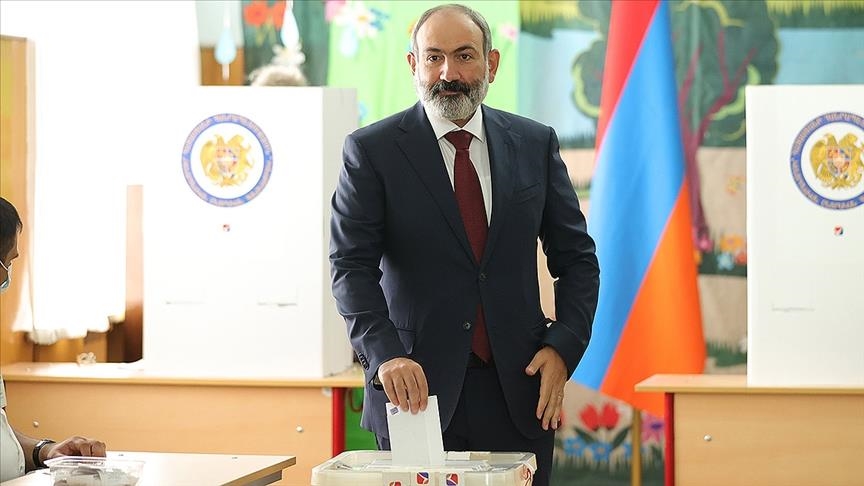 Dozens of Israeli settlers forced their way into the Al-Aqsa Mosque complex in occupied East Jerusalem on Monday, according to a Palestinian agency.

EU foreign ministers decided Monday to extend economic sanctions against Russia for another year over its illegal annexation of Crimea and Sevastopol.

Hamas leader in Gaza Yahya al-Sinwar on Monday warned Israel against continuing its years-long blockade of the Palestinian territory.

Iran’s President-elect Ebrahim Raeisi urged the US on Monday to fulfil its commitments under the 2015 nuclear deal, ruling out new negotiations on the country’s nuclear program.

Lebanon’s Minister of Health Hamad Hassan on Monday hailed the quality and prices of Turkish medicines and medical supplies.

Several French soldiers were wounded in an attack on forces of Operation Barkhane in central Mali on Monday morning, French media reported.

At least seven people were killed and 44 others injured in mass shootings this weekend across the US, according to data released Monday by a monitor.

Iran said Monday that an agreement is close with world powers on reviving the 2015 nuclear deal in Vienna.

Russia said Monday that there is no reason to remove the US from its list of unfriendly states.