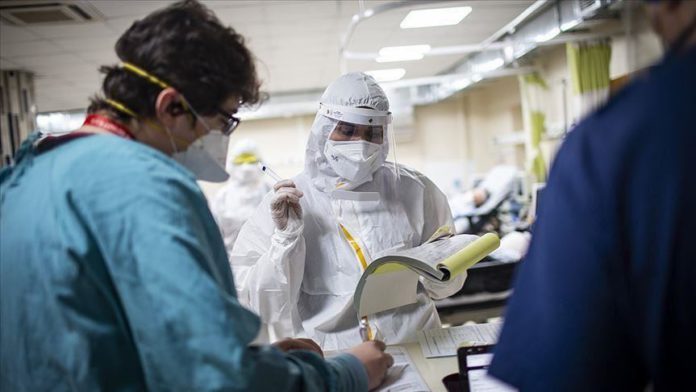 Let’s start with the COVID-19 outbreak. It seems like the virus will never end, but we should be hopeful because recoveries are increasing.

Turkey registered 1,086 new cases of COVID-19 over the past day and the total number of infections nationwide reached 206,844, the data showed.

The country’s death toll from the virus rose to 5,241 with 16 new fatalities reported in the last 24 hours.

Healthcare professionals conducted a total of 52,193 tests for the disease over the past day, raising the overall count to over 3.68 million.

The pandemic has claimed more than 537,400 lives in 188 countries and regions since originating in Wuhan, China in December.

Over 11.59 million cases have been reported worldwide, while more than 6.28 million people have recovered so far, according to figures compiled by US-based Johns Hopkins University.

In the US, which is the hardest-hit by the pandemic, 2.93 million cases were recorded and the death toll exceeded 130,200.

Meanwhile, New York Governor Andrew Cuomo accused President Donald Trump on Monday of “enabling” the spread of the coronavirus and making it a political issue.

“He wants to deny the COVID virus,” Cuomo said at a press briefing. “’Well it’s just like the flu. Well it’s going to be gone by Easter’…He’s said all of the things, and none of them were true.”

Also, Immigration and Customs Enforcement (ICE) announced Monday that foreign students in the US on student visas will have to leave the country if their schools move to hold online classes this fall amid the coronavirus.

Brazil on Monday reported 602 COVID-19 fatalities, while 273 more patients died in Mexico over the past 24 hours. The death toll in Brazil reached 64,867, according to data from the country’s Health Ministry.

In Russia, according to its emergency task force, 6,611 new infections were registered, carrying the tally to 687,862, with active cases making up about a third of this. Meanwhile, the number of fatalities rose by 135 to 10,296.

Criticism of France over the Libya issue is gradually increasing.

The Financial Times said Monday that France has come to realize that warlord Khalifa Haftar in Libya is a “liability.”

France was the only European country to back Haftar against the internationally-recognized government in Tripoli, which has recently been boosted by Turkey’s support, which has changed the course of the civil war there.

In the article, it is said that one senior European diplomat told the FT: “Let’s be honest: Turkey stopped the fall of Tripoli.”

“Without their intervention, it would have been a humanitarian disaster.”

Libyan forces have dismantled a Daesh/ISIS cell in Az-Zawiyah city west of the capital Tripoli, the Interior Ministry said Monday.

A ministry statement said the cell was planning “to carry out terrorist attacks and plots to harm security and stability and spread chaos in the country”.

Indian army sources claimed Monday that Chinese troops began to withdraw from the Galwan Valley area in the northern Himalayan region of Ladakh, where recent clashes took place between the two sides.

Turkey and the EU on Monday discussed bilateral relations and the latest developments in the region.

“Turkey will support the EU’s mediation on energy resources in the Eastern Mediterranean as long as it is an honest broker,” said Turkish Foreign Minister Mevlut Cavusoglu following his meeting with EU foreign policy chief Josep Borrell in the capital Ankara.

The International Union for Muslim Scholars (IUMS) said Monday that keeping silent on Israeli plans to annex swaths of land in the occupied West Bank amounts to “treason.”

In a statement, IUMS said that if Israel succeeds in grabbing these lands, the entire world will lose confidence in the UN and the world will simmer in chaos. The union urged the Islamic world to stand in solidarity with Palestine and to annul all agreements with Israel.

The sanctions target individuals and organizations but not whole countries. They include asset freezes and travel bans and target those who breach human rights, as well as those who support or financially profit from these rights abuses, rather than just the abuser directly.

December 21, 2019
We use cookies to ensure that we give you the best experience on our website. If you continue to use this site we will assume that you are happy with it.Ok