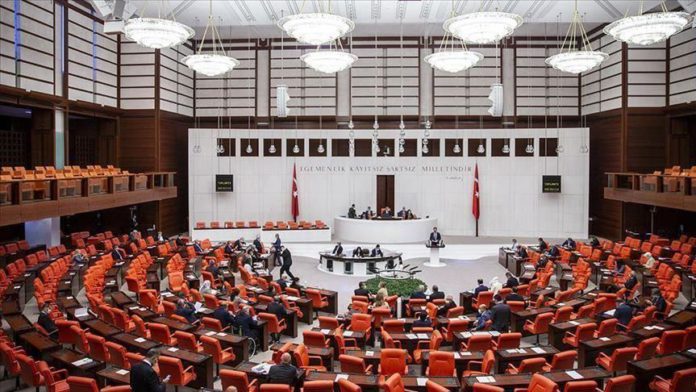 Turkey on Wednesday is marking the fourth anniversary of the July 15, 2016 defeated coup attempt orchestrated by the Fetullah Terrorist Organization (FETO).

The defeated coup left 251 people martyred and nearly 2,200 injured. Ankara accuses FETO of being behind a long-running campaign to overthrow the legitimate state apparatus through infiltrations into Turkish institutions, particularly the military, police and judiciary.

Turkey’s Communications Directorate shared a video as the Turkish people made history on July 15, 2016 by successfully thwarting the coup attempt.

Speaking to TRT World, Presidential Spokesperson Ibrahim Kalin said that when compared to Turkey’s history of putschist attempts, July 15 marked the first time that ordinary people poured out onto the streets to defend democracy and the rule of law.

Since last week, when a top Turkish court annulled a 1934 Cabinet decree which had turned Istanbul’s Hagia Sophia into a museum, the topic of turning Hagia Sophia back into a mosque has been widely discussed both in Turkey and overseas.

“While making Hagia Sophia suitable for its foundation again, we will preserve its cultural heritage feature just as our forebears did,” President Recep Tayyip Erdogan said following a Cabinet meeting at the presidential complex.

Meanwhile, Turkey on Tuesday firmly rebuffed EU condemnations of its decision on Hagia Sophia. “Turkey rejects the words of condemnation used by the EU for turning Hagia Sophia back into a mosque,” said Foreign Minister Mevlut Cavusoglu.

Turkey confirmed 1,049 more recoveries from the novel coronavirus Tuesday, bringing the tally to 196,720, according to the country’s health minister. 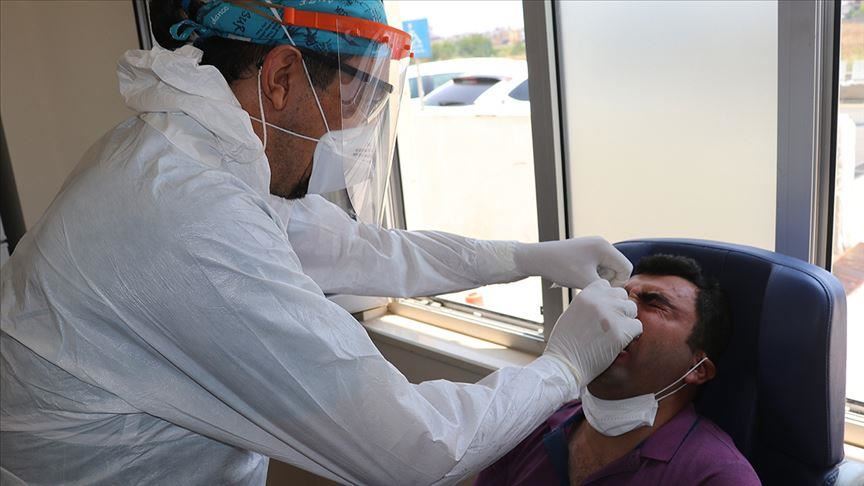 For the first time in 33 days, new cases in Turkey dropped below 1,000. Fahrettin Koca said on Twitter that a total of 992 people had contracted COVID-19 in the last 24 hours, bringing the overall number to 214,993.

The country’s death toll from the disease rose to 5,402 with 20 new fatalities reported over the last 24 hours.

Turkey continues extending a helping hand to nearly 140 nations worldwide to stem the fight against the pandemic.

The country announced Wednesday that it will send medical aid to Sudan under a mutual agreement.

Since first appearing in Wuhan, China last December, the novel coronavirus has spread to at least 188 countries and regions. The US, Brazil, India and Russia are currently the countries hardest hit in the world.

The pandemic has killed nearly 578,000 people worldwide, with more than 13.29 million confirmed cases, according to figures compiled by US-based Johns Hopkins University.

The number of recoveries from the novel coronavirus across the globe has passed the 7.37 million mark early Wednesday.

The two-week mandatory quarantine requirement currently in place for people arriving in Russia will end on July 15, authorities confirmed Tuesday.

Iran on Tuesday confirmed 179 more fatalities from the novel coronavirus, bringing the nationwide death toll to 13,202.

As Spanish health authorities have been battling around 120 COVID-19 outbreaks, the Health Ministry registered 666 more cases Tuesday. It is the second-highest daily jump since late May and has brought the total number of infections to 256,619.

Meanwhile, India on Tuesday recorded over 28,000 cases for the second consecutive day, taking the tally to 906,752.

The Pan American Health Organization (PAHO), the World Health Organization’s regional office based in Washington, D.C., is concerned that coronavirus-related deaths are rising in the region, especially in Brazil, Mexico and the United States, PAHO Director Carissa Etienne said Tuesday in a virtual briefing.

A terrorist explosive hit a joint patrol of Turkish and Russian troops in northwestern Syria, causing damage but no casualties, Turkey’s National Defense Ministry announced Tuesday. Troops carrying out their 21st joint patrol in the Idlib, Syria ceasefire zone had their vehicles targeted by a roadside explosive, said a ministry statement, adding there was no loss of life. 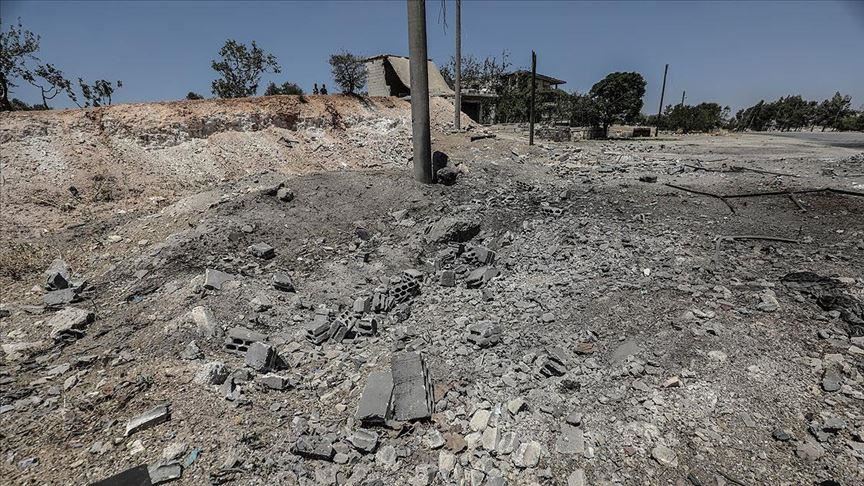 A terrorist responsible for murdering five civilians has been “neutralized” in eastern Turkey, the Interior Ministry said in a statement.

Pakistan’s prime minister has reaffirmed support and solidarity for Turkey on the eve of the July 15, 2016 defeated coup. 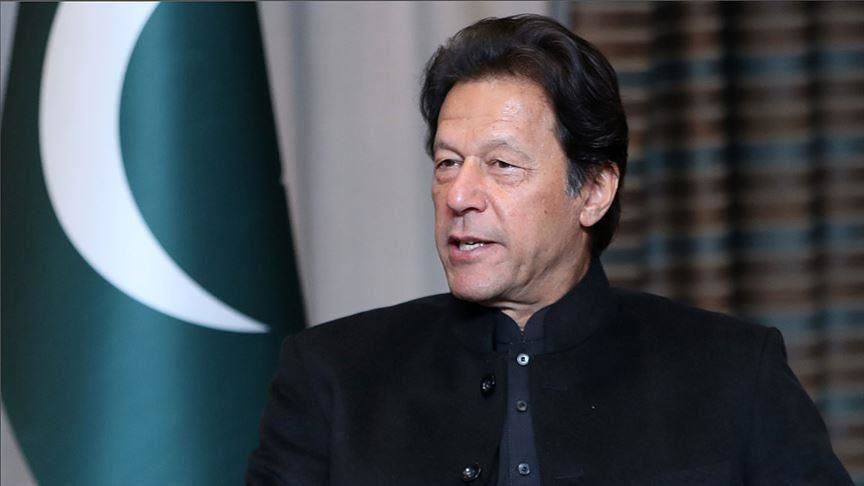 “Four years ago, the Turkish people displayed their characteristic resilience and legendary bravery to defy the forces of darkness targeting Turkey’s peace and stability as well as its democratic institutions,” Imran Khan said in his message for Democracy and National Unity Day, a public holiday in Turkey.

The US-based Turkish American National Steering Committee (TASC) sent Congress a letter Monday requesting the extradition of the leader of the Fetullah Terrorist Organization (FETO), the terrorist group behind the 2016 defeated coup in Turkey.

In Libya, three children were injured when a landmine planted by warlord Khalifa Haftar’s militia went off south of the capital Tripoli, said army officials.

The foreign minister of the United Arab Emirates, which has supported Libyan warlord Khalifa Haftar, on Tuesday called for an “immediate ceasefire and for wisdom to prevail” in Libya.

Qatar welcomed a decision by the International Court of Justice to back it in a dispute with Bahrain, Egypt, Saudi Arabia and the United Arab Emirates over an air blockade against Doha.

President Donald Trump said Tuesday he has signed off on an executive order stripping Hong Kong of its special status under US law amid fierce tensions between Washington and Beijing.

Meanwhile, the Turkish and US presidents spoke over the phone Tuesday about developments in war-weary Libya as well as economic relations.

Referring to border clashes between Armenia and Azerbaijan, Turkish President Recep Tayyip Erdogan said: “This attack goes beyond the diameter of Armenia. The aim is both to block the solution in Upper Karabakh and to reveal new conflict areas.”

He stressed that Turkey will not hesitate to stand against any kind of attacks against Azerbaijan.

Azerbaijanis gathered early Wednesday in front of the National Assembly building in the capital demanding that they be mobilized amid clashes with Armenian forces on the frontier.

Russia is deeply concerned over the border clashes between Azerbaijan and Armenia, Kremlin spokesman Dmitry Peskov said Tuesday. He called on the sides to exercise restraint, adding Russia is ready to serve as a mediator in finding a peace solution.