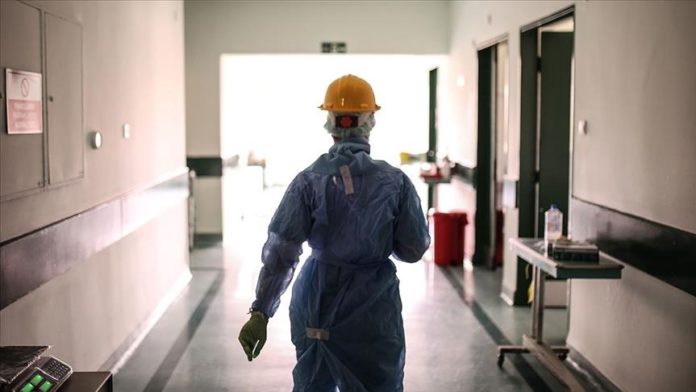 Turkey confirmed 14,494 new coronavirus cases, including 1,477 symptomatic patients, according to Health Ministry data. With the latest additions, the tally of infections topped 2.27 million.

Nearly 80 asylum seekers, including a group pushed back by the Greek Coast Guard into Turkish territorial waters in the Aegean Sea, were rescued by Turkish Coast Guard. 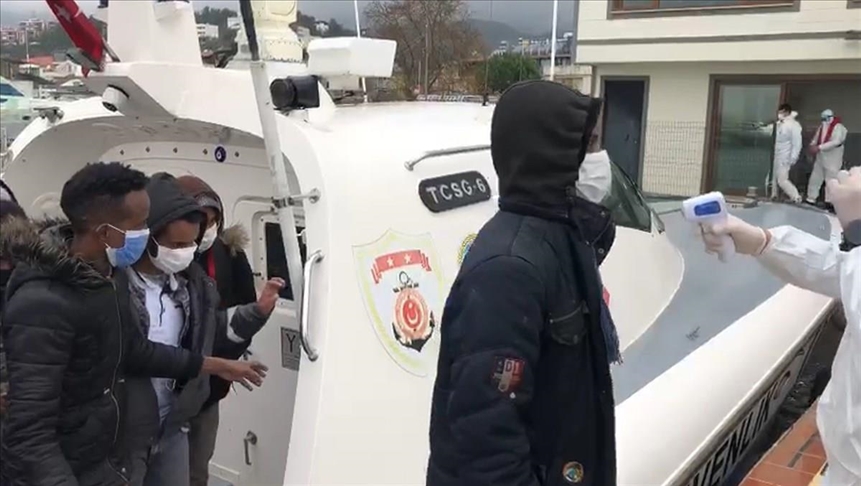 At least 12 Daesh/ISIS suspects have been remanded in custody in Turkey after being caught in anti-terror operations.

A total of 44 irregular migrants from Afghanistan, Uzbekistan and Iran were held in Turkey’s capital Ankara.

Italy reported that a total of 151,606 people have been vaccinated against the novel coronavirus since vaccinations began on Dec. 27.

Germany also extended coronavirus restrictions until Jan. 31 and adopted tougher measures to fight a second wave of the pandemic.

India announced that 20 more people tested positive for the new coronavirus variant, taking the total cases to 58 so far. The new variant genome of SARS-CoV2, the virus causing COVID-19, was first reported in the UK.

Iran registered its first case of a more transmissible coronavirus variant that emerged in Britain.

Singapore registered 26 imported and two domestic cases of the coronavirus. The number of cases reached 58,749, while 29 fatalities have been reported so far. A total of 58,497 people have recovered.

The Hong Kong Special Administrative Region reported 32 new COVID-19 cases and the total count reached 9,050. There were no reports of fatalities in the past day and the death toll stood at 151, while a total of 8,127 people have recovered so far.

Taiwan registered two imported COVID-19 cases. Seven people have died from the disease so far, while the case count stood at 817. A total of 697 people have recovered.

Kenya registered 219 new cases of the novel coronavirus and four fatalities. The total number of cases in the country reached 97,127, while the death toll stood at 1,690. The Health Ministry also confirmed 184 recoveries, bringing the total to 79,257.

The UK registered 60,916 new coronavirus virus cases, a new all-time high since the start of the pandemic, while 830 deaths were reported. The total number of cases in the country topped 2.7 million, with the death toll reaching 76,305.

Italy reported 649 coronavirus-related deaths, almost double from the day before, while daily new infections rose to 15,378 from 10,800 as the second pandemic wave continues to hit the country hard.

Spain saw new coronavirus infections surge to near-record levels, with 23,700 new cases. The daily surge is up by more than 9,500 compared to the same day last week. Some 352 COVID-19 deaths were also confirmed, bringing the tally to 51,430.

Some 20,838 people in Malaysia have been evacuated due to floods caused by monsoon rains since Jan. 1. The death toll due to the floods rose to three.

11 PKK terror suspects were arrested by security forces in northern Syria over an alleged car bombing in November. The terrorists are thought to have detonated an explosive-laden vehicle in al-Bab on Nov. 24, causing multiple casualties.

Roger Lumbala, a former leader of a Congolese rebel group, was indicted in France on Monday for his role in “crimes against humanity.” He was arrested in Paris last week and is accused of committing grave crimes in the Democratic Republic of Congo between 2002 and 2003.

At least 22 civilians were killed after rebels attacked a village in the eastern part of the Democratic Republic of Congo.

Gulf leaders signed a closing statement at the 41st Gulf Cooperation Council summit and a separate statement named after Al-Ula, the Saudi summit venue, in a meeting marking reconciliation in the region. In addition to host Saudi Arabia, the statements were signed by the leaders of the Gulf countries of Qatar, Kuwait, the United Arab Emirates, Oman and Bahrain.​​​​​​​

Egypt signed a reconciliation agreement with Qatar at the 41st Gulf Cooperation Summit in Saudi Arabia.
​​​​​​​