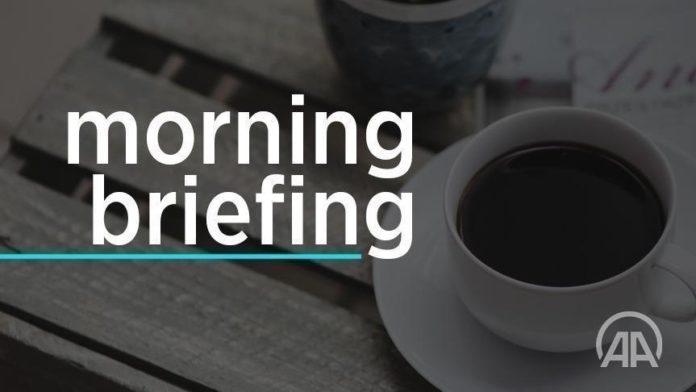 To stem the virus’ spread, the country has also administered more than 141.77 million doses of COVID-19 vaccines since it launched an immunization drive in January 2021, according to ministry figures.

More than 57.4 million people have gotten their first jab, while over 52.37 million have been fully vaccinated, the ministry added. Turkiye has also given third booster shots to nearly 25 million people.

Israeli forces demolished a new Palestinian home in the latest spate of demolitions in the occupied West Bank, according to a local official.

Israeli President Isaac Herzog arrived in the United Arab Emirates for his first visit to the Gulf nation.

At least four people were killed and five others wounded when the Iranian-backed Houthi militia targeted a mosque in southeastern Yemen with a ballistic missile, the Yemeni army announced.

The United Arab Emirates said it intercepted and destroyed a ballistic missile fired by Yemen’s Houthi rebels while Israel’s president was officially visiting the country.