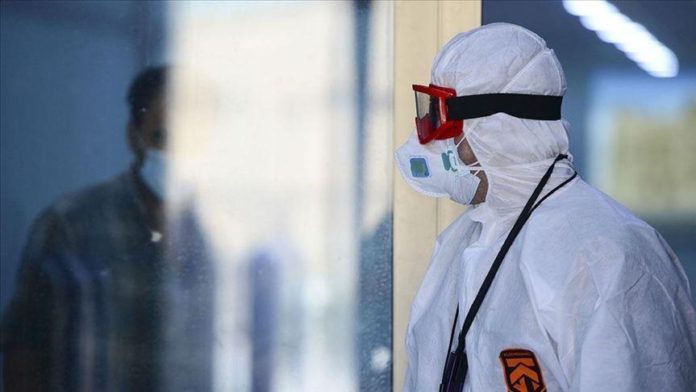 Turkey reported 9,107 more coronavirus cases Tuesday, including 633 symptomatic patients. The country’s overall case count has passed 2.65 million, while the death toll now stands at 28,213 with 75 fatalities recorded over the past day, according to the Health Ministry.

As many as 5,546 more patients won the battle against the virus, taking the total number of recoveries to over 2.53 million. More than 32.56 million coronavirus tests have been done in Turkey to date, including 123,734 since Monday.

The latest data show the number of COVID-19 patients in critical condition stands at 1,185.

Highlighting close ties with Turkmenistan in various fields, including energy, Turkey’s foreign minister said Ankara is ready to do its part to bring Turkmenistan’s natural gas through Turkish soil to Europe.

A trilateral mechanism between Turkey, Azerbaijan and Turkmenistan has made significant contributions to the prosperity and stability of the region, Turkey’s foreign minister stated.

Turkish-German airline SunExpress is set to boost Turkish tourism by opening up new destinations this summer, the company said.

Arrest warrants were issued for 57 suspects across Turkey over their suspected links to the Fetullah Terrorist Organization (FETO), the group behind the 2016 defeated coup in the country, said security sources.

The US surpassed half a million coronavirus-related deaths Monday as the country continues to grapple with the pandemic.

The number of people in Africa who died of complications related to COVID-19 has reached 101,620, the Africa Centers for Disease Control and Prevention said in an update Tuesday.

A suicide bomber blew himself up near a busy shopping mall and a police station in the Somali capital Mogadishu on Tuesday, officials said, with no casualties as yet confirmed.

The European Union announced €39 million ($47.4 million) in humanitarian aid to address the needs of Rohingya in Myanmar and Bangladesh.

Despite the passing of 30 years, the victims of mass rape in Indian-administered Kashmir are still struggling to get justice, Pakistan said.

Mohamed Bazoum was elected Niger’s president in a second round of polls, the election authority of the West African nation said Tuesday.

US Secretary of State Antony Blinken discussed a range of issues with Egyptian Foreign Minister Sameh Shoukry, including partnership and human rights, the State Department said.