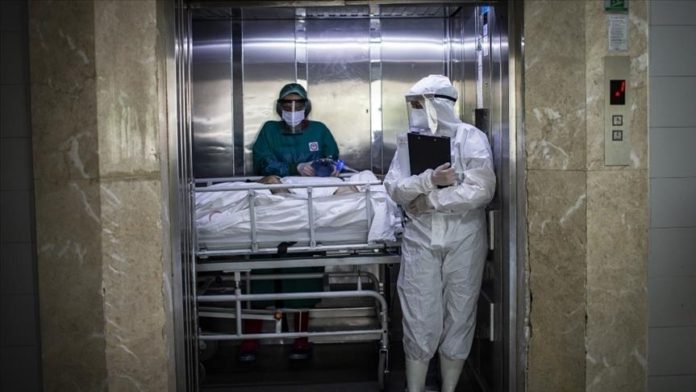 The overall case count has now passed 2.54 million with the death toll at 26,998, according to the Health Ministry.

Some 8,109 more patients won the battle against the virus, taking the total number of recoveries past 2.43 million.

“The national space program will carry our country to an upper league in the global space race,” Erdogan stressed during the introductory meeting in the capital Ankara. 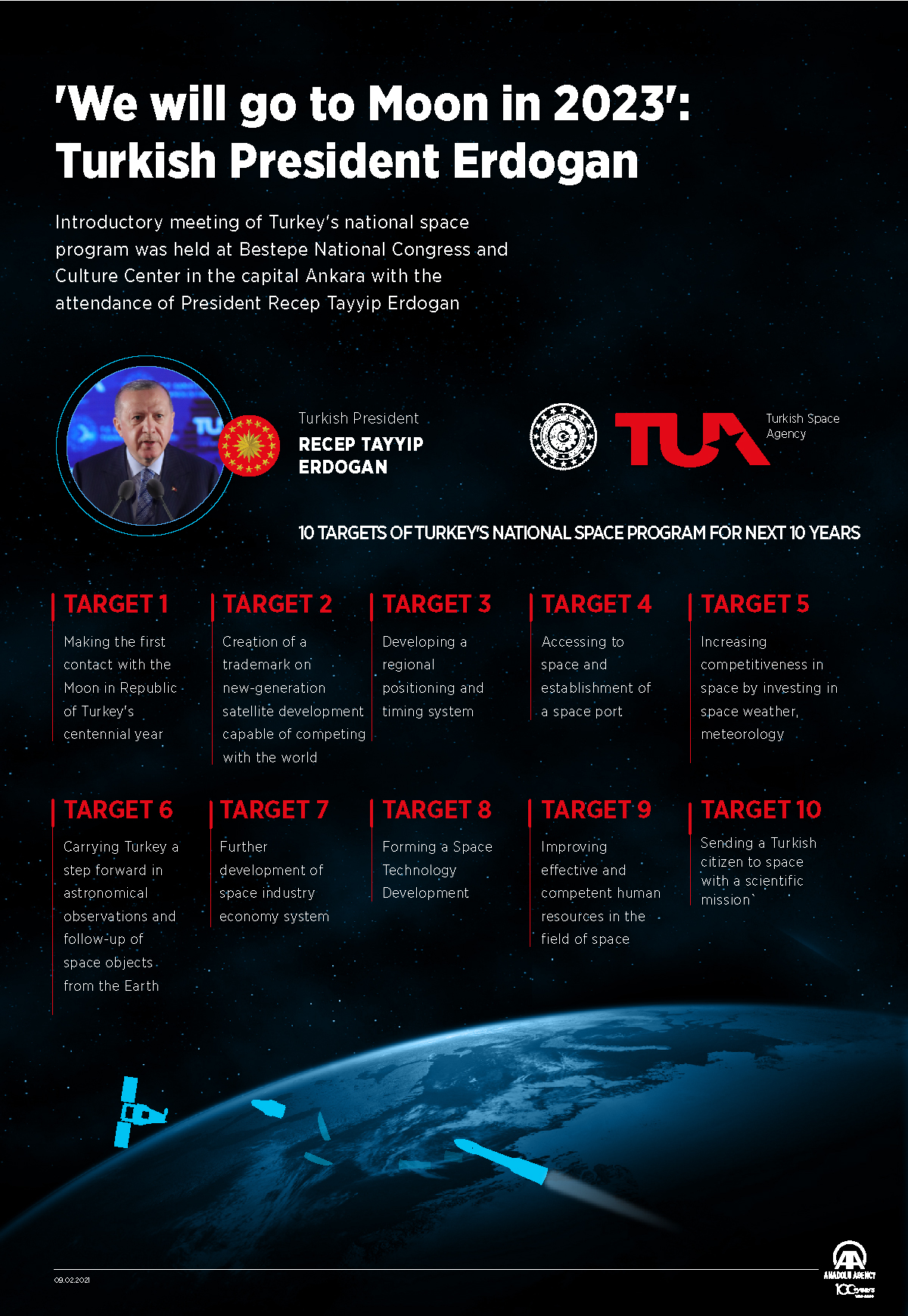 Noting that the program was prepared and will be carried out by the Turkey Space Agency (TUA), Erdogan said Turkey is opening the door to the sky journey of its civilization that pioneered justice, morality and peace in the world for centuries.

Turkish Foreign Minister Mevlut Cavusoglu arrived Tuesday evening in the Omani capital Muscat as part of his official visit to the Gulf country.

Ibrahim Kalin and Emmanuel Bonne discussed Turkey’s relations with the EU and France and the situation in the Eastern Mediterranean, Nagorno-Karabakh, Syria and Libya, according to an official statement by the Turkish presidency.

The re-establishment of relations based on mutual respect and trust was highlighted in the discussion.

France’s Parliament on Tuesday approved an extension of the state of health emergency until June 1. 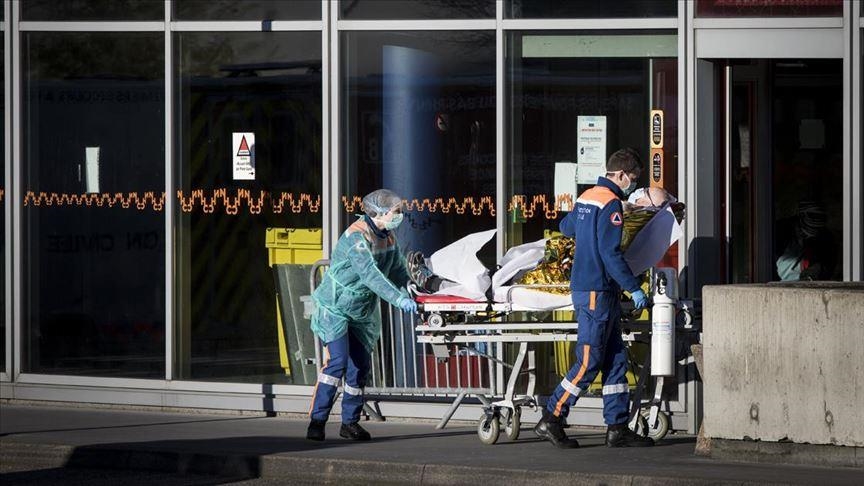 The bill was approved with 278 votes in favor, 193 against and 13 abstentions.

There was a heated debate on the matter between left- and right-wing politicians, with the latter deriding the move as an attack on public freedom.

South Africa has started to see a decline in coronavirus cases, according to data released late Tuesday by Health Minister Zweli Mkhize.

Mkhize said the country recorded 1,742 COVID-19 cases in the past 24 hours with a lower positivity rate of 6.48% compared to the past two months, when the rate was 10% or above.

Greece will impose a total ban on public movement in the Attica region from Wednesday until Feb. 28, the prime minister said in a televised address to the nation.

To stem the further spread of the novel coronavirus, Kyriakos Mitsotakis said that from this coming Thursday, all retail stores, schools, hair salons and churches will shut down.

Schools will return to distance learning except for special education.

Ethiopia is all set to get nine million coronavirus vaccines to be administered in the next two months, the country’s health minister announced Tuesday.

Lia Tadesse made the announcement at a news briefing that coincided with the launch of a national campaign dubbed “no mask, no service.”

During vaccination, priority will be given to health workers and those engaged in the transport sector, local broadcaster FANA quoted Tadesse as saying. The first consignment of vaccines will be received by the end of March, she said.

A mysterious metal monolith that appeared in southeastern Turkey last week has been revealed to be part of the unveiling of the nation’s new space program.

Speaking on Tuesday with an image of the monolith on a screen behind him, Recep Tayyip Erdogan, the nation’s president, quoted from the ancient Turkic words on the structure: “Look at the sky, see the moon.” 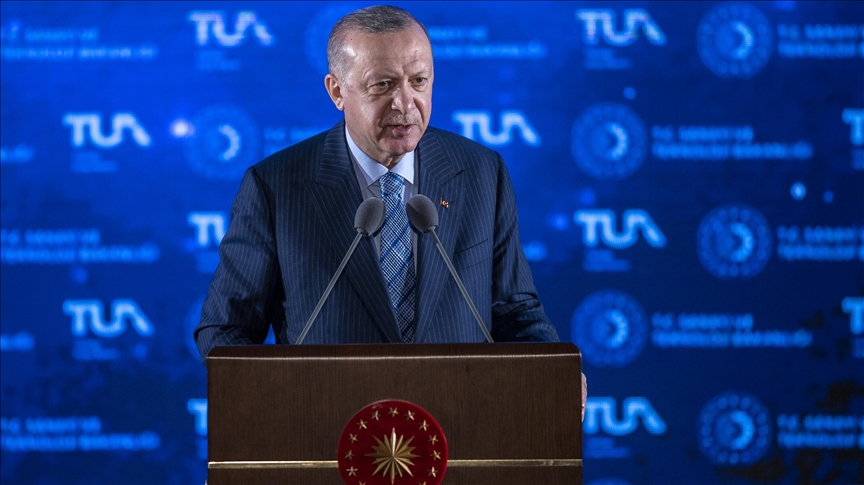 “I hereby introduce Turkey’s National Space Program with its 10-year vision for space,” he said in the capital Ankara.

Meanwhile, China plans to build the world’s biggest hydroelectric dam on the Yarlung Tsangpo River in the Tibetan Autonomous Region, according to state-owned media.

When completed, the mega-dam project will generate 60 gigawatts and have three times more hydroelectric capacity than the world’s largest dam, the Three Gorges Dam.

The new dam will be constructed in Medog County, which has a population of 14,000.