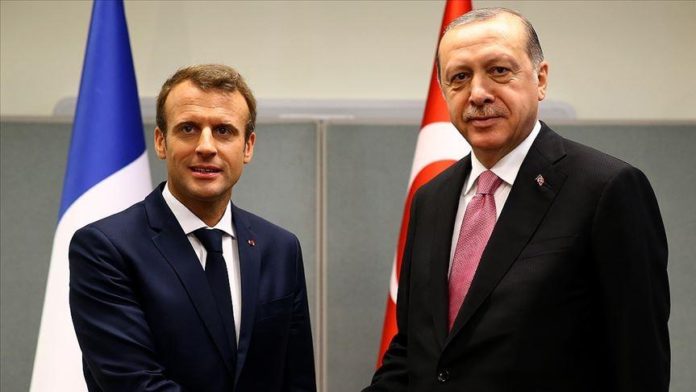 “We reject this assault, as we rejected the decision to recognize the so-called breakaway republics of Donetsk and Luhansk,” said Sedat Onal, speaking at a virtual meeting of the Organization for Security and Co-operation in Europe (OSCE) Strengthened Permanent Council.

Erdogan and Macron discussed Russia’s military intervention in Ukraine and the latest developments, said a statement by the Turkish Communications Directorate.

Ukraine has asked Turkiye to close the Canakkale (Dardanelles) and Istanbul (Bosphorus) Straits to Russian ships, the country’s ambassador in Ankara said Thursday.

Vasyl Bodnar said at a news conference that Kyiv made an official request to Ankara to close Turkiye’s airspace and straits to Russia.

The ministry said in a written statement that the developments regarding Russia’s military intervention in Ukraine and its possible economic and financial impacts are being monitored.

The Health Ministry also recorded 281 deaths and 94,413 recoveries over the past day.

Ukraine’s president said Friday that “enemy sabotage groups” have entered the capital Kyiv and called on the public to be careful and follow curfew rules.

Volodymyr Zelenskyy signed a decree early Friday on a general mobilization of the population as Russian attacks continued. 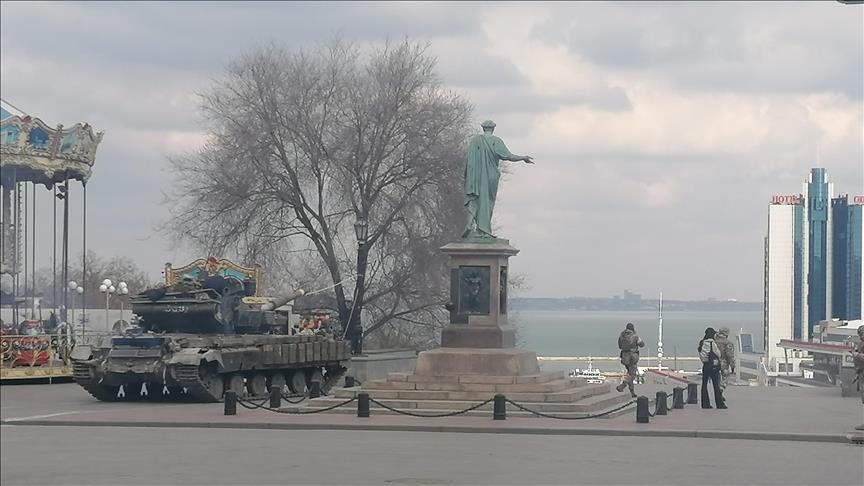 At least 137 people including soldiers and civilians were killed on the first day of Russia’s intervention in Ukraine, he said.

French Foreign Minister Jean-Yves Le Drian called Russian President Vladimir Putin a “dictator” Thursday in a scathing attack for reneging on his commitment not to launch a military intervention against Ukraine.

The US condemned reports that Russian forces had taken staff of the Chernobyl nuclear waste storage facility in Ukraine hostage and called for their release.

President Joe Biden has no intention of sending US troops to fight in Ukraine, White House spokeswoman Jen Psaki said Thursday. “That has not changed,” Psaki said at a press conference.

Meanwhile, the US expelled the no. 2 diplomat at the Russian Embassy in Washington on Thursday in response to a similar move against the American deputy chief of the diplomatic mission in Moscow in mid-February.

“What is happening is a forced measure. We were left with no choice to act differently,” Putin said.

“Civilians in various parts of Ukraine were awoken by sounds of heavy bombardment and are terrified of further escalation, with many fleeing their homes,” UN High Commissioner for Human Rights Michelle Bachelet said in a statement.

More than 1,000 protesters in Russia were arrested at rallies held against the country’s military intervention in Ukraine, a non-governmental organization said Thursday.

US second highest in world in coronavirus deaths