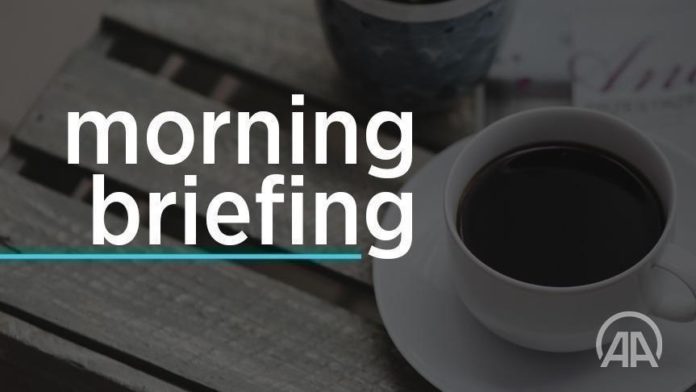 Turkey gave the country’s women the right to vote and to be elected on this day in 1934, well before many European countries, the Turkish president said in a video message Sunday.

Turkey condemned the Dec. 2 attempted arson attack on a mosque on the Greek side of the long-divided Cyprus island.

Turkey has administered more than 120.9 million doses of COVID-19 vaccines since it launched an immunization drive in January, according to the latest figures.

Separately, the Health Ministry recorded 19,357 new coronavirus cases, 185 related deaths and 24,278 recoveries from the virus over the past day.

Criticizing the European stance on refugees, Pope Francis called for globally coordinated action to tackle the issue as he visited the Greek island of Lesbos on the second day of his visit to Greece.

Powerful associates and relatives of Syrian dictator Bashar al-Assad have turned the country into a “new narco-state on the Mediterranean,” according to a report Sunday.

The Palestinian resistance group Hamas has welcomed a Kuwaiti decree banning the entry of vessels carrying goods to or from Israel into the country’s territorial waters.

The Palestinian Authority denounced the fatal shooting of a Palestinian youth by Israeli police as a “war crime.”

The head of Israel’s Mossad intelligence service traveled to the US for talks with officials on Iran’s nuclear program.

UK: Man arrested for not isolating over coronavirus