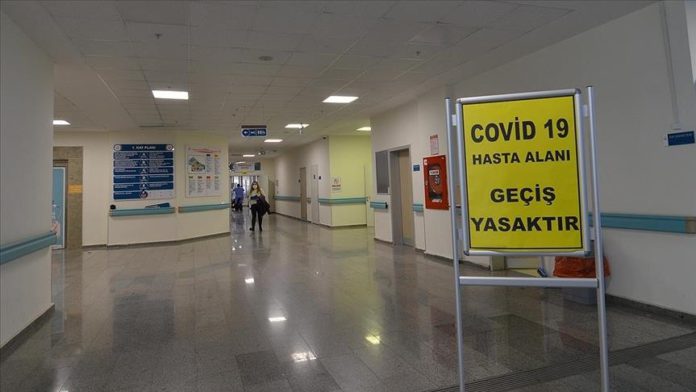 President Recep Tayyip Erdogan urged the nation to join him in showing a willingness to get vaccinated for the virus as he gets ready to set an example for vaccination, with doses due soon in Turkey.

Ankara sent medical assistance to Sri Lanka as part of Turkey’s relief efforts across the globe during the novel coronavirus pandemic.

Turkey rescued 111 asylum seekers, including a group pushed back by the Greek Coast Guard into Turkish territorial waters in the Aegean Sea.

South Korea reported more than 1,200 new coronavirus cases, the highest number of daily infections reported since the start of the outbreak in that country, according to its Health Ministry.

A new strain of the virus also spread to Lebanon as it was detected in a passenger arriving on a flight from the UK.

Japan also confirmed it detected the first five cases of the new strain in passengers returning from the UK.

Pope Francis urged international cooperation to ensure all people have access to vaccines and treatment amid the pandemic.

Ten Palestinians were injured in the occupied West Bank when the Israeli army used rubber bullets and tear gas to disperse protesters, according to witnesses.

Three people were injured and hospitalized early Christmas morning in a massive explosion in downtown Nashville in the US southern state of Tennessee in what is believed to be an intentional act, according to authorities.

Turkish authorities said that the suspension of Twitter accounts of a Turkish group in the US because of manipulation by the Fetullah Terrorist Organization (FETO) was “unacceptable.”

India’s noted Urdu poet and critic, Shamsur Rahman Faruqi, died one month after recovering from the coronavirus, according to family members.

Nationwide demonstrations continued in Armenia with protestors demanding the resignation of Prime Minister Nikol Pashinyan who admitted defeat following a conflict with Azerbaijan in the Nagorno-Karabakh region.