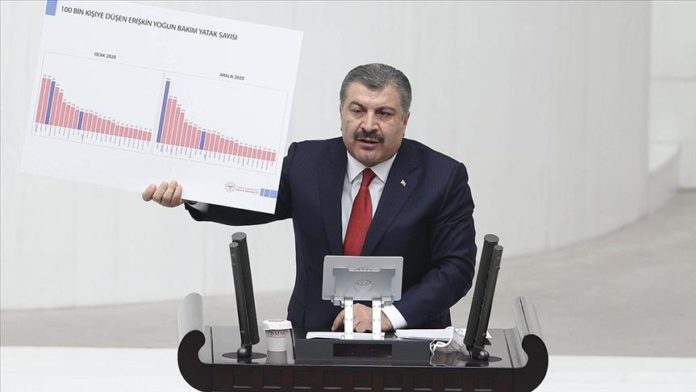 Turkey confirmed 29,136 more COVID-19 infections, including 5,203 symptomatic patients, over the past 24 hours, according to the Health Ministry data released on Saturday.

The EU must discard the pressure it is facing from Greece and the Greek Cypriot administration, said Turkey’s President Recep Tayyip Erdogan.

It is extremely wrong for Turkey’s relations with the EU to be captive to the tricks of one or two states, Erdogan said in a video link address at the opening ceremony of the Manisa-Akhisar Highway in western Turkey.

Unity and solidarity are the keys to success in every field, from political struggle to efforts of expanding rights and freedoms, Erdogan told a Bulgarian centrist political party’s congress.

Turkey’s presidency on Saturday submitted a motion to parliament to extend troop deployment in Libya for 18 months.

The Dayton Peace Agreement brought “much-needed peace” to the people of Bosnia and Herzegovina after years of bitter fighting, Cavusoglu said in a video message on Saturday.

The coronavirus tally has kept rising in Latin America, with the countries reporting over 1,800 more fatalities and 84,000 new cases.

The table of Turkey’s daily COVID-19 recoveries has been updated on Saturday. The recoveries section has been renamed from recovered patients to the number of recoveries as apart from the patients who won the battle against the pandemic, it has included the list of people whose quarantine period has also ended.

Azerbaijan’s president on Saturday said the Minsk group of Organization for Security and Co-operation in Europe (OSCE) has not yet played any role in resolving the Nagorno-Karabakh conflict which recently escalated after Armenian forces launched attacks on Azerbaijani civilians and security personnel.

Azerbaijan on Saturday has commemorated the 17th anniversary of the death of former President Heydar Aliyev. Aliyev, who served at high-ranking positions in the Soviet Union, played a savior role for his country that had been facing the threat of civil war, the Nagorno-Karabakh fight, and economic crisis after independence. 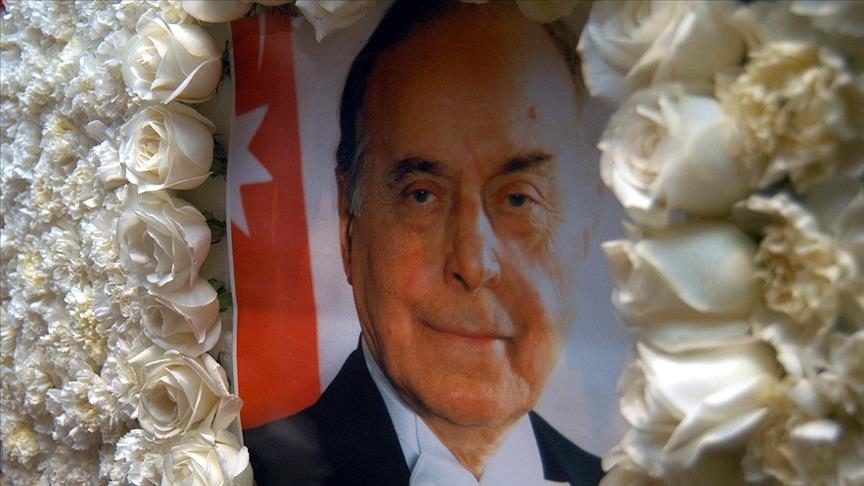 International human rights organizations on Friday urged the UK to support the genocide case against Myanmar at the International Court of Justice (ICJ) in The Hague.

Iranian authorities on Saturday executed a dissident journalist who was accused of fanning anti-regime protests in Iran in 2017. The state media said Ruhollah Zam, the director of the Amad News network, was hanged in the wee hours of Saturday.

Thousands of people gathered in the US capital of Washington, D.C. in support of President Donald Trump for a second time over the Nov. 3 presidential election’s results.

The Afghan government on Saturday floated an idea of executing the remaining steps of crucial intra-Afghan negotiations with the Taliban inside Afghanistan.

Pakistani Prime Minister Imran Khan was chosen amongst the 10 global leaders to showcase climate action at the high level “Climate Action Summit”, said a statement from the prime minister’s office.

The Ethiopian government is launching a campaign to disarm individuals residing in the restive northernmost restive Tigray region.

The UN Secretary-General Antonio Guterres has called for peace in the Central African Republic (CAR), as the electoral campaign began in the landlocked country to choose legislature and the new president. ​​​​​​​

The UN apologized to Ethiopia for a widely reported incident where its staffers breached security checkpoints in the Tigray region.