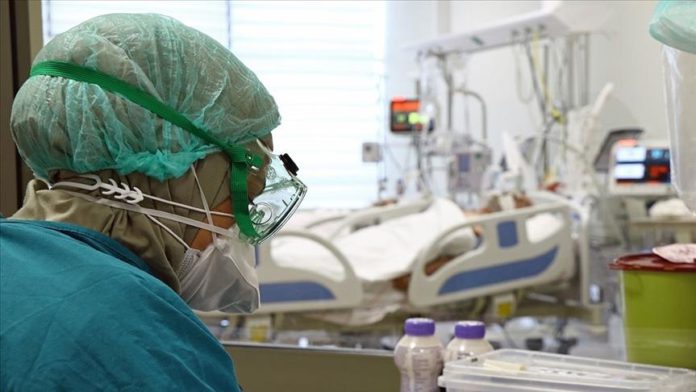 Turkey registered 32,106 coronavirus infections over the past 24 hours, including 5,697 symptomatic patients.

The Turkish president on Friday criticized attempts to impose sanctions on Turkey, warning that such measures would harm all sides.

The EU leaders should comprehend the strategic importance of the bloc’s relations with Turkey and should not allow any initiative that would hinder ties, Turkey’s presidential spokesman said on Friday.

Turkey slammed the declaration coming from a European Union leaders’ summit in Brussels, calling it “biased and unlawful.”

Turkey summoned the Iranian ambassador over unfounded allegations made about the Turkish President, Recep Tayyip Erdogan, according to diplomatic sources.

Italy reported a fall in daily deaths from coronavirus on Friday, but the death toll remained worryingly high despite a deceleration in the contagion curve.

Scientists in Italy detected the virus in a four-year-old boy’s throat secretions, suggesting the virus’ presence in Italy as early as last November.

After the second wave of COVID-19 pandemic followed by a fresh lockdown, the French are looking ahead for better days, starting with easing restrictions from Tuesday.

Germany set a new daily record for COVID-19 cases for the second day in a row on Friday. The Robert Koch Institute (RKI) confirmed 29,875 more coronavirus cases in the past 24 hours, up from 23,679 on Thursday.

The first COVID-19 vaccination in the US could be given on Monday, said Health and Human Services (HHS) Secretary Alex Azar Friday, as Pfizer/BioNTech vaccine is set to receive emergency use authorization.

Russia’s coronavirus fatalities hit a new single-day record on Friday. The virus claimed 613 lives over the past 24 hours, bringing the death toll to 45,893, Russia’s emergency task force said in its daily report.

Migrant communities in the East and Horn of Africa regions have been most exposed to COVID-19 infections, said the International Organization for Migration on Friday.

“We have repeatedly made clear to our UK partners that the principle of fair competition is a precondition to privileged access to the EU market,” said Ursula von der Leyen, the EU Commission president.

US President-elect Joe Biden and his Vice President Kamala Harris were named Person of the Year by the Time Magazine on Friday.

The Constitutional Court in Austria on Friday declared “unconstitutional” the ban on headscarves in primary schools and annulled the decision taken by the far-right government in 2019.

Several humanitarian workers have been killed in Ethiopia’s Tigray region which has been experiencing fighting between a separatist group and government forces since early November.

Reporters Without Borders urges UN to work for release of former...