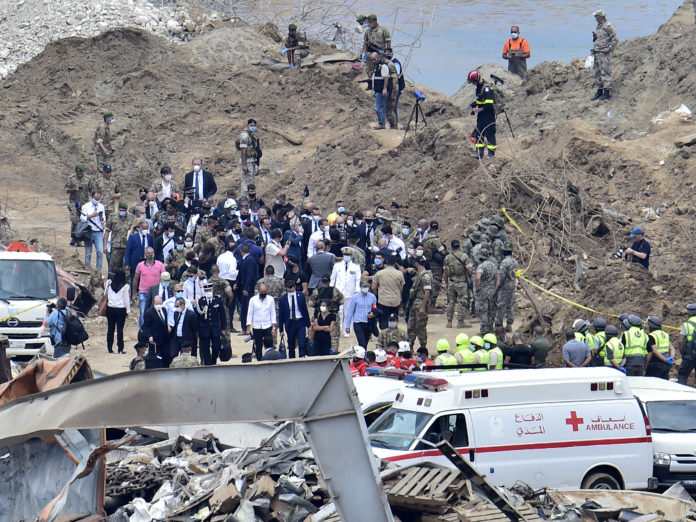 Following Tuesday’s massive explosion at the Port of Beirut, which even affected its surrounding suburbs, many countries and international organizations extended a helping hand to Lebanon.

On Thursday, Iran and the WHO were among those aiding the country, while the US announced that it would send three plane loads of aid.

Iran, one of Lebanon’s key allies in the region, dispatched a second shipment of humanitarian aid to Beirut on Thursday, following the first shipment late Wednesday.

The consignment of humanitarian aid includes mainly food and medical supplies, according to the Iranian Red Crescent Society.

A plane carrying 20 tons of World Health Organization health supplies landed in Beirut to support the treatment of patients injured by the massive explosion, the WHO said Thursday.

“The supplies will cover 1,000 trauma interventions and 1,000 surgical interventions for people suffering from injuries and burns resulting from the blast,” the WHO said.

Proving the country’s dire need for international aid, Lebanon’s economy minister said Thursday that the country’s financial capacity to deal with the impact of the port warehouse explosion is “very limited.”

“The capacity of the state is very limited, and so is that of the central bank and the banks,” said Raoul Nehme. “Grain silos have been completely destroyed, and we need time to evaluate the damage.”

The Port of Beirut was used as a warehouse for basic commodities such as grain, foodstuffs and medicines.

As part of an investigation that has been underway since Tuesday, when the blast occurred, authorities in Lebanon detained 16 employees of the Port of Beirut on Thursday.

Turkey on Thursday confirmed 1,040 more recoveries from the novel coronavirus, raising the tally to 220,546. 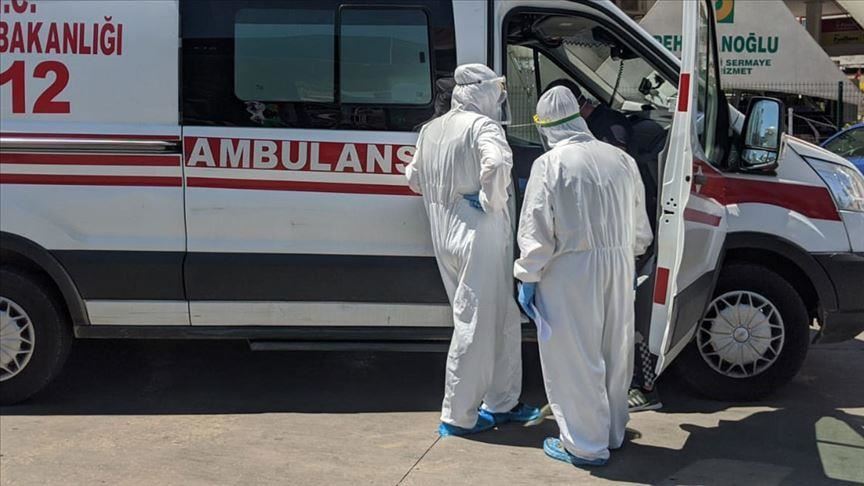 Health Minister Fahrettin Koca said on Twitter that 1,153 people contracted COVID-19 over the last 24 hours, bringing the total number of cases to 237,265.

The country’s death toll from the disease rose to 5,798, with 14 new fatalities over the past day.

Rebuffing allegations that cities are facing huge numbers of cases, he said: “Not a single city is overflowing with patients or a hospital full to capacity due to COVID-19 in Turkey.”

A senior Turkish official visited the Hagia Sophia Grand Mosque on Thursday after its reopening as a mosque last month. 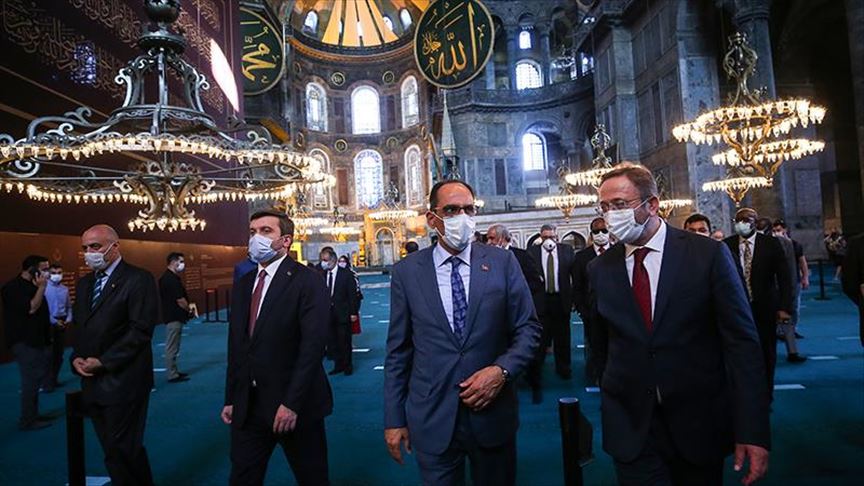 Presidential spokesman Ibrahim Kalin answered questions posed by 30 ambassadors and provided information about the history of the structure.

The terrorists were neutralized during Operation Claw-Tiger.

Also on Thursday, the Turkish Coast Guard rescued 44 asylum seekers who were pushed back by Greek coastal authorities into Turkish waters off the Aegean coast.

Such situations have increased since Turkey opened its gates earlier this year to asylum seekers seeking to cross to Europe, accusing the EU of failing to keep its promises under a 2016 migrant deal.

However, Greece has been refusing the passage of asylum seekers and showing aggression to prevent it.

Since originating in Wuhan, China last December, COVID-19 has claimed over 713,000 lives in 188 countries and regions.

More than 19 million cases have been reported worldwide, while over 11.48 million patients have recovered, according to figures compiled by US-based Johns Hopkins University.

Europe appears to be on the brink of a second wave of COVID-19 amid rising case numbers in country after country.

While countries like Spain, France and Germany witnessed the highest daily increases in months, officials and experts are discussing whether the second wave is here or not.

Meanwhile, the US may develop a coronavirus vaccine prior to Election Day on Nov. 3, President Donald Trump said Thursday. 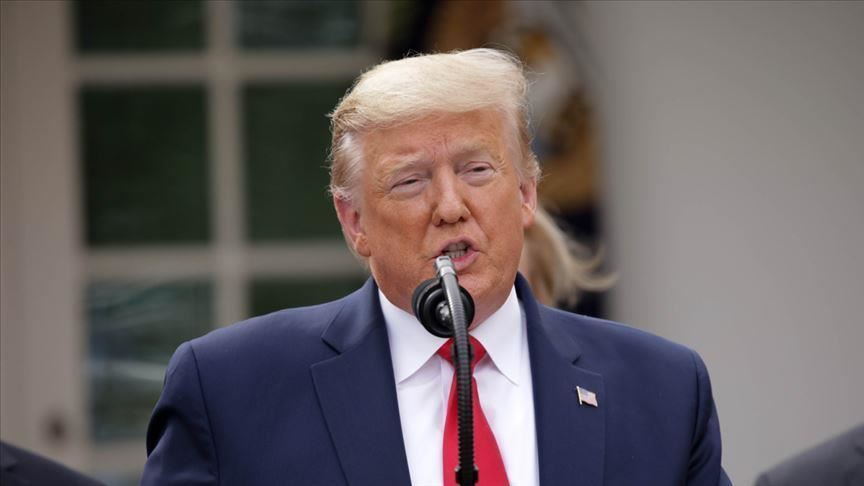 Egypt on Thursday announced that it had signed a bilateral agreement with Greece on the “delimitation of maritime jurisdictions” between the two countries.

Turkey and Libya slammed the “so-called agreement” between Athens and Cairo on an exclusive economic zone (EEZ) in the Eastern Mediterranean.

Stressing that Greece and Egypt had no mutual sea border, the Turkish Foreign Ministry in a statement declared the so-called maritime agreement “null and void.”

Also on Thursday, the UN Food and Agriculture Organization (FAO) said global food prices in July rose for the second month in a row, driven by higher vegetable oil and dairy prices amid the coronavirus pandemic.

Turkey: Some 13,000 from abroad in quarantine amid virus

EXCLUSIVE:‘Talks between India, Pakistan, China vital for peace in Kashmir’