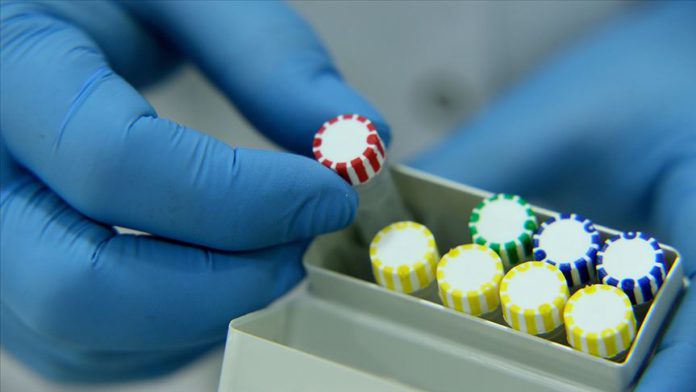 Many people are estimated to be trapped under the debris, and the exact numbers are still unknown.

Lebanon declared an emergency on Wednesday, while the government is offering relief packages for its affected citizens.

European leaders and neighboring and regional countries extended their condolences and offered help to Lebanon.

A Turkish military plane carrying aid and a search and rescue team took off from the capital Ankara late Wednesday and headed to the Lebanese capital of Beirut following yesterday’s deadly blast.

Turkey has carried out over 5 million coronavirus tests since its outbreak in the country in early March, Health Minister Fahrettin Koca announced Wednesday.

Healthcare professionals conducted 53,842 tests for COVID-19 over the past day, raising the tally to over 5.02 million, Koca said on Twitter.

Citing Health Ministry data, Koca said that 1,178 more people contracted the coronavirus in the past day, bringing the total number of cases nationwide to 236,112.

The country’s death toll from the disease rose to 5,784, with 19 new fatalities registered in the last 24 hours.

Turkey’s state aid agency announced Wednesday that it sent emergency humanitarian aid to Oaxaca, Mexico to help people in need in the wake of an earthquake there.

The Turkish Cooperation and Coordination Agency (TIKA) delivered aid parcels to 400 families who were forced to leave their homes, especially in mountain villages with difficult access, after the 7.4 magnitude earthquake on June 23.

Turkey offered its condolences Wednesday to Yemen over floods triggered by heavy rains which killed at least 17 people in eastern Marib province.

The Turkish Foreign Ministry said in a statement that it learned with regret that the floods caused casualties and severe damage in Marib, which is currently facing a “major humanitarian disaster.”

Turkish Republic of Northern Cyprus Prime Minister Ersin Tatar said Wednesday he held fruitful meetings during his visit to Turkey, which addressed a range of issues. “In these meetings, we discussed what kind of process should be carried out in order for the TRNC to become stronger under the current conditions,” said Tatar, speaking to reporters at Ercan International Airport.

Since originating in Wuhan, China last December, COVID-19 has claimed over 706,000 lives in 188 countries and regions.

More than 18.7 million cases have been reported worldwide, while over 11.3 million patients have recovered, according to figures compiled by US-based Johns Hopkins University.

Spain saw significant jumps in both hospitalizations and new COVID-19 cases Wednesday, with nearly 34,000 people in the country infected over the past two weeks, according to the Health Ministry.

At least 10 million Afghans have been infected with the novel coronavirus, a recent survey by the country’s Health Ministry said Wednesday.

On the first anniversary of India’s unilateral move to scrap the semi-autonomous status of Jammu and Kashmir, Pakistan’s prime minister said the people of Kashmir “will be freed” soon.

At least 352 people, including civilians and Indian soldiers, were killed in clashes and search operations across Indian-administered Kashmir in the last year, according to a new report.

Since Indian-administered Jammu and Kashmir was put into lockdown a year ago today, the area has seen a “raft of human rights abuses against Kashmiri Muslims at the hands of the Indian Government,” Britain’s largest Muslim umbrella group said Wednesday on Twitter.

Inter Milan moved to the Europa League quarterfinals Wednesday with a 2-0 win over Spanish side Getafe.

The round of 16 first-leg match was called off due to coronavirus fears, so the fixture was changed to a single elimination knockout competition with the game taking place on neutral terrain at Arena AufSchalke in Germany.

Turkey’s top diplomat reiterated on Wednesday Ankara’s support to Turkmens following an interaction with a minister of the Kurdish Regional Government (KRG) in northern Iraq.

“Will always stand by our Turkmen brothers & sisters,” Mevlut Cavusoglu said on Twitter after a meeting with Aydin Maruf, regional minister for ethnic groups of KRG, who is also an executive board member of the Iraqi Turkmen Front.

Facebook said Wednesday it has removed a video posted by US President Donald Trump over violations of its policies, marking the first time it has removed one of his posts.

The post included a segment from a Fox News interview Trump had taken part in earlier in the day in which he falsely claimed that children are “almost immune” from the novel coronavirus.