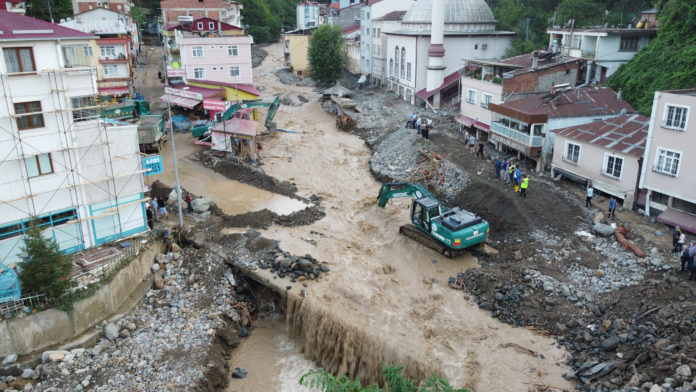 Turkey confirmed 1,217 new cases of the novel coronavirus Sunday, bringing the tally to 258,249.

In a tweet, Health Minister Fahrettin Koca said 795 more patients had recovered from COVID-19 in the past 24 hours, pushing the overall number to 237,165.

The death toll from flooding in Turkey’s Black Sea province of Giresun rose to six Sunday, with a senior official announcing that a second gendarmerie officer’s body had been recovered.

Pakistan extended its condolences to Turkey over recent deadly floods in the country’s Black Sea province of Giresun.

Besides the flooding, the country is also facing a forest fire in southwestern Adana province. Firefighters are trying to contain the fire, which continues to burn in an area covering nearly 200 hectares (494 acres).

Turkey’s seismic research vessel the MTA Oruc Reis will continue its activities in the Eastern Mediterranean until Aug. 27. Turkey issued a NAVTEX (navigational telex) announcing an extension to the Oruc Reis’s research activities with the Cengiz Han and Ataman vessels.

Turkey continues to advance its way in the defense industry in a resolute manner, the nation’s President Recep Tayyip Erdogan said. “It is not possible for nations that cannot be strong and independent in the field of defense to look to their future with confidence,” he said.

US President Donald Trump made a “truly historic announcement” Sunday on the emergency authorization of convalescent plasma to treat patients infected with the novel coronavirus.

Seven more fatalities were confirmed, raising the death toll to 35,437, with a total of 505,470 people recovering, the ministry said in a statement.

Greece reported a record 284 daily cases of the novel coronavirus. Some 17 infections were identified at the country’s entry points, according to the National Public Health Organization (EODY). 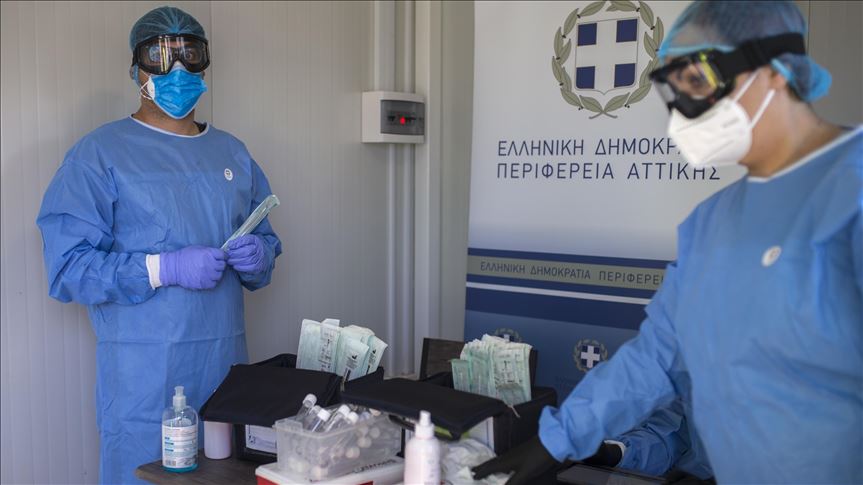 Health authorities in Palestine and Kuwait confirmed new fatalities from the coronavirus outbreak.

Libya and Bahrain also confirmed additional fatalities due to the pandemic.

Since originating in Wuhan, China last December, the pandemic has claimed more than 807,800 lives in 188 countries and regions. The US, Brazil, India and Russia are currently the worst-hit countries.

Over 23.4 million COVID-19 cases have been reported worldwide, with recoveries exceeding 15 million, according to data from US-based Johns Hopkins University.

The four-day sentencing hearing of the terrorist responsible for the Christchurch mosque attacks, the worst mass shooting in New Zealand’s modern history, began Monday morning, according to a local daily.

As the world prepares to observe the third anniversary of a brutal military crackdown against Myanmar’s Rohingya Muslims, hundreds of them living in Pakistan are still looking for their loved ones who went missing.

Even as Rohingya refugees continue to suffer, experts believe that only a strong stand towards Myanmar by regional and global powers can bring relief and help them return to their homes safely.

Facebook played a role in violence in Myanmar that forced hundreds of thousands of Rohingyas to flee their homes to Bangladesh, rights groups have claimed.

Meanwhile, Russian Foreign Minister Sergey Lavrov said Sunday that the Belarusian opposition is not happy over its “waning” support for protests and wants bloodshed.

A delegation from the Afghan Taliban is arriving in Pakistan to discuss the ongoing peace process with the Pakistani leadership ahead of expected intra-Afghan dialogue, said a spokesman for the militant group as well as Pakistani diplomatic officials.

The US-led coalition against Daesh/ISIS withdrew Sunday from Taji military base in Iraq and handed it over to the Iraqi army, according to the coalition.

Iraqi Prime Minister Mustafa al-Kadhimi vowed Sunday to prosecute and punish those involved in recent attacks on activists in the country.

Israeli Prime Minister Benjamin Netanyahu said Sunday he has agreed to extend national budget negotiations by 100 days in order to avoid sending the country to its fourth parliamentary elections in less than two years.

An internal British government document leaked to UK tabloid The Sun allegedly outlines the country’s plans in case of a “reasonable worst-case scenario” of a second wave of the novel coronavirus combined with floods, the flu and a no-deal Brexit.

Bangladesh announced the dates for by-elections in three constituencies of the national parliament, including in the capital Dhaka, amid the novel coronavirus pandemic.

The British foreign secretary said he welcomed the fact that Russian activist Alexei Navalny was receiving treatment in Germany following his suspected poisoning and called for a “full and transparent investigation” into the incident.

Hundreds of people in Libya held peaceful demonstrations to protest worsening living conditions and corruption at state institutions. Some of the protestors were injured in shootings as security forces were dispersing the demonstrators, among which some groups damaged vehicles in the area.