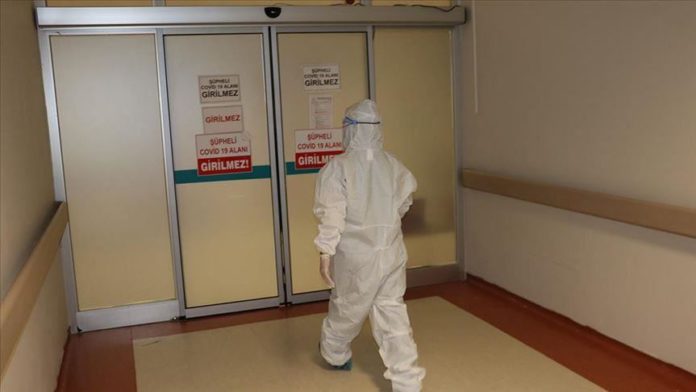 Turkey on Tuesday confirmed 942 more recoveries from the novel coronavirus, bringing the tally to 232,913, according to the country’s health minister.

The country’s death toll from the disease rose to 6,016 with 20 new fatalities over the past 24 hours.

As part of the country’s counter-terrorism efforts, Turkey “neutralized” three terrorists in northern Syria, near the country’s southern border.

Turkey’s defense minister reiterated Tuesday that Turkey will always help Libya maintain its integrity, security and ensure the prosperity of its people.

Meanwhile, the Turkish parliament issued a report elaborating on religious and cultural problems faced by the Turkish minority in Greece.

Turkey rescued 42 asylum seekers who were pushed back by the Greek Coast Guard into Turkish territorial waters in the Aegean.

In a newly revealed video, US Democratic presidential frontrunner Joe Biden said he would seek regime change in Turkey and could support the opposition to topple President Recep Tayyip Erdogan in 2023 elections.

Omer Celik, Turkey’s ruling Justice and Development (AK) Party spokesman, said that no one can hijack or destroy the country’s democracy.

Numan Kurtulmus, deputy chairman of the AK Party, said such statements are illogical, inconsiderate and outside of political decency for a person who seeks to become the leader of a country.

The WHO’s director-general called on countries to share their supplies to fight COVID-19 strategically and globally, warning against “supply nationalism” around the development of vaccines and medicines.

A new study published in the UK suggests a possible link between the coronavirus and the development of type 1 diabetes in children.

The number of British adults reporting some form of depression almost doubled during the coronavirus pandemic, according to a new report from the Office for National Statistics.

The Red Cross said it recorded more than 600 incidents of violence, harassment or stigmatization against healthcare workers, patients and medical infrastructure over coronavirus cases during the first six months of the pandemic.

After registering over 55,000 new infections in a 24-hour period, India’s virus cases topped 3 million, while the death toll reached 51,797.

One of the world’s worst-hit countries, Brazil, reported 684 new deaths from the novel coronavirus, while the country’s tally of confirmed cases passed 3.36 million.

Russian Energy Minister Alexander Novak has tested positive for COVID-19. The virus has claimed the lives of more than 15,800 people, while over 742,000 have recovered.

In France, the wearing of masks will be compulsory in workplaces as of Sept. 1 to stem the spread of the virus.

Belarusian President Alexander Lukashenko announced Tuesday that he had ordered the deployment of troops on the country’s western border in full combat readiness.

Belarus must demonstrate full respect for fundamental rights, including freedom of speech and the right to peaceful protest, the NATO chief and Polish president agreed on Tuesday.

Keita announced his resignation and the dissolving of parliament, expressing regret for the loss of lives during demonstrations held on July 10-12.

The United Arab Emirates’ national security advisor received the head of Israeli spy agency Mossad as part of a normalization deal between their countries.

Israel said a deal to normalize relations with the UAE does not include the US sale of F-35 fighter jets to the Gulf state.

The head of the US Postal Service said he is halting all operational reforms to the mail delivery service amid an outcry from largely Democratic critics.

Multiple mortars were fired by unidentified assailants towards the diplomatic enclave in the capital Kabul amid Independence Day celebrations in Afghanistan.