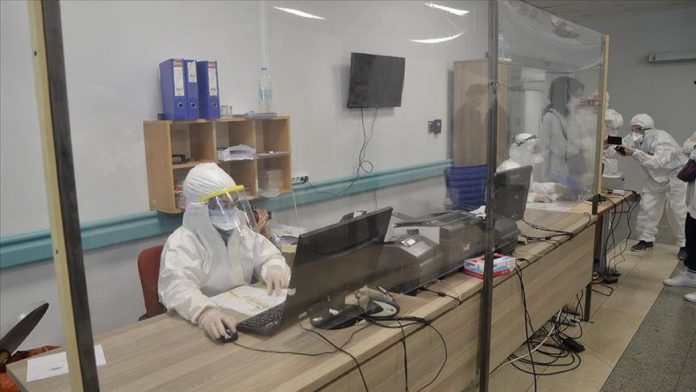 Turkey confirmed on Wednesday 1,313 new cases of the novel coronavirus, bringing the tally to 262,507.

Health Minister Fahrettin Koca announced on Twitter that the total number of recoveries had reached 239,797.

President Recep Tayyip Erdogan discussed bilateral relations and regional developments over the phone with his US counterpart Donald Trump on Wednesday, especially regarding the Eastern Mediterranean.

Erdogan told Trump that Turkey is not a party creating instability in the Eastern Mediterranean, the Turkish Communications Directorate said in a statement.

Turkey will take whatever belongs to it in the Mediterranean, as well as the Aegean and the Black Sea, said Turkey’s president, speaking at a ceremony marking a key Turkish military victory nearly a millennia ago.

The presence of French warplanes in the Greek Cypriot administration’s area is against the 1960 treaties for the island, said a Turkish Foreign Ministry spokesman.

Turkey took part in naval training exercises with allied forces in the Eastern Mediterranean Sea Wednesday, according to its National Defense Ministry.

US special envoy for Syria James Jeffrey arrived in Turkey with a delegation to discuss the latest efforts to resolve the nine-year Syrian conflict. 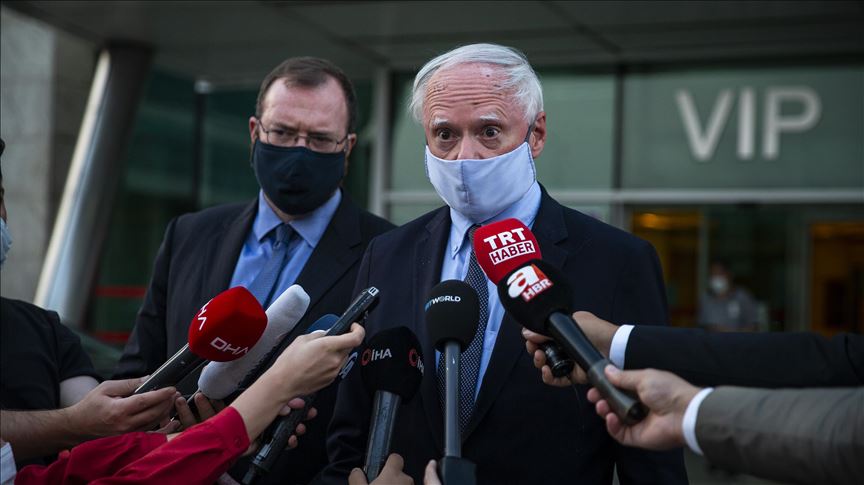 Turkey rescued 22 asylum seekers who were illegally pushed back by the Greek Coast Guard into Turkish territorial waters in the Aegean, a security source said.

The steady trade volume between Turkey and Moldova despite the coronavirus pandemic is an indication of bigger potential, said Turkey’s foreign minister.

Turkey’s state-run aid agency strengthened the information infrastructure of a resource center in Mozambique to help the country’s historical research.

The number of novel coronavirus cases worldwide topped 24 million on Wednesday, according to a running tally by the US’ Johns Hopkins University. 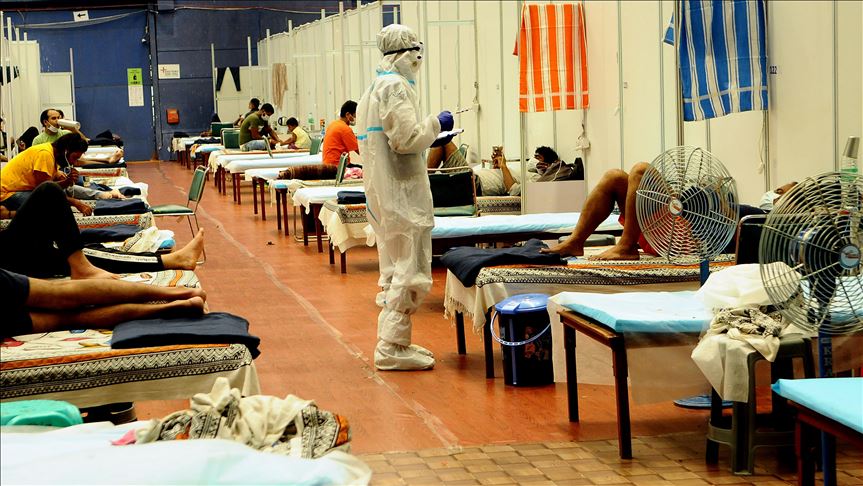 Six months after the first coronavirus case was reported in the Latin America and Caribbean region, the pandemic has left more than 265,000 dead and over 7 million infected.

Libya on Wednesday announced a four-day complete lockdown in the capital Tripoli amid a rising number of coronavirus cases.

Greece confirmed 293 more cases of the novel coronavirus in the last 24 hours – the highest daily spike since the outbreak began in the country.

Spain continues to lead Europe in terms of new coronavirus infections, and hospitalizations are beginning to rise fast with 922 more COVID-19 patients admitted in the past 24 hours, according to Health Ministry data. 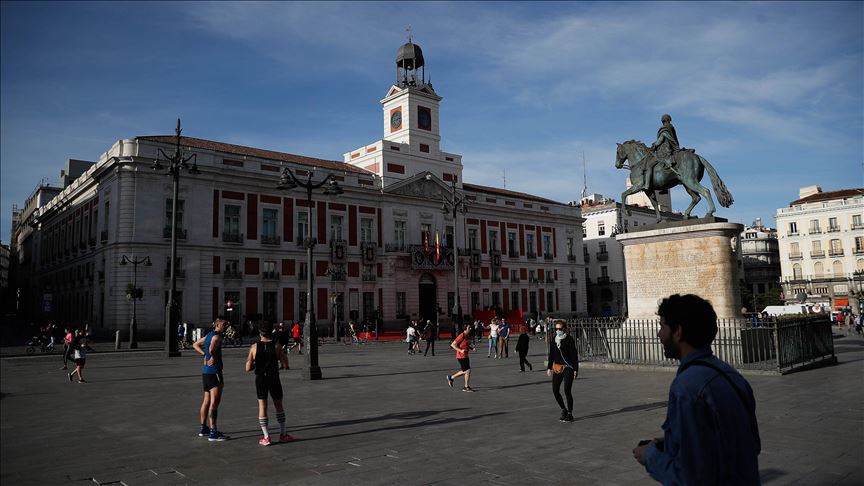 A change in seasons has not deterred health officials from remaining vigilant in France, as the number of COVID-19 infections remains high nationwide.

Swiss health authorities said the Alpine nation had recorded 383 new lab-confirmed cases of the novel coronavirus in the past 24 hours – the highest since mid-April.

A chemical substance in insect repellants may become a new weapon against the novel virus, said a group of UK military scientists on Wednesday.

Meanwhile, Ukraine is closing its borders to foreigners staring Saturday due to growing coronavirus cases, the country’s prime minister announced.

Iraq, a country that has imposed strict measures to contain the spread of coronavirus, continues to struggle with the outbreak.

A new study shows that coronavirus vaccines may not work as effectively for obese people, who are also 48% more likely to die from COVID-19. 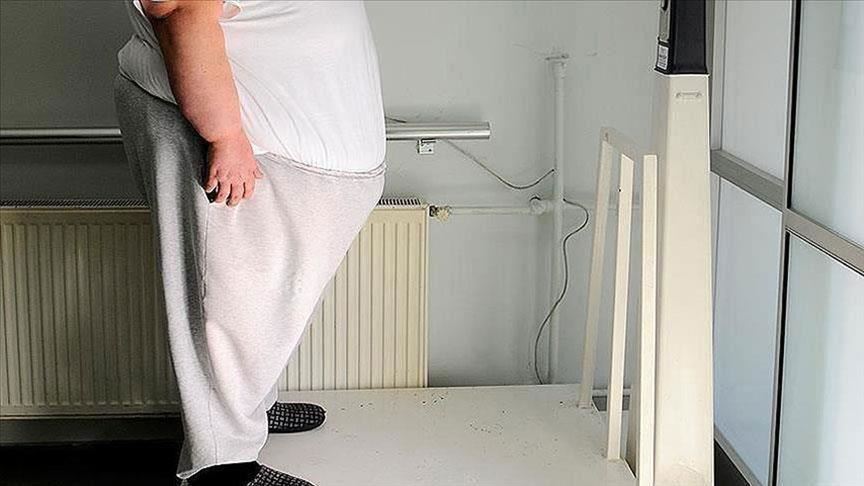 Coronavirus cases and fatalities continued to rise across Eurasian and Central Asian countries.

Health authorities in Myanmar reported 106 new cases of the novel coronavirus, the highest single-day surge since the first case was detected in the country in March.

A 29-year-old Australian white supremacist who killed 51 Muslim worshippers last year in New Zealand has been sentenced to life in prison without the possibility of parole in the first such ruling ever handed down in the country, local media reported early Thursday.

Brenton Tarrant had refused to make an oral submission for the March 2019 massacre.

The US’ Trump announced he is sending federal forces to Kenosha, Wisconsin after three people were shot overnight, including two fatally.

The US slapped new restrictions on certain Chinese state-owned enterprises and executives for “malign activities” in the South China Sea, effectively starting a war on China’s Belt and Road Initiative.

Bosnia and Herzegovina is facing a rising refugee flow, according to a senior politician Mustafa Ruznic.

At least 20 villagers were killed in an attack blamed on a Ugandan rebel group in eastern Democratic Republic of Congo, the military and a local NGO said.

The US NBA postponed three playoff games after the Milwaukee Bucks refused to take to the court in protest of racial injustice and police brutality after the shooting of a Black man in Wisconsin. 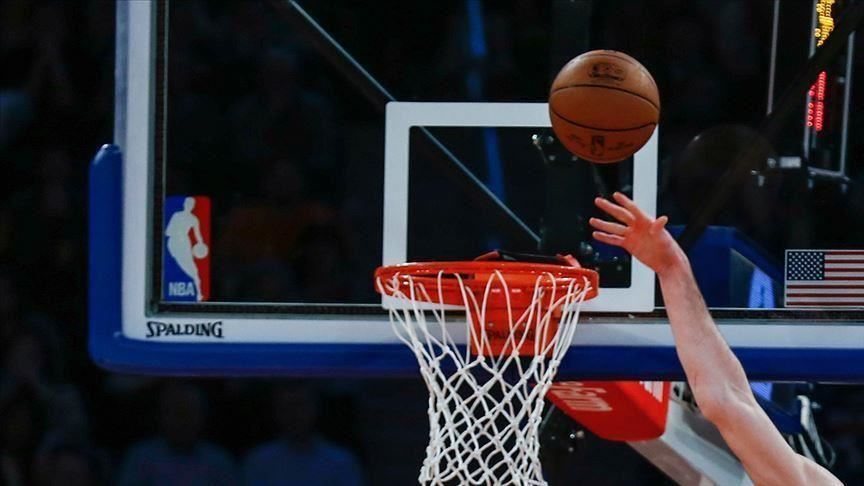 The Earth has been passing through a huge radioactive cloud left behind by an exploded star for the last 33,000 years, according to a study.

Vietnam condemned on Wednesday China’s military activities in the disputed South China Sea, calling them “against the country’s territorial integrity and regional peace.”

EU Trade Commissioner Phil Hogan resigned after his participation at a social event broke Irish rules towards curbing the novel coronavirus and caused a scandal.

The head of the armed Hashd al-Shaabi group in Iraq met with Syria’s president in the capital Damascus to discuss strategic cooperation between the two countries.

The EU and Canada called on Belarusian authorities Wednesday to accept a proposal by the Organization for Security and Cooperation in Europe (OSCE) to send a high-ranking delegation to Minsk to assist in the country’s political process in the wake of disputed elections.

The international body of French-speaking countries on Wednesday suspended Mali’s membership in the wake of last week’s coup.

The UN Refugee Agency (UNHCR) expressed sadness over a killing and a suicide in one of Kenya’s refugee camps. 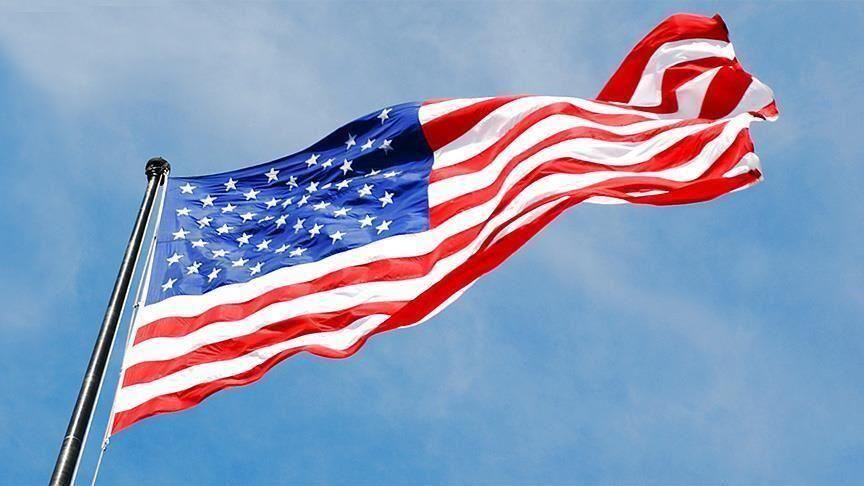 Germany’s defense minister urged countries in the Eastern Mediterranean to make a fair agreement among all parties to resolve tensions in the region.

After two days of intensive deliberations with a delegation from the UN’s nuclear watchdog, Iran agreed to provide access to two of its nuclear sites.